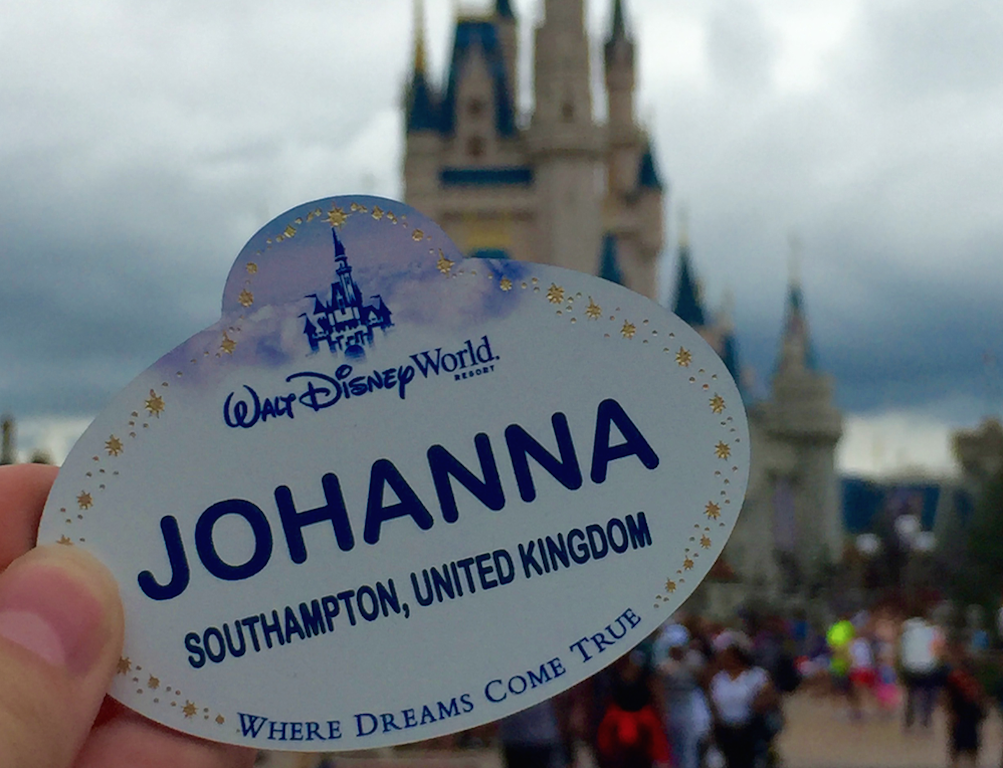 When I tell people that I was a Disney cast member, one of the first questions I get asked is if the magic is now destroyed for me after seeing how it’s all created. Having witnessed what could be described as “less than magical” things backstage on a daily basis, you’d likely expect there to be some sort of detrimental effect, but in short, the answer is no, it does not destroy the magic — and here’s why:

Before I left for Orlando on my International College Program, the thought never crossed my mind that I could potentially be spoiling the illusion of magic that the Disney Parks have created my whole life, that years and years of family vacations could be ruined by discovering the secrets that guests aren’t supposed to know. More than anything, I was excited to see the mysterious and unknown backstage areas that I had only heard about and imagined.

When the day finally came around for my Traditions class (an introductory session that all cast members attend on their first day of training), I knew that the highlight was going to be seeing Magic Kingdom’s backstage areas in the flesh, if my research from more blogs and vlogs than you can count served me correct. I was there, witnessing the myth, the legend that are the utilidors, feeling like my life was now complete. How could life get any better? Then I walked passed Cinderella before the bibbidi-bobbidi-boo and realized that this was going to be some crazy weirdness but super coolness.

For those who don’t know, the main backstage area of Magic Kingdom is underneath the level you walk on as a guest, and these are referred to as the utilidors or, in CM speak, the tunnels. What is really cool about the tunnels is that at various points there are maps showing you exactly what is above you, so you can actually stand under the castle! It’s basically a maze down there, so you can get pretty lost; it took me quite a few attempts to get to my work location, Frontierland, on my first few shifts.

I got to see lots of backstage madness, like you’d imagine, but this just enhanced the magic for me; knowing what the back of Splash Mountain looks like makes me appreciate the front all the more. But being a cast member wasn’t just about what I saw, but what I did. I was a custodian which meant I was keeping the parks clean, which isn’t the most glamorous of roles but I actually really enjoyed it. I got to make magic every day by pin trading, giving out stickers and FastPasses or just generally keeping the show alive and making sure everyone’s vacation was as fun as can be — just like every other cast member. Making magical moments was the best! When you’re the one creating the magic, how could it possibly be destroyed?

I don’t know if it was because my program was only three months that the “honeymoon phase” of being a cast member never wore off. Maybe it was because my attitude wasn’t that I was just doing a job that had to be done to make money; for me it was an experience. I was having the time of my life, living in a foreign country, working in my favorite place and making great friends from all over the world. I’d imagine that this is slightly different to permanent cast members who are there to make a living, so maybe the “College Program effect” distorts my opinions to an extent.

But does Disney get boring? If you’re working and living in the same place for a few months I guess it could become mundane. But I ask you this: could the home of happiness that lets you escape from the real world, immerses you in the wonder of storytelling and creates joy and magic for everyone, ever get boring? In my opinion, of course not! Yes, my job involved cleaning up other people’s trash and I’m not gonna lie, it was a little disgusting sometimes and a heck of a lot of hard work, but when your boss is a cartoon mouse, you can’t take things too seriously.

There was something quite special about stepping out from a tired, grubby backstage area into the Wild Wild West, where it felt like a showdown could happen at any moment and a lassoing cowboy could come over yonder. I loved walking around the empty land after park closing just humming along to the music loop, sweeping up popcorn and cleaning down trash cans. If I was doing this job anywhere but Disney, I think it would get tedious pretty quickly, but Disney is a place where anything can happen; dreams come true after all.

I definitely did not have enough of Disney after being a cast member. If anything, its made me want to travel there more often — I can’t stay away! Trust me, watching Happily Ever After almost every day for three months does not get old. Seeing guests’ first reactions to Happily Ever After also does not get old. Coming home and not having the choice of what firework show I was going to watch each evening was a struggle! Why doesn’t the real world have fireworks every night?

Even though I saw lapses of magic, every time I enter the park as a guest all that seems to disappear or even enhance my experience; knowing the hard work that goes into making unforgettable experiences makes me appreciate it all the more. The less-than-magical things became quite magical.