Dressing Up Disney Without Leaving Your House 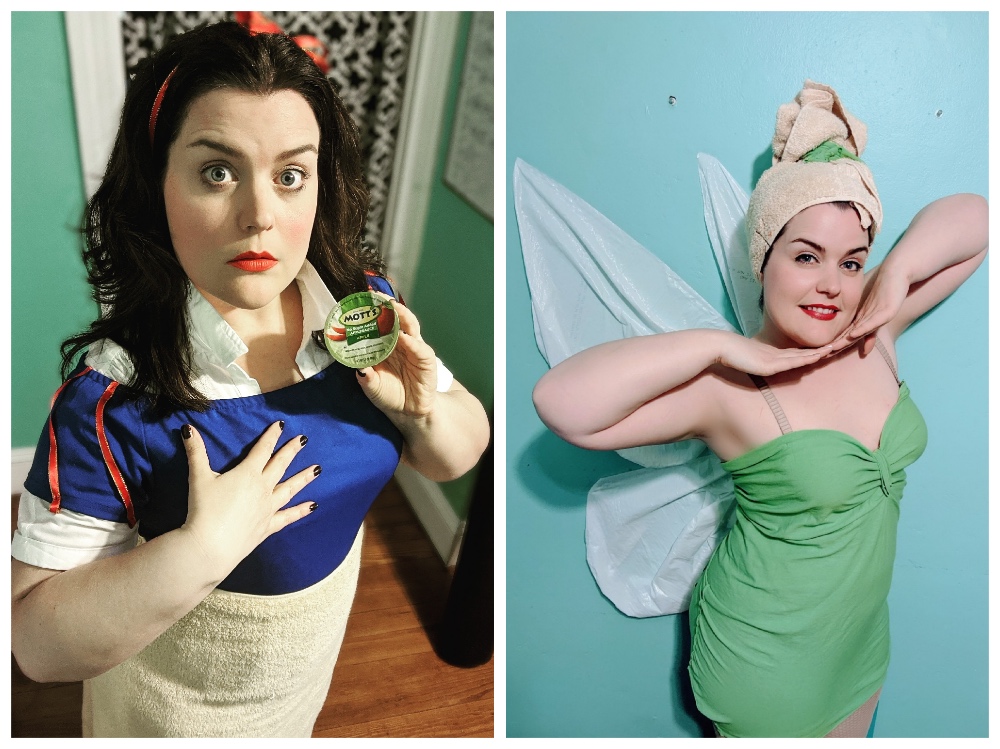 Meeting a Disney princess is a truly magical part of any trip to the Disney parks. During this extended social isolation, revisiting character meals and visits that my family and I have had over the years really raises my sprits. But my friend Liz (@cosbrarian) took it another step further.

Like much of the world’s population, librarian and cosplayer Liz is sheltered in place with a calendar full of postponed and cancelled events. But she decided that being home alone was no reason not to dress up like a Disney princess. It just takes a little imagination.

Liz went through her closet, linens, sewing basket and more to recreate the costumes of Disney characters with whatever she could find in her home. For Cinderella, she started with a kimono over a petticoat and added towels, pillowcases, and some scraps of trim.

Sleeping Beauty‘s Aurora is Liz’s favorite Disney princess. She said that Aurora’s gown was the hardest outfit to achieve due to the specific shapes of the design – and she had to recreate them in two colors! My favorite detail is the bubble mailer crown.

Belle’s everyday outfit is Liz’s own clothes with a pillowcase apron and a Thera-band bow, but the ballgown includes a shower curtain! And the rosette decorating her (cardigan) top is made out of a sock.

I am so impressed with Liz’s creativity. Her use of towels and sweaters for wigs is particularly ingenious! And making tissue paper flowers or adding eyes to household objects is a great DIY activity for kids.

Liz proves that Disney magic can be found in the most mundane household objects – Tinker-Bell’s wings are made out of a garbage bag! – and that’s a message we can all embrace while waiting for the parks to reopen.

Liz’s favorite look so far was Cinderella because she feels like she “completely nailed it” and didn’t expect to be able to. I can’t decide which is my favorite – I love them all!

You can see all of Liz’s creations on her cosplay instagram account. I’d like to thank her for sharing her thoughts with me, and if she’s inspired you, we’d love to see your looks!