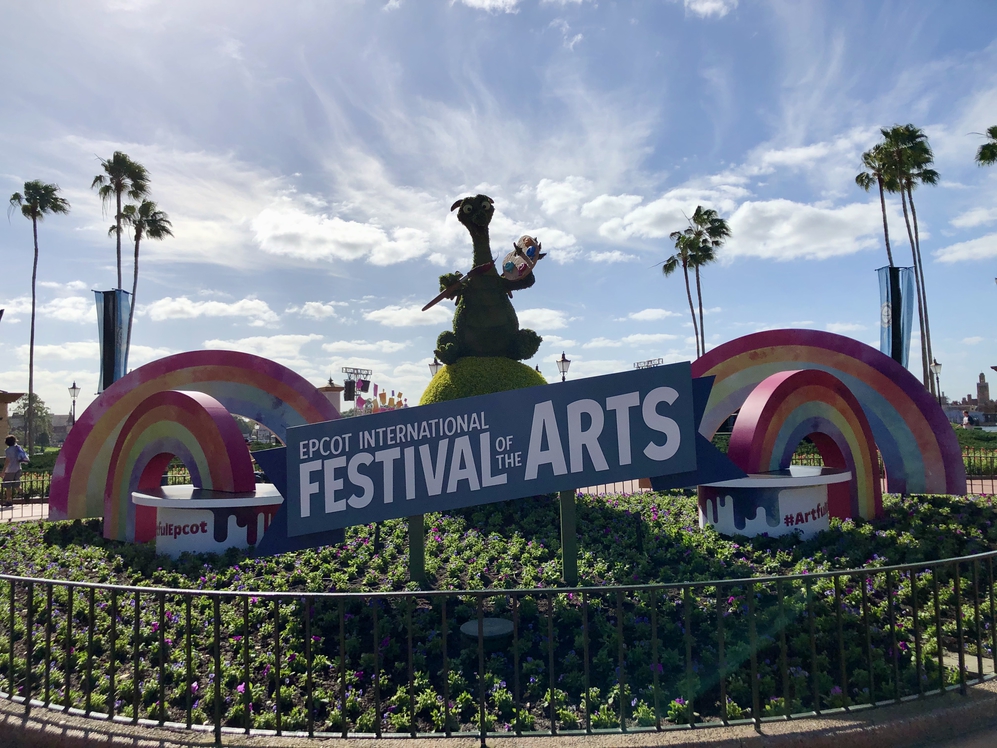 I think there are two kinds of guests that visit Epcot: the first wants to drink around the world, while the second wants to learn something. Epcot has unconsciously rebranded itself as “The Festival Park,” because you would be hard-pressed to plan a visit to Epcot without also overlapping an ongoing festival.

Epcot History. When Epcot was first imagined by Walt, it was his Experimental Prototype Community of Tomorrow (hence the name EPCOT), and the second park to launch in Walt Disney World. Walt envisioned EPCOT to be a “planned community that would serve as a center for American innovation and urban living”, but, after Walt’s death, the Disney company decided to go in a different direction primarily because the logistics of running a fully operational city seemed too uncertain.

Epcot, when it was opened in 1982, debuted as two-parks-in-one: Future World, which housed the majority of the park’s attractions with most being sponsored by a big-name company, and World Showcase, which houses 11 international pavilions staffed by cultural representatives of each country.

Epcot remained the educationally-minded park in most people’s minds. Where else could you go and enjoy attractions while also learning about space (Mission: Space), energy (the now closed Universe of Energy), the oceans (The Seas with Nemo and Friends and Turtle Talk with Crush), the human body (the now closed Body Wars), innovations in transportation (Test Track), communication (Spaceship Earth), agriculture (Living with the Land), and imagination (Journey into Imagination with Figment)? While Epcot sometimes has a bit of an identity crisis in Future World, it manages to deliver some of the best opportunities for learning while on vacation! While U.S. Disney parks were, until the last few years, historically “dry,” Epcot has openly embraced the serving of alcoholic beverages (since its opening day!), which brought with it a new element (and type of visitor) to the park. 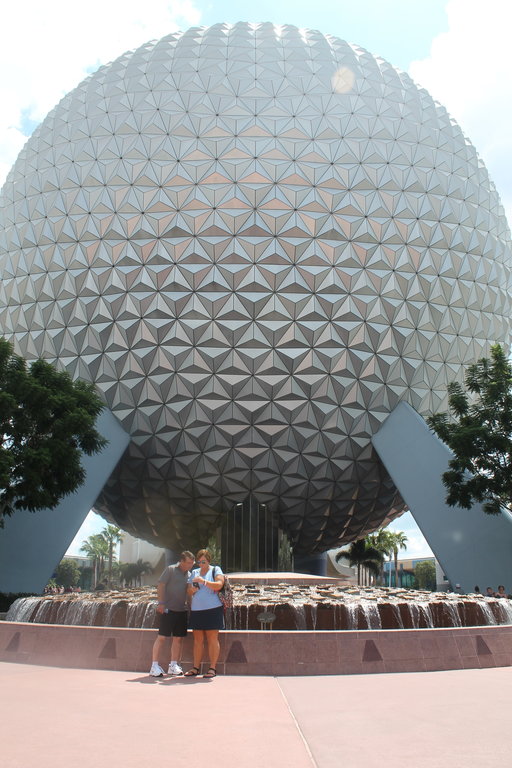 Epcot has seemingly worked to rebrand itself from just an educational pitstop on the family vacation into something of a destination in and of itself. With a wide range of festivals running almost non-stop around the calendar, there is something for everyone. From the biggest draw, the Epcot International Food and Wine Festival, to the newest, the Epcot International Festival of the Arts, many people now plan their vacations around their favorite Epcot festival.

There are four main festivals held in Epcot throughout the year:

Epcot International Food and Wine Festival. Somewhere down the line, someone decided that World Showcase needed a boost of fresh ideas to attract more visitors to that half of the park, and as a result, in 1995, the first iteration of the largest and longest running Epcot festival, the Epcot International Food and Wine Festival, debuted. Food and Wine fest generally kicks off in late August and runs through mid-November. Festival offerings include food and beverage booths, live concerts from a wide range of artists and genres, seminars, cooking demonstrations, a scavenger hunt for kids, and limited edition festival merchandise. This one tends to be the biggest draw in terms of crowds and thus has the greatest number of kiosks and food/drink offerings.

Epcot International Festival of the Holidays. From mid-November through the end of December, Epcot offers up some of the best holiday festivities you can find anywhere with Epcot International Festival of the Holidays. Starting off with its crown jewel (although canceled this year), Candlelight Processional, is a telling of the traditional Christmas story by a celebrity narrator accompanied by an orchestra and chorus. Other offerings during this festival include special holiday food booths, Holiday Storytellers, cultural holiday celebrations in each pavilion, live music honoring Christmas and Kwanzaa, a holiday themed scavenger hunt for kids, and limited edition festival merchandise. This event is well executed and brings the holiday spirit to guests in a variety of cultural ways in addition to simply offering food and wine booths.

Epcot International Festival of the Arts. The newest addition to the Epcot festival scene is Epcot’s International Festival of the Arts, which made its debut in 2017. Running from mid-January through the end of February, this festival celebrates all things art: the culinary arts, the performing arts, and the visual arts are all represented here. And, because it wouldn’t be an Epcot festival without food kiosks, there are plenty of them. For the Festival of the Arts, the focus is on artfully prepared items such as the popular deconstructed foods booth, and the eat-your-own-art booth (a.k.a. decorate your own food). In addition to the food offerings, there are art presentations, guided art lessons, tons of pop up art galleries, fun art-inspired photo ops, the Disney Broadway concert series, and, of course, festival-specific merchandise. Plenty of activities for kids are here too, including drawing classes, an art-themed scavenger hunt, and a giant mural where everyone is invited to add their own touch. This is probably the most “hands on” festival, as there are many opportunities to get creative while also enjoying some very good art.

Epcot International Flower and Garden Festival. Rounding out the Epcot festivals is the Epcot International Flower and Garden Festival. From early March through early June, Epcot transforms into a land of colorful and lush topiaries and blossoms. Like the other festivals, this one has food booths that reflect the theme, as well as gardening exhibits and workshops, the Garden Rocks concert series, and festival merchandise.

Despite the handful of out-of-control guests, Disney does a rather decent job of offering something for everyone at these festivals. Contrary to popular belief, you do not have to be a drinker to enjoy yourself at one of Epcot’s seasonal festivals. Epcot has increasingly been stepping it up when it comes to things for children to do at the festivals, which is nice for parents because convincing your child (at least mine) to visit World Showcase is sometimes the equivalent to getting them to do their homework.

The common denominators in all these festivals are twofold: Disney’s ability to sell a record number of festival-themed alcoholic drinks and speciality food items, and their ability to push limited edition festival merchandise. Sell, sell, sell! But guests drink it up (pun intended), and the results are that these festivals draw in record numbers of crowds, especially on weekends and during holidays. Sometimes to the point where rowdy (read: DRUNK) guests become a vacation killer for other guests.

Whether or not Epcot (or more accurately, Disney) is onboard with its new identity remains somewhat ambiguous. On one hand, these festivals are no doubt bringing in guests who would not have considered a Disney vacation before, as well as boosting the number of guests visiting the park overall which is certainly good for Disney’s bottom line. However, there are the Disney purists that feel that Walt would be rolling over in his grave if he saw the way alcohol is consumed and made a central part of these festivals.

Do you think Epcot is going overboard with all these festivals? Would you like to see them go back to the pre-festival days? Do you think Epcot should expand its festival offerings (mid-June to mid-August is still festival free FOR NOW)? Do you have a favorite festival?

Notes: Festival offerings and start/end dates are subject to change, these are just historical and/or recently added ones. Also, during usual festivals, most of these offerings incur an additional fee and/or require pre-registration. Be sure to check ahead of time so you don’t miss out on something you’d like to experience! 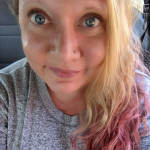 Born with the "D" gene and happily passing it along to my son. Still mad that I can't wear my Minnie ears 24/7. Love Dole Whips and Mickey Pretzels with plastic cheese, but think Turkey Legs are overrated. Lives on Long Island, NY but looks forward to annual pilgrimages to WDW.