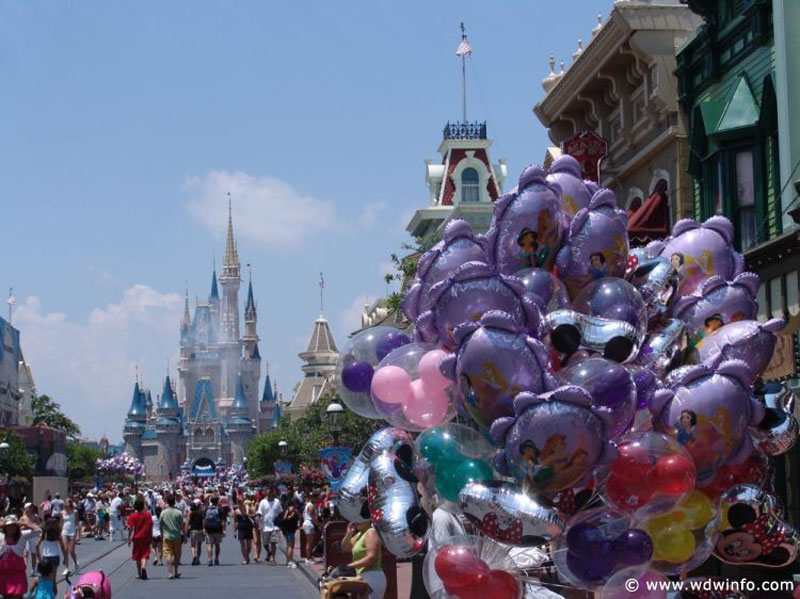 ShareTweetSubscribe
Disney recently announced that the last 3 alcohol-free restaurants (Cinderella's Royal Table, The Plaza and Crystal Palace) will start serving drinks. Up until Be Our Guest's menu debuted with drink specialities in 2012, Magic Kingdom did not serve any alcohol. This fundamental aspect of Disney Resorts has rapidly changed after decades and I'm not sure if it's a good or bad thing. Here are some possible drawbacks and benefits:

Walt Disney Wanted Nothing to Do With Alcohol in the Parks

Walt Disney's original vision for a new kind of family-friendly theme park did not include alcohol. In fact, Walt himself spoke about his desire to keep certain people and a level of rowdiness out of Disneyland and eventually Magic Kingdom. I'm no Disney purist by any means, but I feel like this core ideal of Walt's vision and original park should have been considered before Disney took advantage of the recent demand for alcohol in the parks. Alcoholic beverages have long been available at Disney World's other 3 parks and I have always fully supported it, but Magic Kingdom is by far the kiddiest park and has a certain pure, innocent gloss throughout the lands and restaurants. Somehow even a pack of college kids slamming shots with checklist T-shirts of the 11 pavilions around World Showcase doesn't take away from the Disney magic of Epcot in my opinion. However, I just can't imagine seeing bored and stressed dads drinking around their daughters in princess costumes at Cinderella's Royal Table. Furthermore, I don't know how I feel about Pooh and friends interacting with little kids and being passed by waiters bringing alcohol to the table.

It Could Be Fine If It Only Sticks to Restaurants

Even though these super-kiddy restaurants might be a weird place to drink alcohol, I'm sure people will be more than responsible and make sure they don't become drunk and rowdy at the Happiest Place on Earth. However, it might be harder to restrain your consumption if stands and quick service restaurants all over the Magic Kingdom begin selling beer. Groups of younger friends without kids or parents might be tempted to drink more when they pass 10-15 stands in a day that sell $5 beers. Hopefully, people remember they're at a family friendly destination and keep their wits about them. Also, people walking around the park with alcohol and empty cups laying around the grounds won't be as visible if guests can only drink in restaurants where they're more disguised from the rest of Magic Kingdom.

There's Definitely a Demand for It Disney even reported that the expansion of drinks on menus throughout the park was in response to continued requests and a growing demand. I'm sure stressed parents that invested their whole vacation into their crying kids have wanted to unwind or treat themselves with a drink ever since Magic Kingdom opened in 1971. Finally, this demand has hit a peak and guests have been dying for more alcohol around Walt Disney World Resort, especially Magic Kingdom. Disney has a history of taking full advantage of financial opportunities and will supply any guest demand as long as it is lucrative. And I guarantee drinks at Magic Kingdom will be very lucrative for the company.

It's a Better Value for the Dining Plan

The Disney Dining Plan can be valuable, but only if you strategize and order the largest portions or the most expensive options. Therefore, guests on the Dining Plan probably order a soft drink with every meal, but not too many adults want to drink soda three or four times a day for a week. Adults would definitely enjoy the wide variety of pre-paid specialty cocktails, beer and other beverages with every meal and feel like they are getting a better value for their Dining Plan. The 2018 Dining Plan will include an option for alcoholic beverages for the first time, and getting all of the Magic Kingdom on board makes sense for Disney and its visitors. Ultimately, we'll just have to wait and see how it turns out. Since 2016, when four restaurants in Magic Kingdom started offering alcohol, there haven't been any public disturbance incidents or really any problems. Hopefully, guests continue to realize their surroundings and the parks will keep drinks low-key enough for kids to stay lost in the Disney magic without seeing alcohol everywhere.
ShareTweetSubscribe