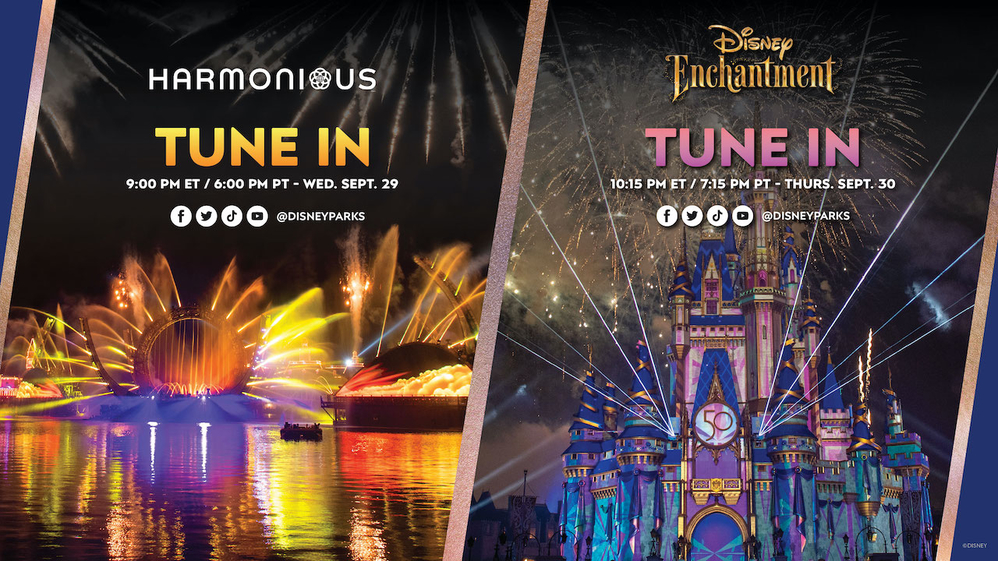 If you’ve wondered what Walt Disney World’s new nighttime spectaculars will look like but you won’t have the chance to be in the middle of the magic when they debut, Disney has just announced that both Disney Enchantment and Harmonious will be live streamed next week!

Those wishing to view the livestreams can do so on Disney Parks Blog or tune in below.

Want to see a peek at the behind-the-scenes Disney Enchantment details? Watch below!