Hey, Magic Kingdom? Can We Please Have a Nighttime Parade Sometime Soon? 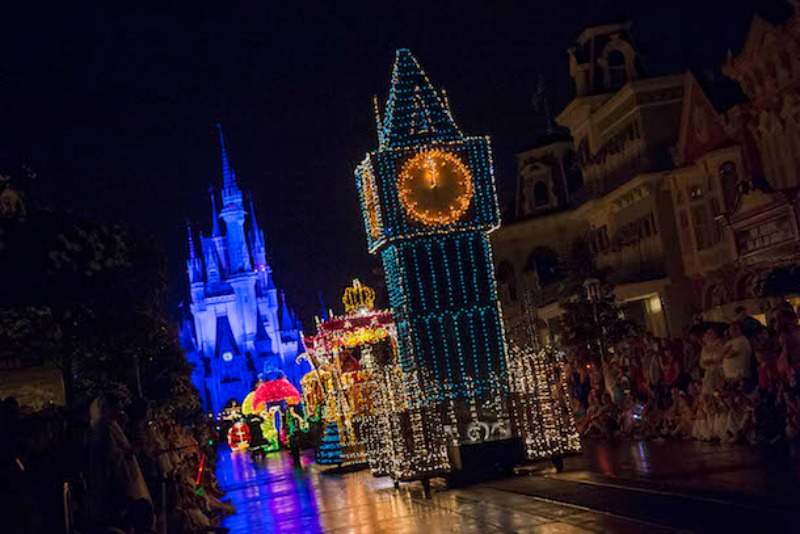 There has not been a nighttime parade at Magic Kingdom Park since October 9, 2016, but it seems like it’s been forever.

Like most Disney fans, I never knew the Magic Kingdom without a nighttime parade before then and every time I’m at the park in the evening, I feel like something is missing. It feels weird to me that a couple of hours after the sun sets, we have Happily Ever After, the nighttime fireworks spectacular, then Once Upon a Time, a really beautiful projection show, then the park just closes. There is a hole in the schedule for me and I really need a parade already.

Now, I have to say that I absolutely LOVE Happily Ever After – I’ve only seen it twice, but it is simply breathtaking and heartwarming. I love the message, I love the storyline, I truly love all of it. Once Upon a Time is magical and I love that too, but it’s not a parade.

One of the things I remember most about visiting Disneyland as a child was that everything we did during the day led up to finishing the day with an evening parade then fireworks. When I made my first visit to Walt Disney World in 2008, it was no different. Spectromagic was definitely not the Main Street Electrical Parade, which had been the only Disney parade I’d ever seen, but I still enjoyed it and was happy to have it. Of course, when the announcement was made back in 2010 that the Main Street Electrical Parade was coming to Walt Disney World, I was pretty thrilled as I hadn’t had the chance to become attached to Spectromagic yet.

I have to be honest, I really thought there would be another parade by now, whether it was completely brand new or something that had ended its run at another Disney theme park. The only time we’ve been able to enjoy a nighttime parade at Magic Kingdom for the last year and a half has been during a special event like Mickey’s Not-So-Scary Halloween Party or Mickey’s Very Merry Christmas Party or during the last two weeks of December when the Once Upon a Christmastime Parade takes the place of the Festival of Fantasy parade each afternoon. I do love the Festival of Fantasy parade each afternoon and have ever since it made its debut back in 2014, but I want/need to see twinkly lights in the dark when I’m at a Disney Park.

Do you think we will have to wait YEARS for Magic Kingdom’s 50th Anniversary celebration to have a nighttime parade again? I really hope not.