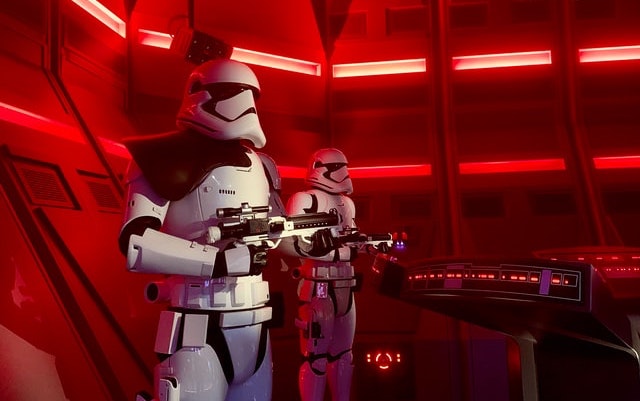 It’s been a strange week since we last sat down together. One of my children had an incident at school that, let’s just say, left me with little tolerance for bullying behavior, and I mean the serious kind. So, my patience was already running thin when I tried to spend a little chill time forum surfing and came across a guest account detailing some pretty vile behavior in the parks. It got me thinking about where we draw the line between making some bad choices and becoming inappropriate.

We’ve all seen the one-off news stories here and there over the years, like the Toon-Gate family in Disneyland in 2019, when guest conduct has become disgracefully newsworthy. However, in my experience, abusive tendencies seem to be on the rise in a more consistent form in everyday life, and it’s about time we recognize where this is heading.

Back in the olden days — just kidding, I only say that to help some of you out when later you call me old and self-righteous — there was a time when the slightest mention of a swear word would be enough to elicit your shock and attention inside the Disney parks. Despite being a confessed swear-bear myself, it was widely accepted that there was a time and a place for such things, and neither was in Disneyland or Walt Disney World. But as the world has evolved and we take more of our stress from home with us on vacation, hearing F-bombs and worse seems to be common practice.

More and more, I witness guests taking out their life frustrations on cast members and each other in what seems like an inability to cope with their personal struggles. Disney’s theme parks used to be a place where you went to escape those very feelings, though it seems now, more than ever, guests are bringing their anger along for the ride.

I see parents (understandably) desperate to get the most out of their expensive vacation, pushing their kids to the brink of meltdown in order to get their money’s worth, some to the point where they are screaming at their young children instead of recognizing pure exhaustion on both parts. I see delayed long wait times causing couples to turn on one another, taking out their disappointment on each other. And sadly, I see guests, in general, displaying increasingly aggressive behavior toward cast members, speaking to them as though each individual is personally responsible for the distress of a temporarily closed ride or technology malfunction. The assumption seems to be that because it is their job and the customer is always right, they are entitled to treat another human that way.

These encounters aren’t new; they have been brewing for a long time now, more specifically in the last ten years. Visible not only in the parks but in the way we treat each other online. Arguments back and forth, judging each other for going or not going to the parks, for accepting or not accepting COVID requirements, and browbeating each other with relentless insult-laced aggression over things as simple as a fireworks display or paid parking. It makes me sad to see.

The thing is, I’m not even judging anyone for it. I get it. I can see the on-flow effect from these beyond-stressful times and how it infiltrates our downtime to the point where we feel no relief, even on vacation. I see you and the struggles you are going through. I’d be lying if I said I hadn’t felt the same inclination to release at times.

We all get caught up in the heat of the moment at times, but why has it become so hard to appreciate that one person’s disappointment about Harmonious is no less or more important than another person’s enjoyment of it? Another person’s experience doesn’t change our own. In fact, despite the way we react, it doesn’t threaten our point of view in any way. Can’t both sides of every story exist independently anymore? Has our tolerance for any Disney opinion other than our own disappeared?

We are all guilty of this at times, myself included. But when I do find myself looking back on something I’ve done or said, I try to learn from it, understanding the root of my problem in the moment and often finding how distant that is from what I have reacted to.

This week, I was tested in my personal life, torn between fiercely protecting my child and trying to calm myself for the diplomatic approach. The more I composed myself in the situation, to more I felt I needed an outlet for that anger I felt for the injustice that had occurred, the most minor of disagreements rocking my emotional boat. Reading the post that inspired me to write this — at this point, it doesn’t really matter what it was about — made me realize that there has never been a more critical time to look after each other and find a way to extend kindness; even when faced with opposing views or an aggressive reaction.

If you identify with any of the above, I commend you for the willingness to see how this is forming, even in hindsight. We used to take these things in stride, be prepared for change, and realize it is par for the course. Instead, it now seems to trigger some internal struggle that spills out on all around us, making bullying behavior more prevalent than before.

Perhaps this stream of consciousness is merely part of my own journey of self-discovery; then again, maybe there are one or two of you out there that needed to hear this, too. Be kind to each other; let’s set the standard we set for ourselves higher. You never know the impact your positivity could have and every single one of us has the power to make a difference. It might be a cliche, but no less true. Rebuilding the magic begins and ends with us.