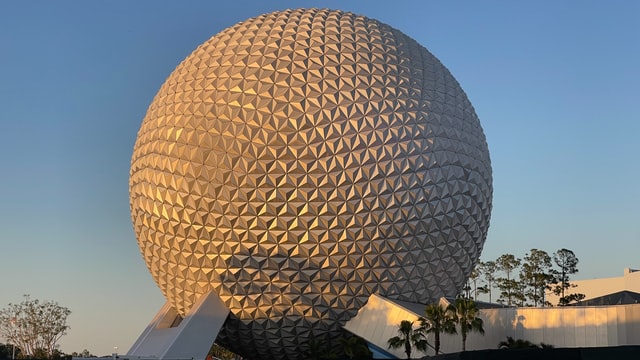 Some of you might be hoping that this would click into a messy whinge-fest about how we don’t like some of the Disney changes – for the 100th time – but instead, I meant that title literally. The mid-summer temps have officially hit the US-based Disney parks and thinking about what all of that brings, I figure it’s time we had a little talk about shade.

As someone who predominantly visits the parks in the cooler months, the shade wasn’t something I ever thought too much about. In fact, in California especially, sometimes, you are grateful for that patch of sun to warm up in the middle of winter. I know, I am a sook when it comes to the cold. I’m Australian; what do you want from me? It wasn’t until I found myself unexpectedly visiting in the sweaty season that I realized Disney has entirely not enough shade.

There were guests jam-packed like sardines into the leafy refreshment cast from three branches, clinging to it as though the sun-drenched floor was lava. Don’t get me wrong, I was one of them, but for a location like Walt Disney World, where sun exposure is a significant issue year-round, why would they not invest more in offering overhead shade cloths in walkways and queuing areas?

Being Australian, we know a lot about sun exposure — you know, that whole hole in the ozone layer thing — and as such, we have lots of regulations to keep everyone safe, including providing ample shade in public spaces, schools, and parks. There is so much more they could do to provide relief from the sun in all those big open spaces. Obviously, the heat is still a factor; no one is expecting every queue to be indoors with air-conditioned comfort, but there is more that can be done.

I know they don’t want to ruin the aesthetic of each space, but come on, Disney, you are the birthplace of modern creativity! Get some of those Imagineers out of the indoor box and start creating spaces that are geared towards the environment they are in.

Some parks are better than others with naturally leafy environments like Animal Kingdom and, in some areas, EPCOT offers more options. In my experience, Magic Kingdom and Hollywood Studios are two of the most difficult to escape the rays of sunshine. Waiting out in the sun for Space Mountain is brutal. In fact, all of the extended queuing areas are difficult spaces to wait in, and part of the problem is that no longer are these the areas that once in a blue moon they need to extend the line into; these are everyday occurrences where you more than likely will need to be waiting in.

Some of the more grown-up rides, like any of the mountains, for example, tend to eliminate the very young children that might be waiting in them. Still, it baffles me why they wouldn’t add some additional shade for at least the more family-friendly rides like Peter Pan, Aladdin’s Magic Carpets, and “it’s a small world.” Actually, come to think of it, all of Fantasyland could use a lot more shade in general, and there would be more than one clever and accurately themed way to do it.

There are so many ways they could add shade to the different parks and lands without committing to large trees or structures that might interfere with the flow of the parks. There is a lot more shade in Animal Kingdom due to the natural vibe of the scenery; however, when it comes to Magic Kingdom, Hollywood Studios, and EPCOT, there is so much creativity to be had.

Sparkling, shimmering, sheer fabrics could act as sails to filter UV throughout Fantasyland. After all, textiles play a huge part in what we see as a luxury in all of those Princess tales. Large structures that provide shade could be made from playing blocks in Toy Story Land. Colorful umbrellas or parasols could shade the walkways in sections of EPCOT World Showcase. You get the idea. Breathable fabrics that allow airflow will reduce added humidity that might be caused by trapping heat in.

In 2022, we need to be more sun smart than ever before, and I am hoping that larger companies with outdoor spaces, like Disney Parks, can start working on this major health issue for the comfort and safety of all guests. Have you ever felt overwhelmed with a lack of coverage from the sun in warmer weather while visiting? What clever way would you incorporate more shade into the parks? Let me know below.