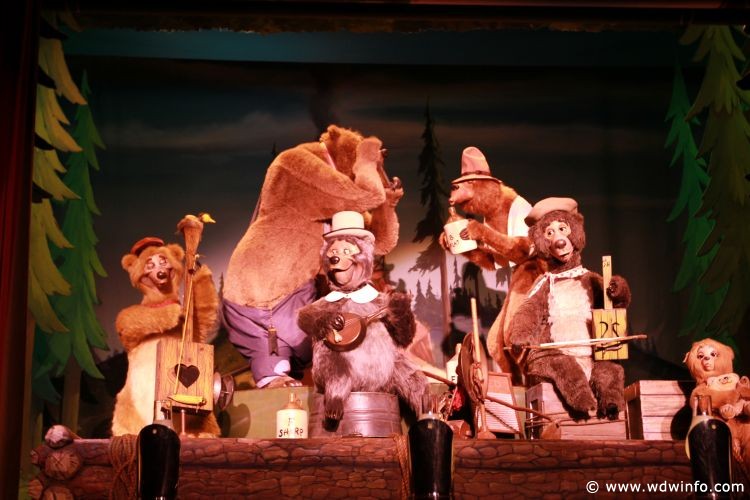 Now, I may be a little bit biased for reasons I’ll soon disclose, but I absolutely adore the Country Bear Jamboree. (RIP Disneyland’s version)

I participated in the Disney College Program in the spring of 2015, and I’m a proud Frontierland alumni. To be more specific, I spent four months slinging burgers and southwest chicken sandwiches, greeting guests with a hearty “Howdy!”, and politely (yet firmly) asking children to vacate their perches atop garbage cans during the Disney Festival of Fantasy parade at Pecos Bill Tall Tale Inn and Cafe.

The answer? Not much, really. If anything, proximity. But more abstractly, I have so much pride in the land that I called home during my program. Ask anyone that lets me ramble about Disney for any considerable amount of time and they’ll tell you that I love to complain about the lack of Frontierland merchandise.

Pride aside, the Country Bear Jamboree is the cheesiest yet most charming show that Disney has ever produced. Between the barrage of sub-par puns from Buff, Max, and Melvin, and Teddi Barra’s outrageous entrance, just to name a few, the corny factor is just high enough that it works.

Hands down though, the best thing about Country Bear Jamboree is that it’s capable of entertaining older guests while still being appropriate for younger kids. Practically all of the more “out there” jokes will soar right over young heads and garner a genuine laugh out of even the grumpiest of adults. 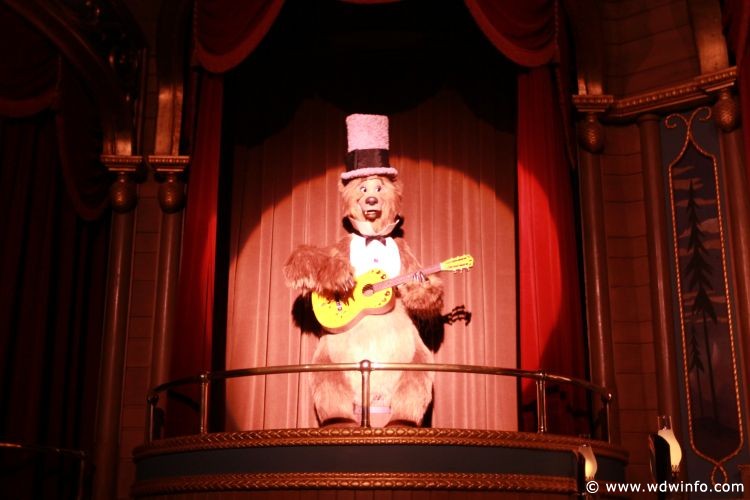 The first time I ever saw the show, which was on my DCP, my jaw genuinely dropped out of shock (and amusement) the first time I heard the Sun Bonnet Trio croon All the Guys That Turn Me On Turn Me Down. I still get a kick every time I watch, and I love nothing more than cajoling friends or family who have never experienced it into taking it all in.

Not to mention, the Country Bear Jamboree is super short and sweet at just around 10 minutes, and there’s rarely any kind of wait, besides having to wait for the previous show to finish.

While the show is certainly dated, I’ve rarely sat through a showing that wasn’t chock full of feet stomping and clapping.

While you run over to Big Thunder Mountain Railroad or get in line for your giant turkey leg, I’ll be at Country Bear Jamboree just hanging out and waiting for the next show to start…