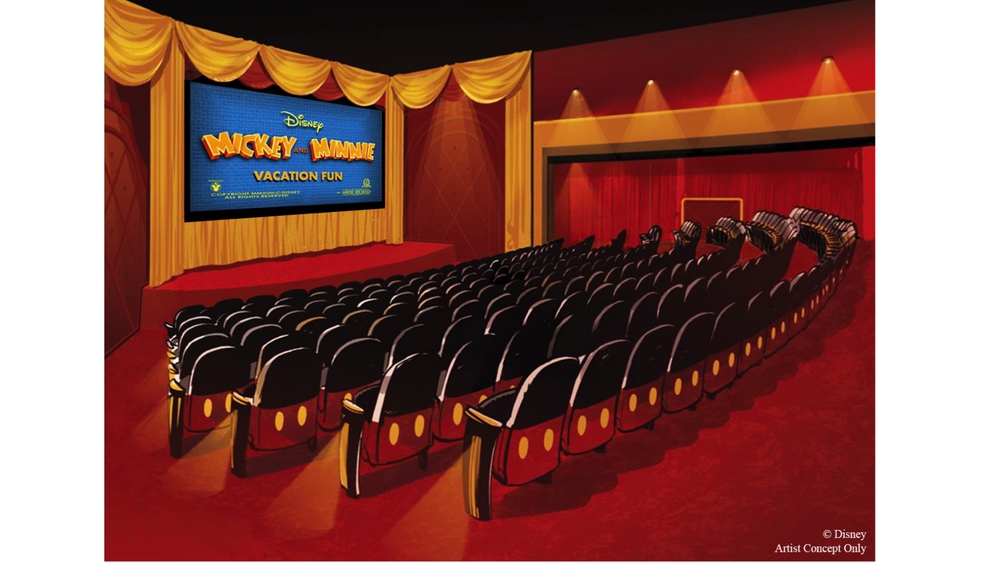 It’s been announced today that Mickey Shorts Theater in Disney’s Hollywood Studios will make its grand debut in March 2020.

A new artist concept rendering (above) has been released, and Disney has said that the interior design of the theater will create a sense of zany fun akin to that of the Disney Channel cartoon series. The seat backs are are designed to look like Mickey’s classic shorts, a whimsical nod to the name of the theater, and the name of the cartoon series, as well as Mickey’s timeless apparel.

Guests will be treated to an original short during their time in the theater in addition to having the chance to take their pictures in special photo locations.

2020 is stacking up to be a big year at Disney’s Hollywood Studios as Mickey and Minnie’s Runaway Railway is slated to open on March 4th.