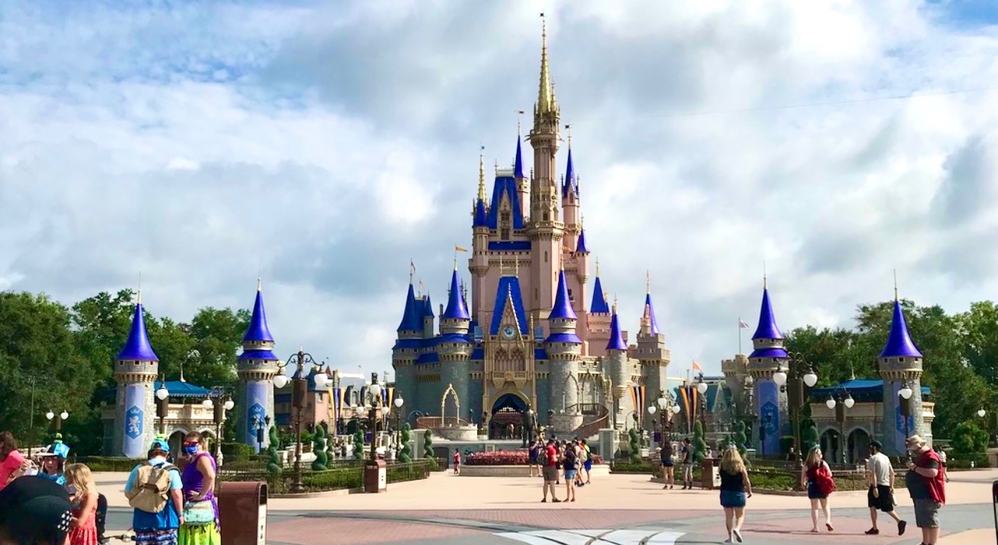 I realize at times it is easier to focus on the negative impacts that changes are having on our Walt Disney World experience, but I think it’s important to remember the good things that are coming as well. Within the past few months, there’s been a lot of news that has been dropped that made some of us a little upset. This article is here to share some of the positive changes coming to our parks.

The first positive change is that we get to celebrate Walt Disney World’s 50th Anniversary. This is such a magical time to visit the parks and a time to reflect on all the memories that have been made at Walt Disney World. The preparation for the 50th started over a year ago with the new paint job on Cinderella Castle. Our gorgeous blue castle turned pink and honestly, I think the castle looks even prettier now. So much magic is being sprinkled throughout the parks like a new look for the clock on Main Street U.S.A., a fresh new train station with a 50th-anniversary overlay, gold character statues that are getting ready to enter all four parks, and we’re getting new nighttime spectaculars. Recently. the Partners statue got a new facelift along with, temporarily, a huge 50th-anniversary platform surrounding the statue which looked extra magical.

Another positive that is coming very soon and opens during the 50th-anniversary celebration is Remy’s Ratatouille Adventure. I am so excited for this attraction to open to the public so that everyone can enjoy this attraction. I have had the privilege of riding the attraction over at the park in Paris and I was so blown away when I rode it back in 2015. Since the minute this attraction was announced I have not stopped talking about how excited I am. France is my favorite pavilion at Epcot and I also love the movie Ratatouille, so this is just perfect. I have been waiting for this pavilion to get something new for a while now along with an expansion. With the opening of this new attraction, we also get a new dining location which makes me even more excited because who doesn’t love new food.

Recently we have been getting updates on Club Cool, and the return of the famous Beverly, to Epcot on September 15th, 2021. Club Cool was always a place I’d stop at, especially when traveling with my siblings, because it was always fun to see them try new sodas they had never heard of. I know so many Disney fans are excited to see this experience come back and are hoping for some new enhancements. Club Cool is definitely a great place for families to make memories even if the memory is trying Beverly and hating it.

There are many other attractions coming to Walt Disney World in the near future like Tron and Cosmic Rewind. These two large attractions are stirring up so much excitement in me, especially since I love coasters. I think both of these attractions will be great assets to the parks and they will definitely bring people through the gates. Getting a new attraction is always super exciting and the anticipation drives me insane because I just want to get on the ride already. I am a huge Marvel fan which means I am obviously more excited about Cosmic Rewind. With these new attractions on the way, it does make me wonder which park is next to get a new attraction after these open up. I hope Animal Kingdom can get a new attraction in the next couple of years, hopefully in Dinoland U.S.A.

With new attractions, new nighttime events, an anniversary, and annual passes coming back, we can only imagine that there will be all kinds of fun new merchandise entering the parks. I always get excited when Disney drops new merchandise in the parks because it’s something different. I am the person that likes to collect merchandise to commemorate different events happening in my life and the parks are a huge part of my life. For example, I have a t-shirt for the last night of Wishes, a shirt from the first night of Happily Ever After, I have the shirt from the closing of the Universe of Energy, and of course I have the farewell shirt for Illuminations. I am definitely a collector, so new merchandise is always something to be excited about.

As Disney fans, I think it’s important that we look for the positives that are coming to the parks even though we can’t avoid the negatives. The positives coming to Walt Disney World can remind us why we love Disney in the first place. I know recently some of the news has been hard to hear or understand because in my opinion, some of the new changes are just a bit confusing at first glance. If we always focus on the negative we will forget all the great things Walt Disney World has to offer. At the end of the day, Disney is a business, which means they will make whatever changes they feel will benefit them, but we have to remember the things that impact us in a positive way when these changes are made.