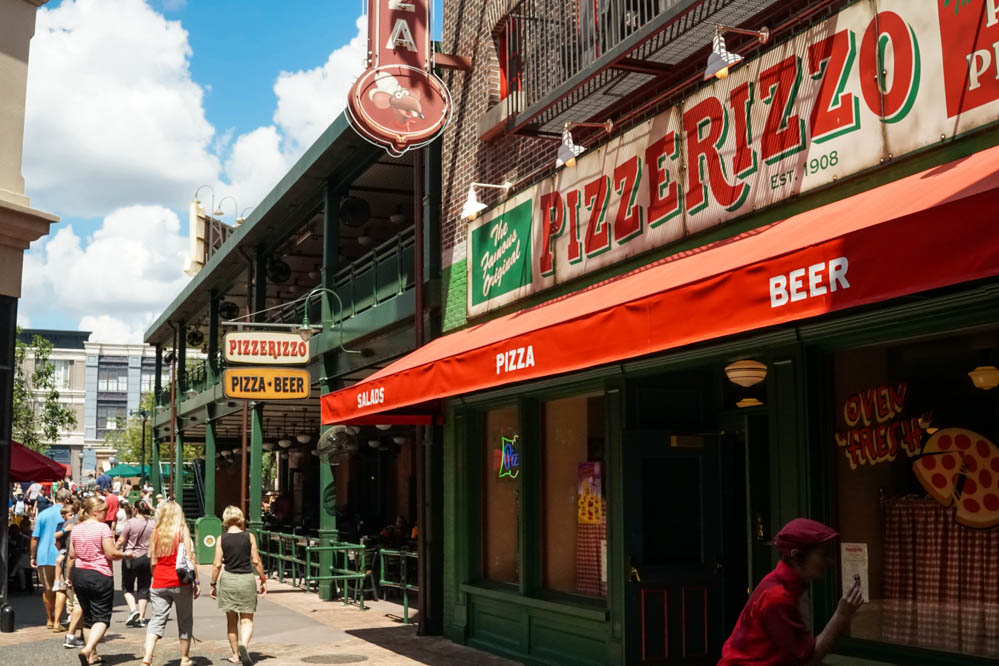 A DISboards poster who has a cast member friend at PizzeRizzo has reported that “they were told today the restaurant is closing permanently around October 20.”

For those who are not aware, PizzeRizzo is the Quick Service restaurant near Mama Melrose’s Ristorante Italiano that used to be Pizza Planet. The restaurant has two levels and tons of seating including a large outdoor patio which overlooks the Grand Avenue area of Disney’s Hollywood Studios. There is all kinds of speculation on the boards of what could be going on from a menu rework – which many would agree needs to happen – to a complete rehab including re-theming. Some posters have even suggested that the restaurant may somehow become a part of the new Star Wars: Galaxy’s Edge, although that would involve a whole lot of changing up, so there are a lot of doubts on it too.

What are your thoughts? To join in on the discussion and stay in the loop, visit the PizzeRizzo Closing thread on the Disney Rumors and News forum at DISboards.com.