3 Pros and 3 Cons of Rideshare at Walt Disney World 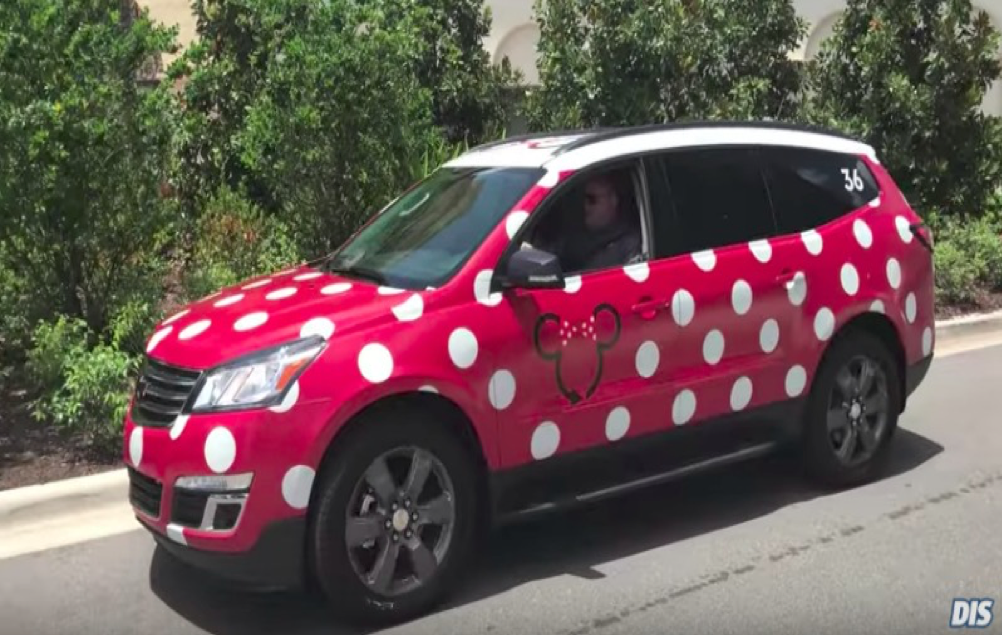 Ridesharing is a feature of modern life which has made transit more quick and convenient for many. These services, where one can summon a motor vehicle via an application through their smartphone, primarily come in the form of Lyft, Uber, and on Walt Disney World property, the Minnie Van service.

While a little strange at first (most all of us were taught “Stranger Danger,” after all), utilizing transit via ridesharing is generally very easy and convenient. Lyft, Uber, and Minnie Van (available via the Lyft app), provide instructions on use, and I assure you that even individuals not especially tech savvy should find these services incredibly user friendly after several tries. These have become extremely popular at Walt Disney World, and there are several pros and cons one might be advised to consider when planning and engaging in their vacation.

Due to the high degree and ease of travel on the highways around Walt Disney World, and to nearby destinations, waiting for an Uber or Lyft is usually not even a ten-minute wait, but often less than even five. This means if one wants to travel, especially when a connection is required (i.e. from resort to resort), one does not have to account for the walk to the bus, the wait, and any possible delays. Based on the current writing of this article (Monday afternoon), a car (Lyft) from the Beach Club Resort to Animal Kingdom Lodge would be available in two minutes, and a car (Lyft) from Disney Springs to the Polynesian Village Resort would be available in four minutes. A Minnie Van would be available in three minutes in the first case, and four in the second.

Walt Disney World can feel massive — and in many ways, it is — but the cost of using rideshare services is relatively inexpensive. In the first example given above (Beach Club to Animal Kingdom Lodge), the first ride would be an estimated cost of $8.74; the second (Disney Springs to Polynesian) would be an estimated cost of $9.88. The Minnie Van service is a flat $25.00* fee regardless of route. If one considers using Lyft or Uber and splits the cost amongst three adults, it could be as little $5.00 or less per person to get around a large portion of property. One huge pro of utilizing rideshare on Disney property is the massive amount of time it would save. If one is staying at the Beach Club Resort and wishes to dine at the Animal Kingdom Lodge’s Sanaa, they are in for about a 15-minute process, between pickup and drop off, when using rideshare. This contrasts the process of utilizing Disney’s complimentary transportation and taking a bus to a park, then transferring, or walking through Epcot and taking a bus to Animal Kingdom Lodge. How long that could take could vary too widely to account for accurately here, but could be easily over an hour. With planning, one could avoid unwieldy transfers; however, for those who like to enjoy resorts and what they have to offer, using rideshare is undoubtedly a massive time saver. While the relatively inexpensive cost is certainly a pro if one chooses to use rideshare, it is of course a cost. Anyone who regularly uses Lyft or Uber knows it can be addictive, and even if two people regularly use rideshare during their trip they could find themselves spending well over a $100, or if they use Minnie Vans, hundreds of dollars.

This is where I shall take the opportunity to discuss if the $25* fee for Minnie Van is worth the cost. On a recent trip, I specifically saved to be able to take Minnie Vans on several occasions and overall found them to be an experience which was rather luxurious. The vehicles are sleek, meticulous, and have a variety of music which accompany one’s destination and are from a variety of parks and resorts. I did ask drivers what their background with Disney was, and all were either seasoned cast members or worked relatively briefly as bus drivers. For example, one driver had worked concierge at the Old Key West Resort, Saratoga Springs Resort, and prior to that as a lifeguard at the Animal Kingdom Lodge. Another was a bus driver on property for about two years. Also, a charging device for all mainstream brands of cellular device and smart phone are available in the Minnie Van. Therefore, while it is a comparatively steep expense, if one plans to specifically use it and sees it as part of an especially high-end evening, it is a refreshing and relaxing mode of transit. Loss of the Disney Experience:

However, the use of rideshare (with the possible exception of Minnie Van) could result in one losing out on the bubble which Walt Disney World provides. Beyond that, taking rideshare to get to a resort (i.e. the Polynesian), as opposed to connecting at Magic Kingdom could result in one not utilizing the monorail or boats. The Walt Disney World Monorail is rather unique to Disney and is one of the most iconic pieces on property. While it is not perfect, and perhaps could use a deep cleaning, the message that the doors are closing (in both English and Spanish) is an iconic noise which instantly transports someone back “home.” Walt Disney World was built with the intent of providing one with a full experience, and that could be eroded by taking a private car.

Extraction from the Disney Community:

Another aspect of Walt Disney World which many love is the sense of family and community which is built there. When one chooses to utilize rideshare for themselves or their party, they remove themselves from this community. Many a great conversation can be sparked on transit about how a trip is going, great places to dine, crowds, and what you are looking forward to that day. While to many, the seclusion provided by rideshare may be more than welcome (or provide a welcome break), it takes one out of a world which Disney created, if not for a few minutes.

In planning your next Walt Disney World vacation, rideshare can be an excellent way to save time, move about with greater efficiency, and make the most of your vacation without breaking the bank. However, it can erode the full Disney experience when one does not take iconic modes of transit such as the monorail, it does come with a cost when complimentary transit is available, and it removes one from the larger community. Like all aspects of a Walt Disney World vacation, needs and desires will vary based on itinerary and family type, and rideshare could be another feature to consider in the planning process. *Editor’s Note: At the time this article was written, the Minnie Van pricing was a set $25, but the prices now vary based on distance traveled from pick-up location to requested destination within Walt Disney World Resort.