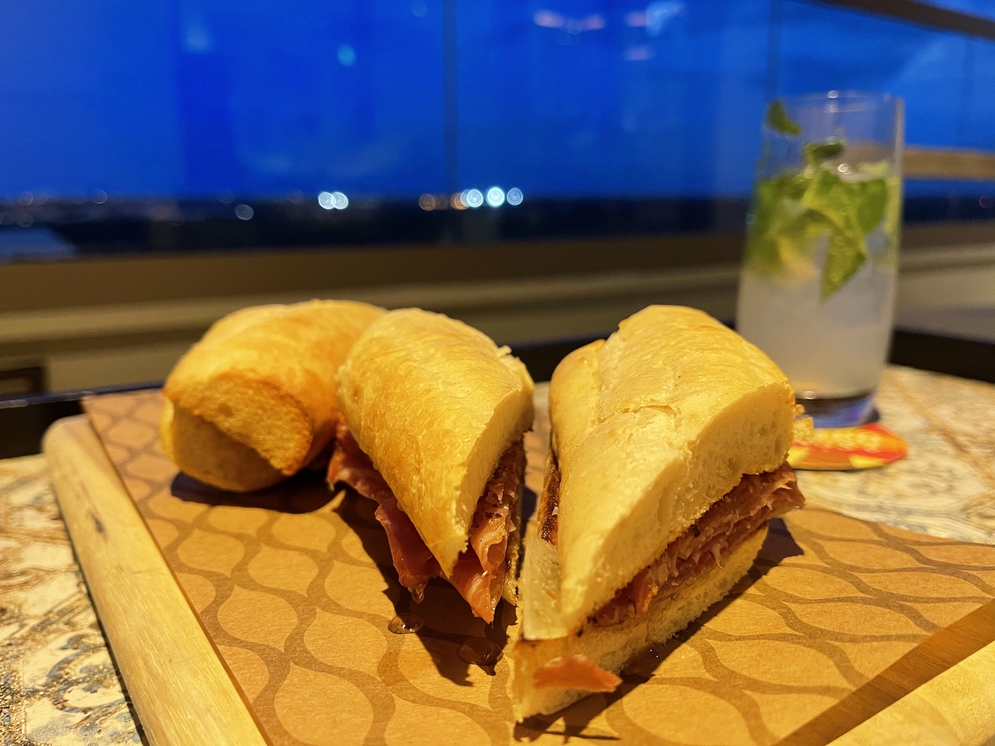 I recently had what I deem to be the very best sandwich on Walt Disney World property. While I could easily justify keeping this information to myself, at my core lives a person who wants to shout this news from the rooftops so that others may savor every morsel of it as well.

I must begin by saying that I enjoyed this sandwich during a 48-hour individual media event hosted by Disney. I chose this sandwich, but I want to be clear that it was, ultimately, gifted to me. That being said, as with all reviews on The DIS, if I didn’t enjoy the sandwich, I would not hesitate to say so regardless of who purchased what. With all of that out of the way, let me say that this sandwich is art. It’s as simple as that.

I know it’s quite a thing to declare one item among so many the very best, but, nonetheless, here I am. This sandwich, found at Disney’s Coronado Springs Resort’s Dahlia Lounge, stands at the mountaintop of all Disney sandwiches. And, if you’ve spent time in the Magic, you’ve likely had plenty of those sandwiches; Disney World’s got a million of them. This one is different.

Dahlia Lounge‘s menu features ten small plate tapas that are, technically, meant to be shared. That being said, your mother’s not here, and you can do as you wish with those tapas. Unless, however, your mother is, in fact, with you; in that case, feel free to defer to her for guidance. Ahem.

Friends, the sandwich that has me slobbering over the idea of making a return trip in order to have it again is the Ham and Cheese Bocadillo. This sandwich ($14) features Jamon Serrano, Manchego cheese, roasted garlic aïoli, and honey on a toasted baguette.

The sandwich is served on a board and comes sliced into thirds. The baguette is toasted perfectly, and has a lovely crunch when you bite into it. The dry-aged ham is amazing; thinly sliced while also having heft.

The chefs do not skimp on the ham, which is something for which I was immediately grateful. The pairing of the Manchego cheese with the Serrano ham is a match made in heaven.

When the sandwich arrived to the table, I gazed down at it and noticed that something was dripping from it. Was that olive oil? Hmmm. Upon further inspection, and another glance at the description on the menu, I discovered that the substance dripping from the sandwich was honey. The honey added a layer of divine sweetness to the ham and cheese, and I decided then and there that, henceforth, all sandwiches should be served dripping oh-so-delicately with honey.

This sandwich is simple on the surface and quite complicated in the implementation. It’s just what you need at the end of a day filled with touring the Disney parks. I ate every single bite.

And the view from Dahlia Lounge’s rooftop patio that overlooks both Disney’s Hollywood Studios and EPCOT? Sigh. It’s just as perfect as the sandwich.

I cannot wait to take my husband over to the 16th floor of Gran Destino Tower so that he too can try the perfection that is the Ham and Cheese Bocadillo. But he’ll have to get his own; sharing this sandwich is simply too much to ask.