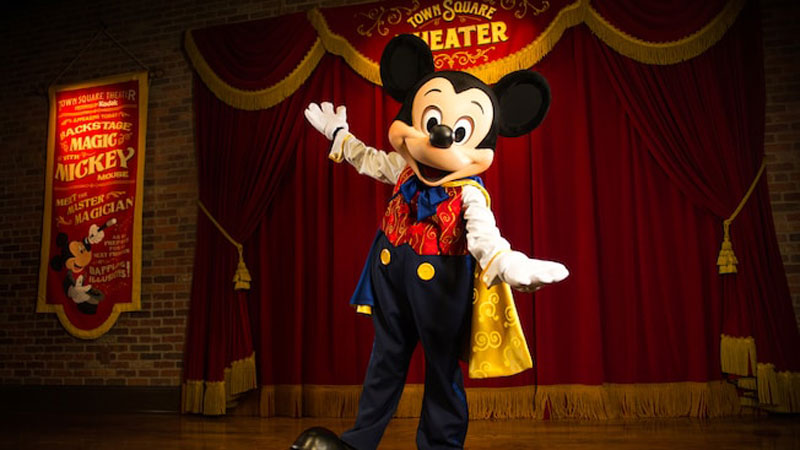 This one of a kind Mickey meet and greet is located right off Main Street U.S.A. in the Town Square Theater. The main pull in is the fact that Mickey Mouse actually speaks! Using one of those heads which is usually seen in stage shows such as “Mickey’s Royal Friendship Fair”, but instead used in an up close and personal environment. An amazing addition to the original Mickey Mouse meet and greet which will for sure shock unexpected guests. Situated in Future World West, the ‘Epcot Character Spot’ is home to the lovable Baymax! From the hit film Big Hero 6, a Baymax meet and greet is very hard to find at any of the worldwide Disney Parks, making him a shoe-in for this list. But besides that originality factor, Baymax is also a great character experience that the whole family can enjoy. From the way he looks to the way he acts and even to the way he feels, Baymax is an all around amazing meet and greet opportunity. Oh, and don’t forget to give him a big hug! Located at Disney’s Hollywood Studios in a nice air conditioned building across from Toy Story Mania lay two of Disney’s most beloved characters, Buzz Lightyear and Woody! You can meet your pals all while being immersed in great theming, which is not just of Buzz and Woody’s room, but the entire queue as well. Also, in this scenario you get two for the price of one, as you’re able to meet both characters together and feel like you’re right in the middle of the action. Placed in the Mexico Pavilion at Epcot, the unique Donald meet and greet is a wonderful experience. Right off his tour with the 3 Caballeros, Donald is in his festive Mexican costume. With a very joyful personality and a great backdrop for photos, this fab five character will please many. Also, he’s in a very convenient spot for any guest touring the World Showcase, as the Mexico Pavilion is the first country available (depending which of the two ways you go). Located at Disney’s Hollywood Studios, Echo lake is home to Olaf. This is the only spot in the entire Walt Disney World Resort where guests are able to personally meet this character from the smash hit Frozen. He is a very energetic and funny character to interact with, and is a joy to experience, along with his infamous “Summer Lovin'” theme to further immerse you into the meet and greet. Also, he usually has a pretty short line, which makes this experience a no-brainier. And, of course, he loves warm hugs!

Located at the Magic Kingdom’s Fantasyland near the Seven Dwarfs Mine Train attraction reside the Seven Dwarfs. The sheer ability to meet seven characters at once is crazy! Along with the location being so close to their attraction, the fact that the characters are from the first Disney film ever makes this an amazing experience. But the reason I left it off the list is because they’re only available during Mickey’s Not-So-Scary Halloween party and Mickey’s Very Merry Christmas Party, meaning only a limited amount of guests can experience this and it’s only during select times of the year. Unlike the other characters listed, who are set to be available 365 days a year!