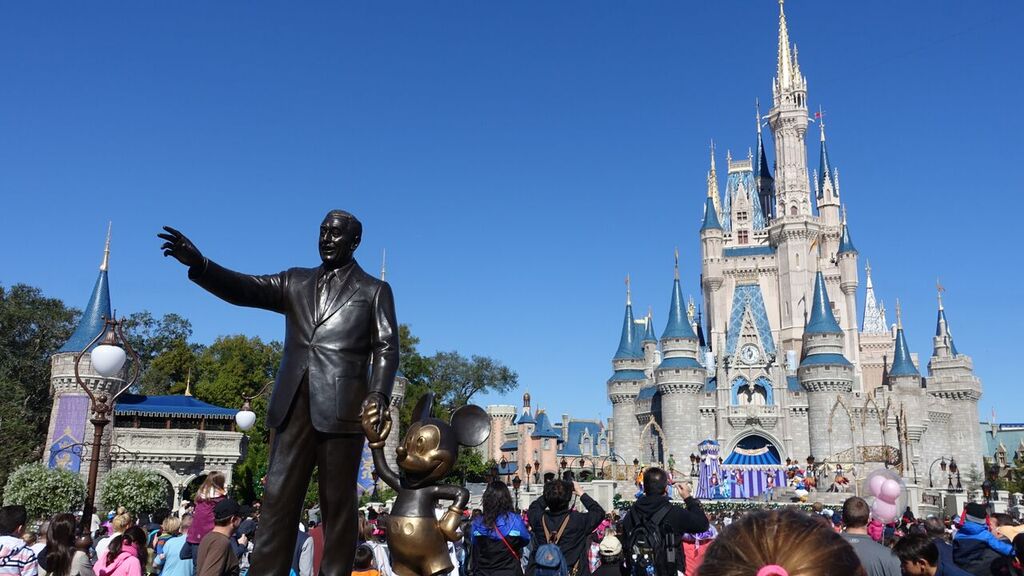 For those who don’t know, the Disney College Program is an internship experience at the Disneys Parks and Resorts in both Disneyland and Walt Disney World. I’m calling it an “internship experience” rather than just an internship is because it is so much more than your average internship; it is a way of living. What I am about to say is a reflection of my experience of the Disney College Program, and that doesn’t mean my opinion is right or wrong, but I am here to share it with you because it is something that I am passionate about.

On October 1st, 2012 I received an email stating I was accepted into the 2013 Spring Advantage Walt Disney World Disney College Program. To clarify, Spring Advantage means I would work from January until August, which is longer than the the basic program which lasts from January until May. The email also stated that my role would be working in Attractions. Attractions is one of many roles that I could have worked, other roles that I didn’t work in include Merchandise, Quick Service Food and Beverage, Custodial, Entertainment, Resort Transportation & Parking, PhotoPass Photographer, among others. Receiving that email was such an exciting moment in my life; I ran out of my dorm room high-fiving every person that walked by. Months later I packed my bags and moved down to Orlando. On the first day I was assigned to be living in Vista Way Apartments with 5 other guys I had never met before. Vista Way is one of four available options in the Disney College Program in Florida, the other options include Chatham Square, Patterson Court, and the Commons. All were nicer than Vista Way, but Vista Way was the only thing available, and on the plus side, it was the cheapest to live in. I also found out I would be working in Tomorrowland Attractions. I couldn’t hide my enthusiasm. When you arrive you will be handed your first schedule, and on that schedule is Traditions. Every cast member starts by going Traditions, it is a class that familiarizes you with the company. After Traditions your training gets more specific to your exact work location, and after about a week or two you become a full-fledged cast member.

The beginning of the college program is such an exciting time. The next five to eight months of your life are planned right before your eyes in the matter of a few days; it’s a whirlwind, but for me it was incredible. Being A Cast Member

Day to day working as a cast member is exhausting. It might be hard to believe, but making magic for thousands of families a day isn’t easy.The entire job is a balancing act of making sure you’re putting the safety of the guests first, making sure you’re being courteous to everyone, putting on a good show, and doing it all as efficiently as possible. It is certainly a fun job, but that doesn’t mean it doesn’t come with some downsides. Most guests are great, but a very small percentage of guests can make your job a nightmare. Some days I had guests screaming in my face for things I didn’t do. It can be overwhelming. Another downside is that a lot of the positions that college program cast members work include a lot of monotony. With all this said, the job is amazing, as much as I can complain about the little things I still loved every minute of it. My job in particular was working on Buzz Lightyear Space Ranger Spin, the Monsters, Inc Laugh Floor, and the Carousel of Progress. It was a super fun place to work. I met amazing people, and made so many great friends. I can even thank working in Tomorrowland for the amazing girlfriend I have. The friendships you will create will be like family. In the 8 months I lived and worked at Walt Disney World during the Disney College Program I created friendships that will last me a lifetime. The bonds you build working in Walt Disney World are so strong because it is a team effort in every aspect of the job. Additionally, working so closely with each other for such long hours makes the connection even closer. Your wage will be slightly above minimum wage, and you will work hours you didn’t know existed in the day, but yet if you’re anything like me you will still love your job. The entire 8 months I was there I barely had enough money to pay for food at times. Thank goodness for ramen noodles! I had as little as ten dollars in my bank account at some points. This was also due to the fact that I didn’t work as much as I should. I often gave my shifts away to other cast members, so to Disney’s credit, that was part of the reason I barely had any money. I don’t regret giving away all those shifts because the benefit of working for Disney means cast members receive free park admission. Giving away that working time to be with my friends to play in the parks as a guest gave me memories that will last me a lifetime, and at the end of the day that is what I believe the Disney College Program is all about. It sounds cheesy, but you truly get to create magic every single day, and I understand me saying this is annoyingly repetitive, but it is true. The effort you put into your work will create memories for families around the world. Every day you will see Make-A-Wish families that make you realize how special your job is. It is daily reminders like that, that allowed me to put on a happy face even when I was having a hard day. The Disney College Program came for me at a time when I had reached a crossroads. I wasn’t really sure what I wanted to do with my life. The anxieties I was feeling being a college student were building up, and the Disney College Program came into my life at the perfect time. It delayed my “real world” for just enough so that I could collect my thoughts and make a plan for my future. Looking back on the Disney College Program is difficult for me, not because it was a hard time in my life, but because it was the best time of my life. I am constantly nostalgic for the memories I created in Walt Disney World in 2013. I live a great life and have a great job, but there is simply no way to reproduce the day to day happiness I felt during the Disney College Program.