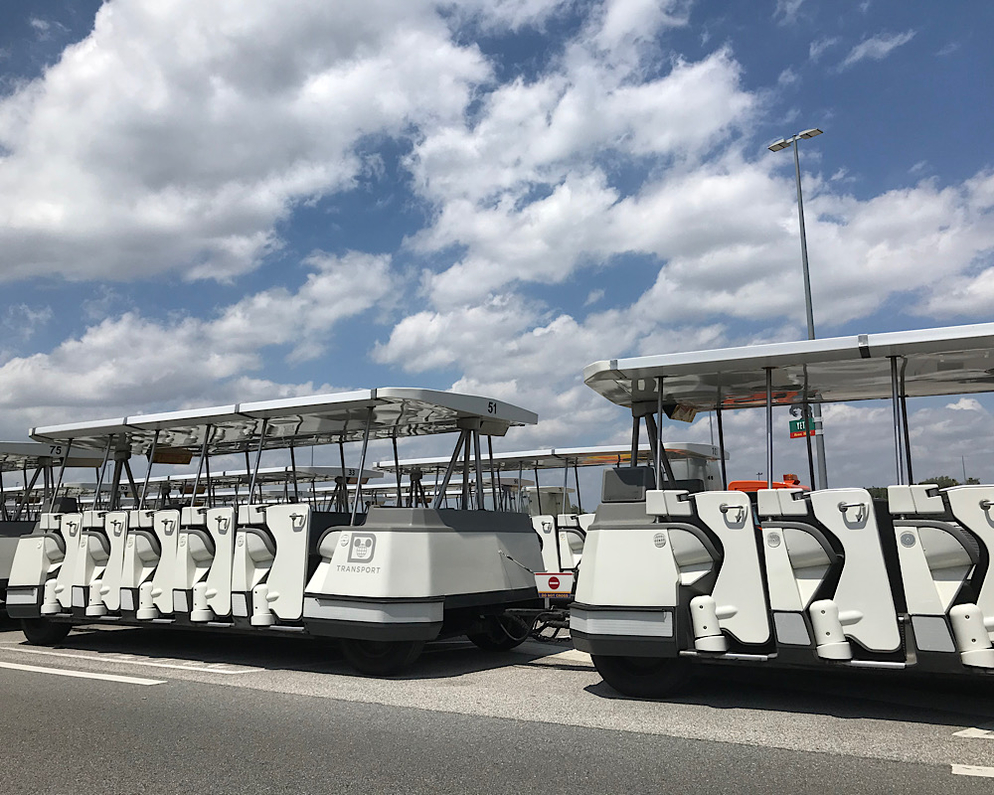 UPDATE 12/2/21: According to a tweet from the official Disney Parks Twitter account, the Magic Kingdom parking lot trams will return “later this month” while the trams will return to the other theme parks “throughout 2022” which is quite a broad timeframe.

Driver you are clear…to spread a little holiday cheer! Parking trams will be returning to Magic Kingdom Park later this month and other Walt Disney World theme parks throughout 2022!✨ pic.twitter.com/KpJyBZfTBu

It’s been a long year and a half for all of us and it’s been so wonderful to see some of our favorite entertainment returning to Walt Disney World week after week. I am so happy to see these cast members returning to work, albeit slowly, and doing the jobs that they and we love.

We’ve talked a lot about the weather in Orlando and how it’s hotter than fire in the summer (and much of the year if we’re being completely honest) so you need to prepare for it. Well, that and the crazy thunderstorms that happen every day as well. It’s a good thing we love the magic, right?

Okay, enough of that, let’s just get to it here.

Where in the world are the parking lot trams and why aren’t they running after all this time?!

Am I the only one losing my mind about this? The parking lots at the Disney theme parks are huge and when they first started to reopen, they weren’t packed so you didn’t have to park too far back. As the days and weeks go by, the parks are getting more and more crowded and the vehicles are being parked further and further from the park’s entrances and in the Magic Kingdom’s case, further from the Transportation and Ticket Center entrance.

I don’t know about you guys but I am admittedly a person who is just dripping with sweat after walking around outside at Walt Disney World for no more than about 15-20 minutes. The thought of beginning my day with a walk from my vehicle all the way to the park entrance (or TTC) is not a fun one for me. I don’t mind a walk in an air-conditioned mall, but it’s not like this walk is air-conditioned, or even in the shade. It’s on black pavement and it’s sooo HOT. Yuck.

The tram makes the whole thing more doable, in my opinion, and I want them back. I miss the ability to hop onto one of those trams and being able to be whisked up to the front of the parks without even having to think about it.

The part of this that has me more perplexed than anything is that those trams were just starting to be replaced when the parks shut down back in March of 2020, so it’s not like Disney was doing away with them. My first thought was simply that maybe Disney is having a hard time bringing back cast members who know how to drive the trams, but I can’t imagine that they’re that difficult to drive or that they require a special license. Certainly a few days of practice would have you turning them on a dime, no?

Anywhoo, I for one am keeping my fingers crossed that we start seeing the return of these beloved parking lot trams.

What about you? Do you miss the trams, too?

Watch a segment that aired on The Today Show about the rise of “skimpflation” where businesses are slashing services and still charging the same rates or more to their customers.