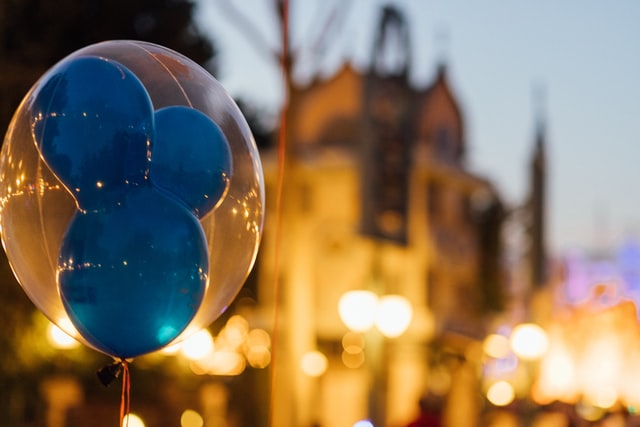 Disney-Swap? If I sparked your attention with my latest, completely made-up phrase, then I am sure you won’t be alone. Do you remember that TV show Wife Swap? Well, here in Australia, it was the sort of show that was a filler program on late night/early morning TV; you know, that time of day where if you are watching TV, you likely aren’t looking for quality programming? For me, those were the wee hours of the morning when my babies were little, and having something on the screen rarely had anything to do with what I was interested in.

From the snippets of this show that I saw over those few years, I learned two things. 1: A sleep-deprived parent will watch just about anything to keep themselves awake. 2: Sometimes, flipping your world upside down and looking at it from the other side is the best thing you can do. Ten years later, I am going to apply this logic — despite the questionable way it was acquired — to the situation many of you face with the current state of your Disney disappointment.

As the world slowly recovers from the initial hit of COVID-19, many fans are returning to the parks hoping for a glimpse of normality and instead being faced with permanent changes that are often hard to swallow. If you follow any Disney groups online, you’ll know there are a lot of feelings swirling around about recent changes; such as the trading in of FastPass+ for Disney Genie (debuting October 19th — get all your info with Deni here), nighttime shows like the new Disney Enchantment and Harmonious at Magic Kingdom and Epcot respectively, not to mention the parks in general with ever-changing regulations. While some of us (it’s me, I’m some of us) are looking on from afar with green-eyed jealousy, those considering their Disney return with reluctance might need to implement the Disney-Swap strategy.

When your home park is giving you the disappointment feels, why not see how the other half live and swap coasts for a new experience? Instead of planning your trip and being furious every time it doesn’t live up to that annual standard of familiarity, you might find more enjoyment in taking in the sights and sounds of Disneyland instead. All of those complaints that begin with “it wasn’t like this last time we were here” can be avoided as you create a brand new vacation blueprint in a new place.

Too often have I seen posts where guests are trying to recreate the vacation they know and love, moment by moment, and finding disappointment when it doesn’t fit the mold they are trying to force it into. Now might be the perfect time to flip your Disney planning around and enjoy your park time in a whole new way.

Disneyland fans, this goes for you too. Not happy with the changes you see in your California kingdom? Why not try your luck on the east and see what new experiences you can enjoy at Walt Disney World without feeling the added resentment of a new attraction or system replacing the old one you loved. Reconnect with that notion of escapism by actually escaping to a new place, free from life’s woes at your home and your home park.

When you change coasts to visit a different park, your mindset changes. Instead of entering with rigid expectations and ultimately being let down, you can take a more forgiving approach, allowing the park to impress and work its magic on you rather than holding it to a fixed standard. It can be much easier to accept something like Genie+ when you aren’t playing on your home field where everything feels like a personal hit.

So what do you think? Are you ready to try the Disney-Swap and experience park life from the other side? Both emotionally and literally, a new perspective might be just what you need to get your Disney fix without feeling compromised on the minor changes that are hard to accept back home.

Feeling adventurous? Why not start planning your next vacation overseas? As the world begins opening up to international travel, now might be the perfect time to start working on venturing further out to make your debut at Disneyland Paris, Hong Kong, Shanghai, or Tokyo!

We can’t change what’s happening in Disney parks; the shift from the familiar to the new will inevitably keep reoccurring in line with Walt’s original sentiment that the parks would never be complete as long a there was imagination. This means that complaining will only get us so far before we need to find a way to make peace with the changes so we can keep enjoying what we love. If you can’t make that step in your usual setting just yet, I hope you will consider finding the magic in a new location that has so much more to offer. Let me know what park is next up on your agenda and if a Disney-Swap might be in your future.