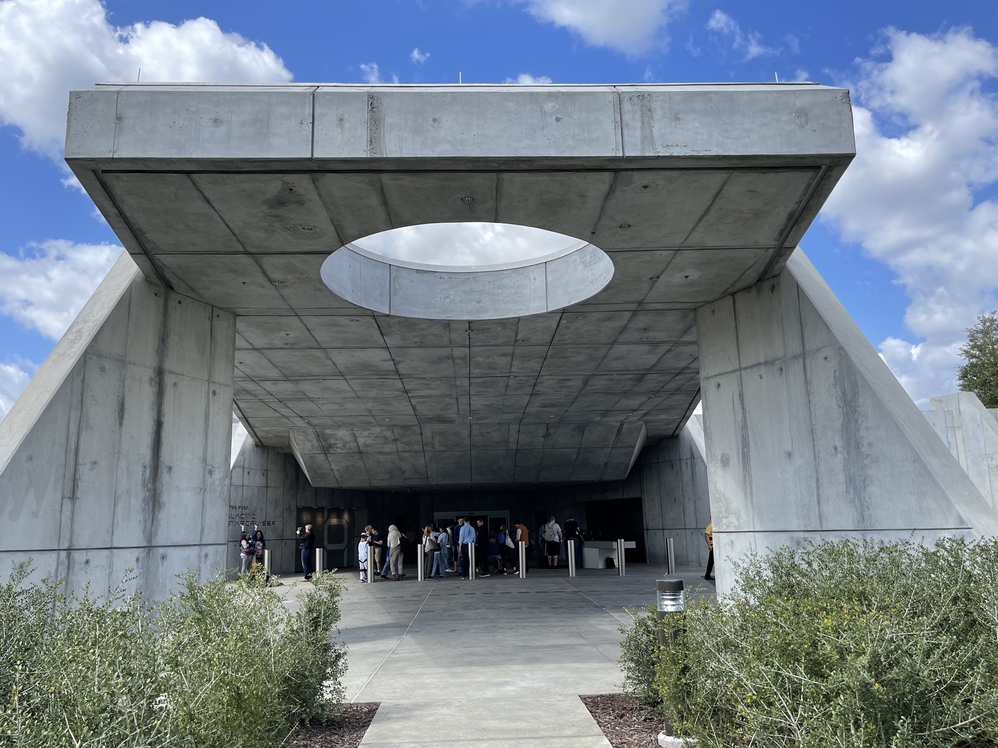 If you’re planning a stay aboard the Star Wars: Galactic Starcruiser, I thought it might be good to cover just a few things that you might want to bring with you. This list could be endlessly long, but I’ll start with these three. Here goes!

Costumes. Some things are quite obvious, aren’t they? For Star Wars fans, this is the perfect opportunity to live their galactic dreams. Want to wear a full-blown cosplay outfit? You totally can! Please keep in mind that adults are asked to refrain from wearing costume masks that cover their entire face, and nothing resembling a weapon can be worn while onboard, with the exception being a lightsaber hilt. I saw a little bit of everything while aboard the Halcyon for last week’s Media Voyage, and the talent and creativity of some of my fellow passengers was simply amazing.

Full blown cosplay not your thing? This is the perfect time to do a little Star Wars bounding. I had a blast wearing my Star Wars Musterbrand sweaters, and I found a Leia-adjacent sweater at Uniqlo. Add in a couple pair of boots that I wear almost incessantly in daily life anyhow, and I was good to go! If you’ve always dreamt of being a hero or a villain, now’s your time to shine.

An extra phone battery. You’ll be using your phone quite a bit on your voyage aboard the Halcyon. In fact, a Datapad (using the Datapad functionality found within the Play Disney Parks app on your smartphone) is vital to your time aboard the ship. You’ll receive communications from the crew, be able to check the schedule of events, complete missions while onboard and in Batuu, and more via your Datapad, and it’ll suck the life out of your phone’s battery in no time.

Of course there are outlets and USB ports in every cabin, but if you spend too much time in your room, you run the risk of missing out as major story moments unfold in the Atrium. Thankfully, the banquettes found throughout the ship’s Atrium have built-in USB ports and outlets, which is nice if you’d like to sit for a few minutes while still keeping tabs on plot points. That being said, you’re not gonna want to sit down for long because there’s so much to do and secret meetings to attend.

While there isn’t a FuelRod kiosk onboard, Passenger Services crew members stationed at the Concierge desk in the Atrium have a supply of FuelRods charged and ready to go. Simply stop by the desk and one of the crew members will swap your depleted FuelRod for one that’s fully charged. Of course, you do you: if a FuelRod isn’t your favorite method of portable battery, bring your fave and keep it charged. Just please bring one with you. There are missions to complete, and you won’t want to be left high and dry as you head from point A to point B.

Curiosity. I know it sounds trite, but it’s true. Bring your curiosity with you and keep a sharp eye out. Things unfold at a breakneck pace onboard; in fact, the story begins before you even board the Halcyon. Download the Play Disney Parks app before your voyage, study the voyage itinerary, and get to know the crew members in advance. And when you step into that Atrium, know that you’re stepping into a story. And it’s on from the word go.

Notice the details around you and get to know the crew and characters. Secret meetings and briefings happen at the drop of a hat, and being in the right place at the right time makes a difference. Be aware of your surroundings, keep an ear out for rumblings, and check the schedule of events on your Datapad often. Depending on choices you’ve made while onboard and in Batuu, events can be added to your to-do list on the fly and communications can come in from crew members that you won’t want to miss.

I had already made the list of these three things before having a chance to speak with Travis, one of the lead Imagineers who partnered with Lucasfilm’s Doug Chiang on the Galactic Starcruiser’s storytelling. When I asked him what one thing he recommends for passengers looking to get the most out of their stay, he said that he would ask them to be curious. Exactly! He also said that he would recommend that passengers would be open to having an adventure.

It’s a “the more you put in, the more you get out” situation onboard the Halcyon. Curiosity can lead to adventure, after all. And if you’ve booked a stay on the Starcruiser, you’ve got quite an adventure ahead of you.