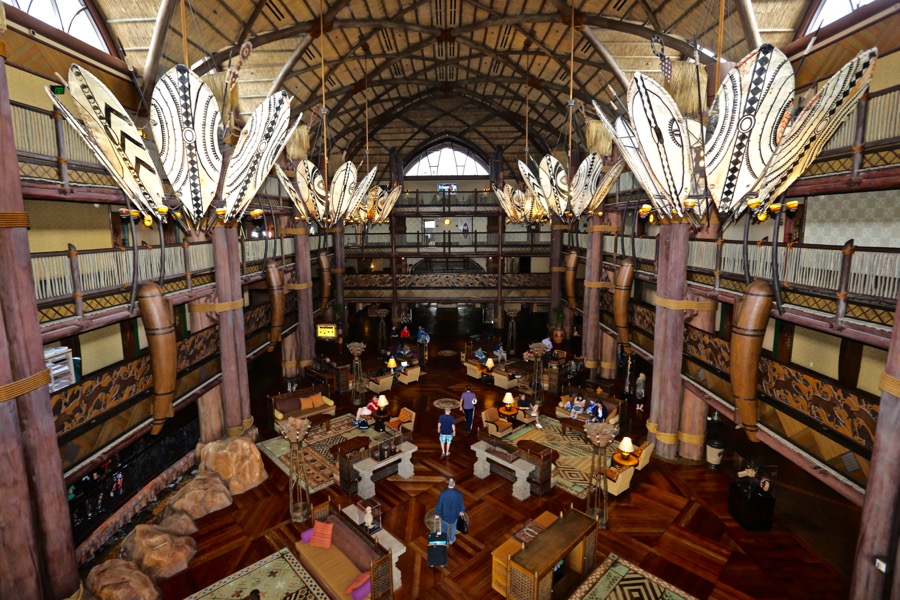 Over the years, I have been a guest at numerous Walt Disney World resorts. Lately, some of them have been riding on reputation alone.

I am a big fan of the changes we’ve seen at many of the resorts over the past few years. Interior refurbishments, along with the addition of the Disney Skyliner as an easier way to be transported around to the parks, are huge pluses for me. Several resorts are currently closed, however, with some of those being refurbished both inside and out. Some of the resorts that are currently open are changing soon as well.

I can think of three, however, that have fallen behind.

Disney refers to this Deluxe resort on the monorail line as “lavish.” The exterior is still a work of art and has maintained its elegance since 1988. It was my belated honeymoon resort and I have great sentimentality toward the Grand Floridian. So, it is difficult for me when choosing where to stay; I purposefully overlook this resort.

They need to bring this beauty back to life in the rooms and honor the “flagship” and “elegant” labels they were once given. The interior rooms desperately need a revival. I think the path from the Grand to Magic Kingdom, however, is a great start, and perhaps it will help lead the way for the monorail resorts that are currently under refurbishment. Bringing back live entertainment eventually would also be a huge draw. Fingers crossed when it gets its due; perhaps a little bit of Mary Poppins can be woven into its theming.

Just a bus doesn’t cut it anymore. Animal Kingdom Lodge needs to step it up on their transportation game in order to keep up with the other on-property resorts that offer so much more. Being removed is one thing, but not being able to compete with other resorts in terms of efficiency in getting to and from the parks is out of touch with the reality of what the other resorts have to offer. In my mind, unless you have a car, this resort is not an option because of the lack of transportation.

I have tremendous excitement that another resort on property will be reopening this summer! But the BoardWalk Inn, despite its great location, needs a total overhaul and, in my opinion, has an identity crisis. Basically, it’s anchoring the BoardWalk itself but is there a BoardWalk now? With the closures of ice cream shops like Ample Hills (including lack of easy access to Beaches and Cream at the Yacht Club), lack of nightly entertainment and few dining venues, it may have its reopening revival at some point, but for now, there is a disconnect. It cannot be a resort connected to an area that is lacking.

Disneyland’s Paradise Pier…gotta work on this one, Disney!

It is very exciting to hear that the Contemporary Resort, Wilderness Lodge, and Polynesian Village Resort will all be seeing exciting changes soon. The Value resorts are also receiving some love, and our beloved Port Orleans (Riverside and French Quarter) will be opening one day (hopefully soon) with their incredible theming and boat ride to Disney Springs.

In the meantime, I hope that Walt Disney World considers working on new ideas for my top three resorts that need some attention soon.