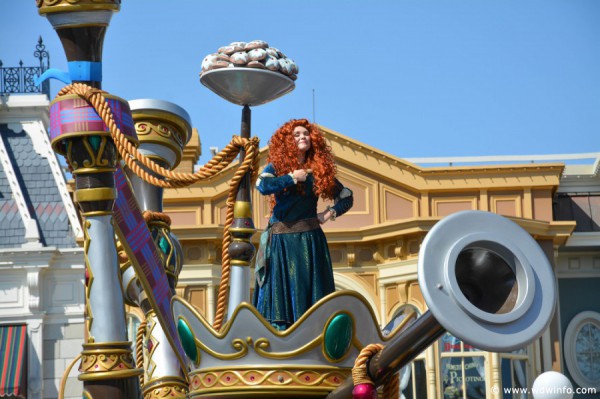 September 15th was the first night of the 2015 Mickey’s Not So Scary Halloween Party. The Halloween spirit was on full display for the first night of the party as many guests came in full costume. Disney themed or not, it seemed as if most of the guests participated in costume party festivities. Walking around the park I started to notice some trends. Certain costumes seemed to be popular choices this year. Here are the 5 most popular costumes seen at the 2015 Mickey’s Not So Scary Halloween Party: With the Pirates of the Caribbean attraction still down for refurbishment some guests seemed to take on the torch of the pirate spirit. Whether it was Captain Hook or Captain Jack Sparrow, the pirate costumes were clearly a popular choice this year. These costumes seemed to be worn by all ages; there were baby pirates, wise old pirates, and everything in between. With Captain Jack Sparrow doing a meet and greet in Adventureland for his fellow pirates, it made this costume even more fitting! This costume was popular amongst families. Sometimes this costume was just donned by just the parents, but in some cases the whole family partook in the superhero action as Mr. and Mrs. Incredible brought along their troops for this not so scary night! I was surprised to see so many of this costume considering the film came out 11 years ago, but being that it was a family celebration for most people in the park I guess it makes a lot of sense. A Disney classic and one of the popular costumes was dressing up as a Disney princess. Some of these princess costumes were so realistic I had to do a double take to realize that they weren’t actual Disney princesses roaming free in the park. One woman had a very realistic Belle dress that lit up, it almost felt like what Belle would wear if she were in the Main Street Electrical Parade! I could have combined this with the Princesses, but the number of Elsas and Annas almost outnumbered the rest of the princesses combined. With the Frozen hype seemingly not over, I wasn’t surprised with this being a popular costume. This costume was another choice that was popular amongst all age groups. Young and old seem to still have the bug for Elsa and Anna! The popularity of the film has translated into being by far the most popular costume choice for the 2015 Mickey’s Not So Scary Halloween Party. It was hard to walk around the part without seeing Joy, Sadness, and the rest of the emotions. Bing Bong even made an appearance among some of the group costumes. The massive popularity of this costume was what inspired me to write this article. Being that it was easily the biggest original Disney/Pixar film of the summer it does make a lot of sense, and I can almost guarantee that this will continue to be the most popular throughout this 2015 Mickey’s Not So Scary Halloween Party season.