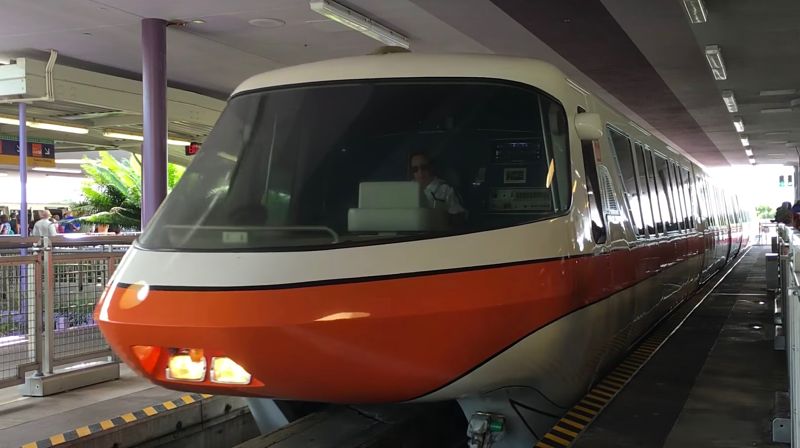 The Magic Kingdom at Walt Disney World has created magical memories for families around the world for over 45 years. In the creation of the Magic Kingdom a decision was made to have guests enter the park either by resort bus, by ferry/boat, or by monorail. When the park opened in 1971 this was brilliant approach, as it was a way of transitioning guests out of the normal world and into the most magical park on earth. Unfortunately, in 2017 when crowd levels are at an all-time high this magical experience has turned into a nightmare. It is especially problematic when the park closes as thousands of sweaty, tired, and upset guests must all cram onto one of these three transportation systems. Of the three options the resort bus transportation isn’t as terrible as the other two, but that option only pertains to guests staying on property. The monorail and the ferry/boat are downright dreadful.

What upsets me most about this as someone who loves the Disney parks is that many guests have the last memory of their Disney vacation aggravated by this fiasco. Disney has invested millions…rather billions of dollars in creating these magical family experiences, and sadly some guests become so exasperated by leaving the park that they never want to come back. Walt Disney World is my favorite place in the world, and I now get frustrated even thinking about leaving the Magic Kingdom. Walt Disney World has been engineered to create happy memories and yet they’ve designed leaving the Magic Kingdom to be something my nightmares are made of. In the grand scheme of things this is obviously a trivial first world problem. I can hear it now, “Boo-hoo, sad story, but I don’t really feel bad that you had to wait an extra 45 minutes to leave an incredible theme park.” Yet, for families that have spent thousands of dollars for their once in a lifetime vacation this can be a real frustration. They’ve paid for a premium experience and now they are being corralled like cattle for what feels like 30-45 minutes onto a crammed monorail or ferry/boat. You’d think Disney would invest a little more money, research, and time to figure out a better way to get guests out of their most popular theme park in the world, and back to their cars.

So, what could Disney do to fix this problem?

There are a couple ways Disney could greatly improve the monorail system. One option would be creating the Mark VIII. A complete redesign of the monorail trains could create higher occupancy of the trains allowing more guests exiting the Magic Kingdom to board. Another option would be to use the existing monorails more efficiently. If Disney safely added more monorails to the loop it could greatly improve loading guests and getting them to and from the Magic Kingdom.

There are three ferryboats: the Admiral Joe Fowler, the General Joe Potter, and the Richard F. Irvine. Adding another ferryboat could be a great way to get guests back to the Ticket and Transportation Center.

If the cost of adding another ferryboat or upgrading the monorail would be too expensive, the last case scenario, which would still be an improvement on the current layout, would be adding a pathway between the Magic Kingdom and the Ticket and Transportation Center. It would be a long walk, but as someone that hates being corralled like cattle I’d rather make that walk than deal with cramming into a packed monorail train.