Vox Populi: What Disney Fans are Saying About the Renovated Rooms at Pop Century (PICS!) 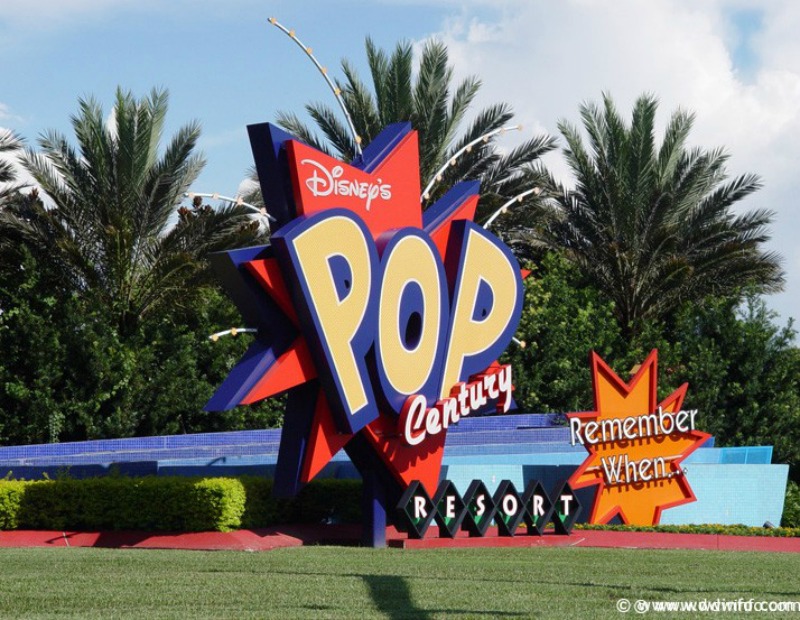 The rooms at Disney’s Pop Century Resort have been undergoing some major renovations since February and they’ll continue through May of 2018.

There has been an awful lot of concern from our posters at DISboards.com as to the theming of the new rooms. Most folks are saying that the rooms are sterile looking while a far less number of others love the changes. Take a look at some of the comments coming in from the boards (editor’s note: I’ll just share a couple of comments from each side, but stop by the thread to read more).

Poster ‘ColoradoMom12‘ says, “We were going to do a split stay at Pop next year, but we’re all very light sleepers. Obviously there’s more noise of footsteps on a hard surface than there is with carpet, but laminate flooring itself often creaks as well. A top floor room would eliminate some of this, but I still wonder how much noise will carry through the walls. Like others, I’m also a little upset about having no table at night after the kids are asleep. I’m wondering if All Stars might be in our future instead.”

‘Disneylover99‘ says, “Somebody correct me if I’m wrong, but all I see are stark white walls when I look at the renovated room pictures. That makes all the difference to me. A tan or beige colour would go a long way in adding some warmth or personality to a room. Any type of off white would pull the room together. But plain white? No.”

Here is a look at the Pop Century rooms as they were before renovations started, just for reference. As you can see, there wasn’t a whole ton of Disney theming; just the photo collage on the wall and the runners on the bed. The blue focal wall and colored carpeting both warm up the room a bit, but there wasn’t much there as far as Disney theme to begin with.

The new rooms offer bursts of color and feature Mickey Mouse and Pluto. The flooring is much easier than carpeting to keep clean with so many guests coming through.

Not only are there are TEN USB ports throughout the rooms making it very easy to plug in all of your electronic devices, but there are nightstands on each side of both beds! Let’s take a photo tour real quick. Some posters are looking forward to seeing the new changes and already have plans to liven up the room more to their liking by bringing things from home, like ‘jenniiferr‘ who says, “I was thinking of bringing removable wall clings to put on the slider door to liven up the room! I know some people don’t want DISNEY shoved in their faces but I personally go to Disney to be immersed in all things Disney! I don’t love that they don’t have an accent all with some color but it’s not going to make me book elsewhere… we slept in full beds at past stays and it’s not a deal breaker to have to sleep in one. I will most likely take down the murphy bed and keep it down and bring bed trays for meals if needed. I think POP needed this and I think the ALL Stars need it even more! The carpet always grossed me out along with the cloth shade going into the bathroom so I am all for the changes!”

Other posters like ‘erij11‘ have already experienced a stay in a newly refurbished room and absolutely love it having said, “I checked into Pop today and got a refurbished room! I originally booked a preferred room and requested the 70’s. When I got here, I asked if they had any refurbished rooms available. The CM make a phone call to check and they had a room for me and it was ready. We got here about 2 pm. Since I originally booked a preferred room, I even got a credit for taking a downgraded room. This is quite an awesome downgrade! We are here for a 3 night trip celebrating my daughter’s high school graduation so this is incredible. The room is absolutely beautiful. We are currently watching Avatar (before we visit Pandora tomorrow) which is being played on a continuous loop on Channel 80.”

Stop by the Pop Century Room Renovations thread over on the Disney Resorts forum at DISboards.com or leave a comment below and share your thoughts on the new rooms!