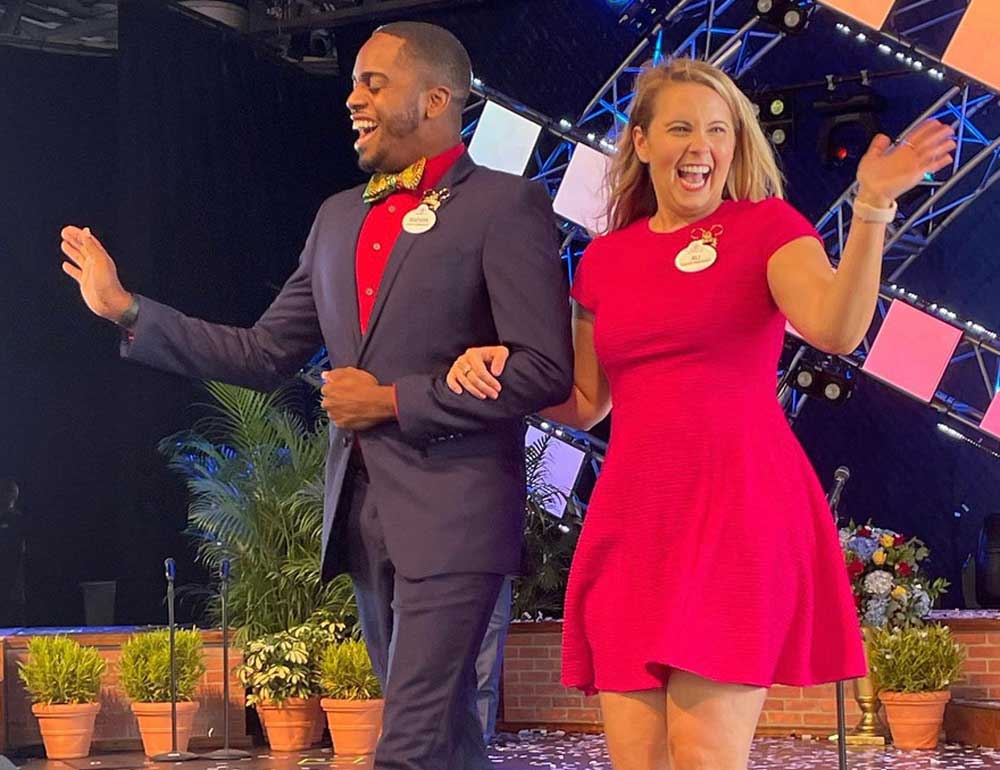 On his Instagram account, President of the Walt Disney World Resort, Jeff Vahle, announced that the new Ambassador Team has been named for 2022-2023.

In his post, he introduces Raevon Redding and Ali Manion as the two new Ambassadors who “will soon become the resort’s “Emissaries of Goodwill” representing Walt Disney World and its cast members throughout Central Florida and beyond.” The two were picked from many Disney cast members who were interested in the position and they will help usher in the 50th Anniversary celebration.

Marilyn West and Stephen Lim have been serving in that role and you may have seen some of their many Instagram posts at @wdw.ambassador. They assisted with opening Gran Destino Tower, the Disney Skyliner, Star Wars: Galaxy’s Edge, and Mickey & Minnie’s Runaway Railway to name a few.