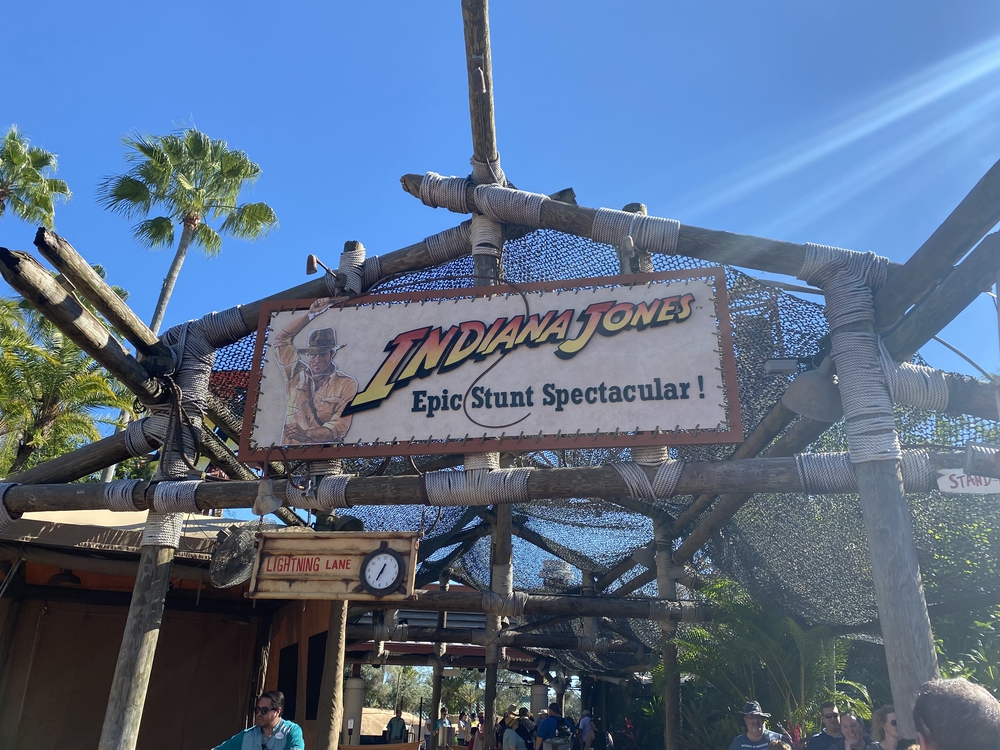 As we have seen in the past couple of months, live entertainment has been coming back to Walt Disney World slowly but surely. Many Disney fans were waiting for the Indiana Jones Epic Stunt Spectacular to return to Hollywood Studios. This show has funny moments, a lot of action, and great Disney entertainment. Before Covid, the fan-favorite section was when they had participants from the audience help out with the show. I recommend coming early to grab a spot because I arrived 30 minutes before showtime, and the entire theater was packed to the brim with excited guests. It’s exciting to know that entertainment is getting back into the parks. Having these shows around gives a feeling of normalcy.

As Indiana Jones came down from the ceiling on his rope, the audience went wild. It was great to be surrounded by such happy guests and guests that love this show. The show still has excellent jokes and outstanding entertainment cast members. This show, I believe, really portrays what Hollywood Studios is all about.

As we have seen with all the shows that have made returns, there are some changes. One of the most apparent changes is the lack of audience participants and the length of the show. The casting director did come out on set and let us know that we are all in the show as the background sounds like a live audience recording. The casting director directed the audience to scream, laugh, and make horse noises (that one was just for fun).

The main part of the show is, of course, the stunts. The stunts in the show are still amazing and will make you gasp. They still have the tumbling section of the show, which is one of my favorite parts. I love acrobatics! You could tell that everyone else loves that section, too! The stunt actors still perform three different scenes. The last scene has all the other effects that they could possibly do, which they say makes the show epic. This show truly is an epic stunt spectacular.

I am so happy to see that this show is back at Disney’s Hollywood Studios. Maybe soon we will see the return of The Voyage of The Little Mermaid. As I mentioned earlier, having these shows back makes the world feel normal again even though it’s not. Entertainment is such an essential part of the Walt Disney World experience. I think that entertainment brings our favorite characters and movies to life right before our eyes.

Let us know in the comments below what your favorite part is of the Indiana Jones Epic Stunt Spectacular.