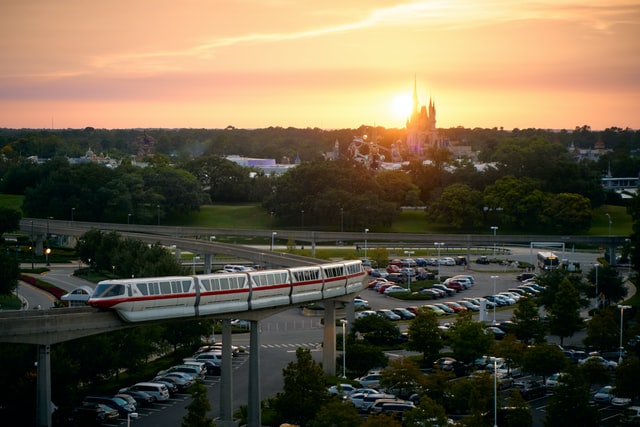 We’ve had some heated discussions over the past few months, trading opinions (and a few judgments) about the changes made at the Disney parks, and, to be honest, I have never really shared much of what I find disappointing when it comes to the current state of Disney. Not because I am trying to cover it up or any other sort of clandestine agenda that some would rather envisage, but simply because it’s just not my style.

Some of you might think I have some affiliation with Disney. Truthfully, I am just a glass-half-full kind of girl who was deprived of any choice to visit the parks for several years thanks to COVID, so perhaps I just see it differently. Even so, I can’t deny that some of the changes seem, at the very least, utterly unnecessary to me and have definitely affected the way I feel about Disney. To the point where I won’t go or can’t feel the magic? No, but it’s different, for sure.

In the spirit of positivity, my problem-solving brain has taken over this week. It makes me wonder when most die-hard guests, like myself, started to feel that point in a relationship where something feels off; the Tipping Point, as Spencer Wright calls it. I now want to know what it would take to put the pieces of our relationship with Disney back together. No pitchforks are required for this discussion. I am curious what token offering would win back your affection, even if only as a starting point to build a new relationship.

Thanks to the p-word — I’m sick of saying it at this point — many aspects of the parks were altered or taken from us, through no fault of Disney. Experiences like character greetings and meals, for example, saddened fans worldwide, the return of which will surely help to reignite some of that intimacy. But Disney took things a step further in those same two years. Building on their newly affirmed legacy of being seemingly cheap, a characteristic the parks became associated with when they removed perks like free parking and airport transportation, Disney exceeded disappointments in 2021 with the removal of FastPass+ and changes to the free MagicBands.

While I could spend all day listing the things that have made us eyeroll, today I am asking you what it would take, what small gesture of good faith could Disney make that make you feel differently. I’ll start to get the ball rolling, but again, I stress to you, I’m trying to find the light at the end of the tunnel here, not just start a hate-fest, because really, what will that achieve?

Genie+ didn’t get my ducks out of order the same way it did for others. I always saw a paid service on the horizon and honestly thought I could fit well into the offering of guest options, just like MaxPass in Disneyland. However, what did frustrate me was that there was no need to take away the three free opportunities for those staying at the resort. Why not let them stay? Even one? Taking away those couple of free FastPass+ options for resort guests not only ruffled feathers but showed poor implementation and a fundamental lack of market understanding as well. From a business perspective, offering guests even one free Lightning Lane experience would surely make more people want to keep the good times rolling and sign up for Genie+. It’s the basis of every marketing sample strategy in the world.

So, what would make me feel better about it? There is no point in saying put it back the way it was; that isn’t in the cards. But, Disney could easily start offering a free Lightning Lane or two to guests staying at a Disney resort. It would be the first offer of added value we have seen in a long time and would likely result in more Genie+ sales for the parks anyway. Win-win, right?

As much as I wish I didn’t have to, in the interest of full disclosure, I will be using Genie+ on my next trip to Walt Disney World, though I still believe it could have been implemented differently and avoided much of the hostility.

The next one you might not see coming, but for me, it has changed the way I enjoy the parks. If you have read a few of my articles over the years, you might have come across some shopping advice that I swear by. Get that unique souvenir while you can. If you see it, grab it. Too often, I hear stories of people searching on the last day for that item they saw three days ago, or the size they just missed out on, etc. When you find that special something that makes you feel like you are taking a little bit of magic home with you, do not think, I’ll come back for it later.

This way of shopping was made much easier by Disney’s Merchandise Pick Up Service, where you could purchase at a store and then collect it at the gate on your way out for the day. That option went away with COVID in a way that I understood was temporary. See, I get it, people touching the same bag, excessive exposure, and all that jazz, but when face masks and distancing went out the window, why exactly can’t this beneficial service make its return as well? Instead, it stops me from purchasing in the parks, not wanting to be weighed down by souvenirs while also being unmotivated to buy them later on in the day when everyone is tired and ready for bed.

The Resort Delivery service never quite did it for me, and I can still see the reservation in bringing that back, though purchasing from stores within the parks and picking up at the front gate is another story. I fail to see how double handling a shopping bag could be more dangerous than being allowed to make physical contact with characters after the two hundred people in front of you have already done the same thing. To me, this service was the embodiment of what a Disney vacation was supposed to be, a carefree escape from reality. And as the Mum in my reality, I already feel like a pack-horse most of the time; the luxury of someone else taking the shopping bags for the day was divine.

Those are my suggestions, two seemingly insignificant things that won’t affect park revenue but change the way I feel about my relationship with Disney. They change the way I pack, the way I shop, and the way I plan out my days. Where did your connection with the parks break free from the close bond it used to be? What small gesture could Disney make that would go a long way in repairing that damage?