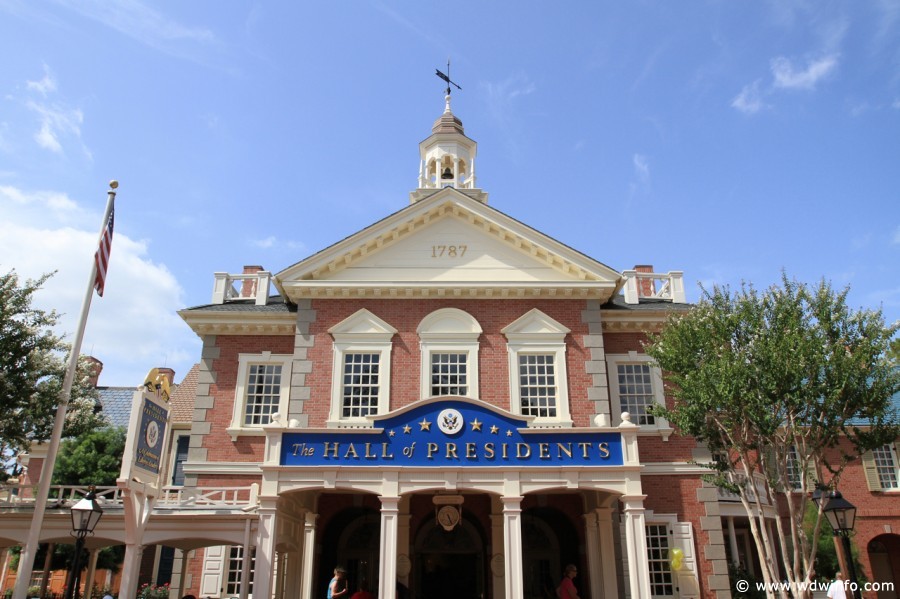 Shortly after President Trump’s inauguration, many Walt Disney World park goers became curious of when his audio animatronic representation would be added to the iconic Hall of Presidents attraction in the Magic Kingdom. Earlier this year, we were given the rough time frame of “Late 2017.” As we approach the end of the year and the attraction remains closed, it is becoming reasonable to question…what the hell is going on?

This topic could obviously become political very quickly; in this article, I will refrain from pushing it there. The intent of this article is simply to question Disney on how much longer we are expected to wait. Earlier this year, Vice Media retracted two articles titled, “Here’s The Secret Backstage Trump Drama At Walt Disney World’s Hall Of Presidents” and “Behind The Scenes Of Disney’s Donald Trump ‘Hall Of Presidents’ Installation.” Both articles addressed the delay in the opening of the attraction by claiming there was some hostility between Disney and the Trump administration, which was causing the postponement.

Disney quickly shut down the Vice Media reports in a blurb by the Disney Parks Blog, essentially saying that the delays had nothing to do with hostility between the two camps. Disney claimed that the delay was due to the attraction upgrading its sound system, adding a high-definition projection system, and changing some lighting. This was believable enough at the time it and calmed down speculation somewhat. We are now 5 months from that report, and speculation is beginning to bubble up once again. In full transparency, I have no insider information on this issue, and Disney could very well be being completely honest when they claim the delay is strictly due to the added lighting, a new sounds system, etc., but I just wish Disney was slightly more transparent on the sensitive issue. Disney doesn’t have to prove anything to us, but I do think it would help shut down speculation and frustration if Disney simply posted an “inside look” on the Disney Parks Blog of pictures of the construction workers installing said projection system or lighting, just to calm everyone down. The reason I think this would be effective is that in our current state we have two opposing political sides that are becoming increasingly anxious the longer they wait without hearing anything from Disney. A simple blurb, picture, short video, etc., proving that work is being done might make everyone accept the delay.

This entire article could prove to be pointless if Disney decides to open the Hall of Presidents within the next week or two, but it just doesn’t feel like that is going to happen.

Again, this wasn’t intended to be political. I hope moving forward Disney becomes a little more transparent to calm down the tension between Walt Disney World park goers. If they choose to remain silent, they better be prepared to face the anxious speculation.