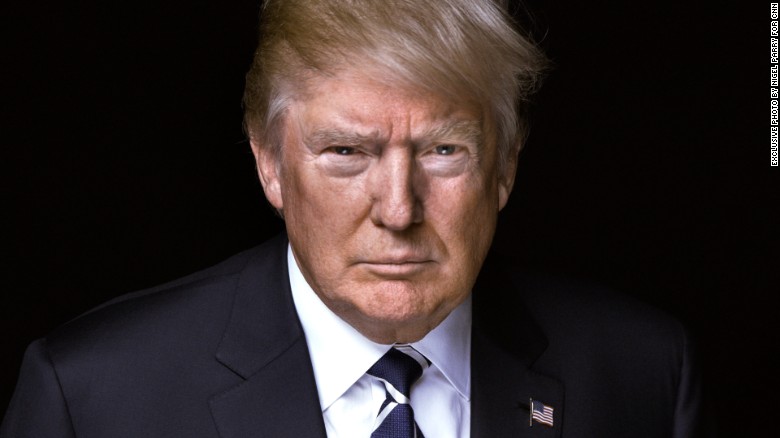 Since his election and subsequent inauguration as President of the United States of America, Donald Trump has been a controversial figure in almost every area of American culture. Heated debates are exchanged regarding every topic that Trump may influence, and this has even stretched as far as Disney. Passionate Disney fans have gathered to protest Bob Iger’s involvement in Trump’s economic council and formed countless petitions to influence Disney’s political stance, but one of the first, and most heated, concerns of park-goers was what would happen with the Hall of Presidents. In an article published on Motherboard by Kevin Wong, who writes for VICE Media, some backstory and insider details have been reported that may shed some light on exactly what is transpiring behind the curtains of the Hall of Presidents.

The controversy over Trump’s inclusion in the Hall, as well as why it’s a major issue with fans, may require a bit of explanation. The Hall of Presidents is a history-driven attraction in Walt Disney World‘s Magic Kingdom that runs around 23-minutes-long. During the presentation, speaking roles are given to George Washington and Abraham Lincoln, who are surrounded by animatronic representations of every U.S. President. Starting with Bill Clinton in 1993, each sitting President added their vocals for an introduction in the Hall. When President Trump’s victory was announced, numerous Disney fans were outraged that his voice may be added as well, citing the fact that his voice was also used by the man himself in multiple instances of hate-speech, misogyny, and racist remarks. Petitions to keep his voice out of the attraction were immediately created, one having collected nearly 15,000 signatures to date. The major question fans have been asking since is, “How will he be included, and will he speak?”

Disney takes its fans seriously, and so this question became a major issue for them as well. This is not the first time Disney has had to face political controversy regarding the Hall, however. Not only has each new president since the venue’s creation caused some division among guests, but Wong spoke to Disney historian/blogger Jim Hill who referenced that even staff were affected, playing pranks on previous presidents’ animatronic counterparts (Making Nixon look handcuffed after Watergate, subtly placing a condom in Clinton’s pocket). With Trump’s divisive effect on the country in general, it does not look like his presence would have any more of a positive effect within the confines of Disney.

An inside source with ties to Disney Imagineering spoke with Motherboard via phone and e-mail conversation regarding Trump’s role in the attraction. The source claims that Trump will be present, but probably not have a speaking role. The show would revert back to the pre-Clinton Administration format, keeping the tone of the current show while only giving vocals to Washington and Lincoln.

Motherboard’s source told them, “Given how polarizing the president is right now, Disney Parks & Resorts is currently trying to find [a solution] that approaches middle ground. They want to include our 45th commander-in-chief in this 45-year-old theme park attraction, while at the same time, not seem to endorse or support some of Trump’s more controversial policies.”

One justification for the lack of a Trump voice-over is Trump’s own lack of involvement in the process. Evidently, Disney has been attempting to set up a recording with Trump since January to no avail. The source stated, “That’s a part of this—just getting time with him [to record]. I guess there’s also been some back-and-forth on his proposed script, which is something they’re hoping to use as a ‘Get Out of Jail Free’ card. If he’s not available to record, they can use that as a legitimate excuse… that’s kind of what Disney’s hoping for.”

Disney Executives Pamela Fischer and Kathy Rogers traveled to Washington for a 20-minute recording session with President Obama, and Fischer had previously done the same for President Bush. The scheduling difficulties with Trump are not business as usual for Disney. It is difficult to know for sure what the Hall of Presidents debate would look like under a Hillary Clinton Administration, but that seems to be the outcome that Disney themselves were expecting.

Motherboard’s source said, “They were convinced that Hillary was going to win. They were having conversations in late October and early November on how to dress her. ‘Should it be the pantsuit she wore at the [Democratic] National Convention? Or should it be a darker color?’ They were thinking along those lines. No one was giving any serious thought to it being Trump.”