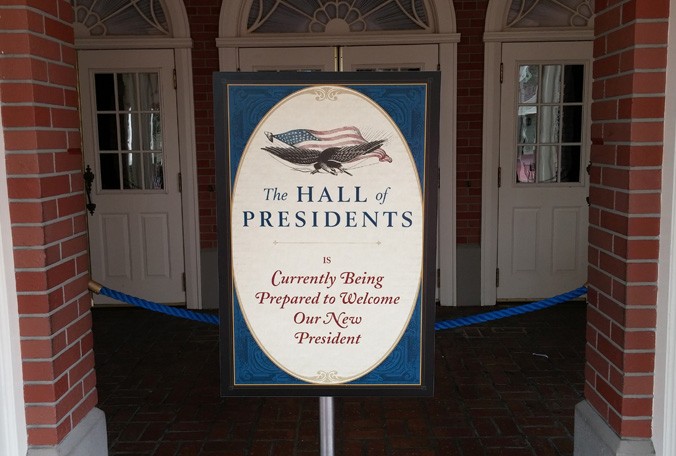 Disney’s Magic Kingdom attraction, The Hall of Presidents, has a decade-spanning tradition of having their animatronic version of the sitting President deliver a speech, with the actual President providing their own voice. The coming addition of newly elected President Donald Trump has sparked a petition on change.org to forgo that tradition, and omit any dialogue from his animatronic avatar.

The petition was started by Brooklyn, New York resident Matthew Rogers and has, five days since its submission, achieved just under 4,000 signatures thus far. Rogers characterized Trump’s rhetoric as hateful and his attitude as intolerant; describing it as inappropriate for the Magic Kingdom, as well as the children and families who visit the park. In regards to the President, the petition states, “Donald Trump ran a Presidential campaign on hateful speech, misogyny, racism and xenophobia,” and then compels Walt Disney World to, “take a stand against divisive and hurtful rhetoric and have the backs of millions of Americans and people worldwide whose day would be ruined by the depiction of a speech by Donald Trump.” Rogers’ goal is to persuade Disney to exclude a possible speech made by Trump during the attraction.

Trump’s last three predecessors have delivered speeches in the hall, which opened in 1971 and is comprised of animatronic versions of every US President. Starting with President Clinton adding his voice in 1993, it has continued through both the Bush and Obama administrations; with George W. Bush providing vocals in 2001, and Barack Obama in 2009. Disney had announced the temporary closure of the attraction between January 17th and June 29th for refurbishment, presumably to add in the new sitting President’s animatronic counterpart. Disney has not announced any details of what Trump’s role may be in the attraction.