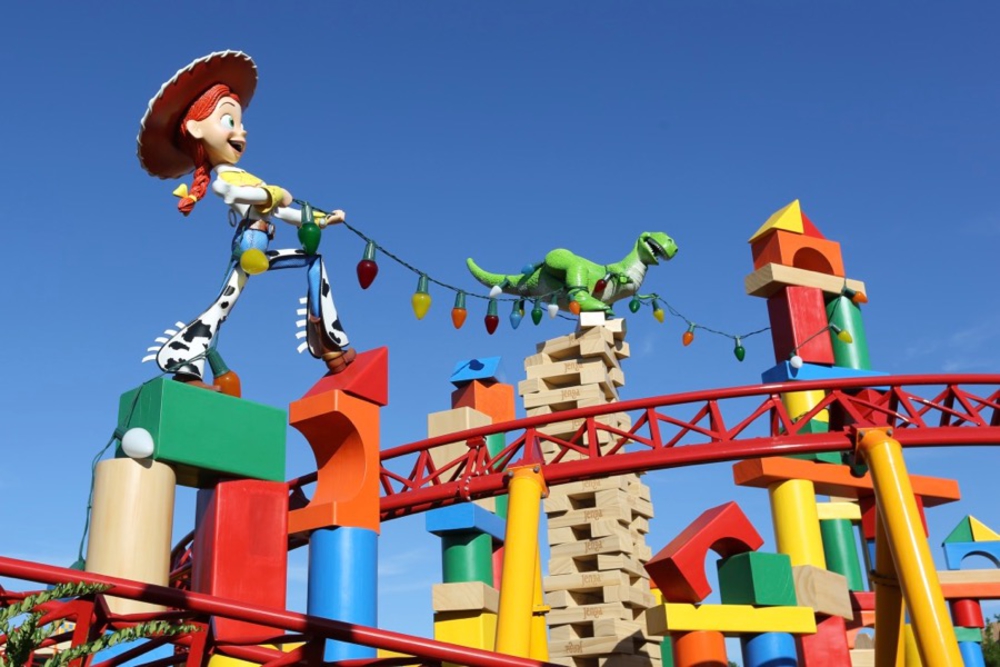 At the beginning of summer, Disney let fans know that character meet and greets would slowly but surely make their way back to the parks. When they made that announcement, I predicted that all meet and greets would return just in time for Halloween. My forecast wasn’t 100% correct, but many characters did get back out there to meet guests throughout the season.

This past weekend our Toy Story friends Woody, Buzz Lightyear, and Jessie headed back to Andy’s Backyard in Toy Story Land to meet guests. The land felt empty without them meeting and greeting because it felt like there were no “toys,” just rides with really long lines. Let’s look at the meet and greets times and locations, shall we?

Guests can meet Jessie near the entrance of Toy Story Mania. Jessie is the roughest, toughest cowgirl in the West. She is the only character that freaks me out; I don’t know if it’s her eyes or that she doesn’t really have a neck. Anyway, enough of my fears; seeing her back in Andy’s Backyard with her best pal Woody is great.

Woody can be seen with Jessie by Toy Story Mania. Woody is a beloved character that many guests grew up with. He is described as the one that all the toys look up to. He is brave, smart, and kind, like a cowboy, should be.

If meeting characters is essential to you or your travel party, plan accordingly. The My Disney Experience app lists all the meet-and-greet times, which is an excellent tool for those who like to plan their days. These characters meet outside so if there is inclement weather, ask a cast member if they were moved to a different location or if they won’t be meeting until it passes.

Will you be making time to meet these characters on your next Disney vacation? Let us know!