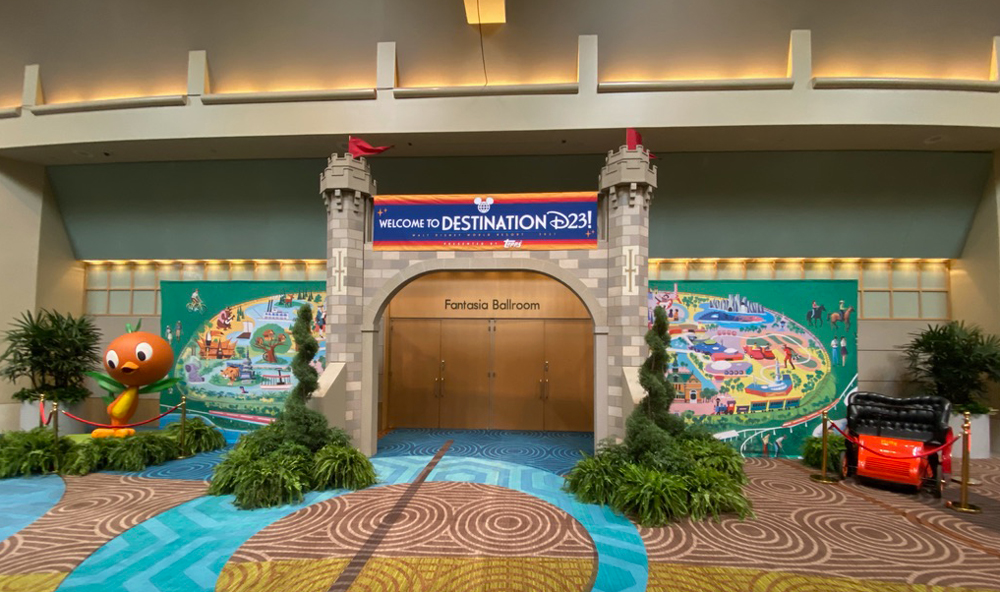 If you’re like me, chilling out in your home office watching the Destination D23 event that’s happening currently at Walt Disney World from behind your computer, I thought we’d take a closer look at some of the incredible merch that’s available at Mickey’s of Glendale. Getting to shop at this Walt Disney World Imagineering shop is an exclusive perk available to those who are attending the event this weekend.

Did you watch the Muppets Haunted Mansion special on Disney+ last month? It was so good and there are some fun pieces of merch available at the D23 event that we hope to see for sale eventually at the Disney World theme parks.


PizzeRizzo over at Disney’s Hollywood Studios might not serve the most fantastic pizza anyone’s ever had – although I happen to like it – but we are here for this merch from our beloved Rizzo the Rat!


There are a few pieces from The Muppets Studio as well.

Check out the coffee mug and tee-shirt from the Muppet*Vision 3D attraction at Disney’s Hollywood Studios.


Orange Bird is featured on a lot of the items that are available as well including a baseball cap, rugby shirt, and water bottle. There is a new spirit jersey too with him on the front and Figment on the back.

Do you remember seeing the Disney Paper Parks series over on the Disney Parks Blog? There is some cute apparel featuring some of those pieces too!