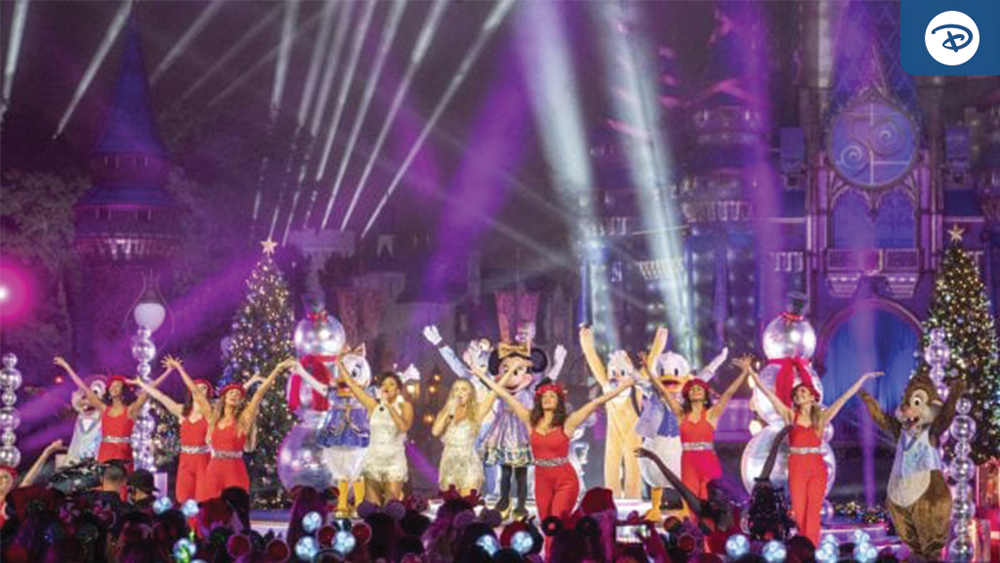 As some of you may have noticed on various social media outlets, there was lots of filming taking place at the Magic Kingdom last week for the upcoming Disney holiday specials that air on ABC.

This year’s holiday specials will once again be hosted from Walt Disney World Resort in Florida and Disneyland Resort in California and the celebrity lineup has officially been announced. I’m not sure about any of you, but I really look forward to having these specials on my TV year after year while I’m in the kitchen making my family’s favorite holiday foods.

Viewers can look forward to exclusive sneak peeks including one from Star Wars: Galactic Starcruiser, which opens March 1, 2022, at Walt Disney World Resort. In addition to that, viewers will see a trip onboard the all-new Disney Wish from Disney Cruise Line and special looks at Walt Disney Animation Studios’ Encanto and Steven Spielberg’s new film West Side Story.

Musical performances for “The Wonderful World of Disney: Magical Holiday Celebration” include:

In addition to the parade, musical performances for “Disney Parks Magical Christmas Day Parade” include the following: