The Top 5 Reasons for Adults to Cruise with Disney 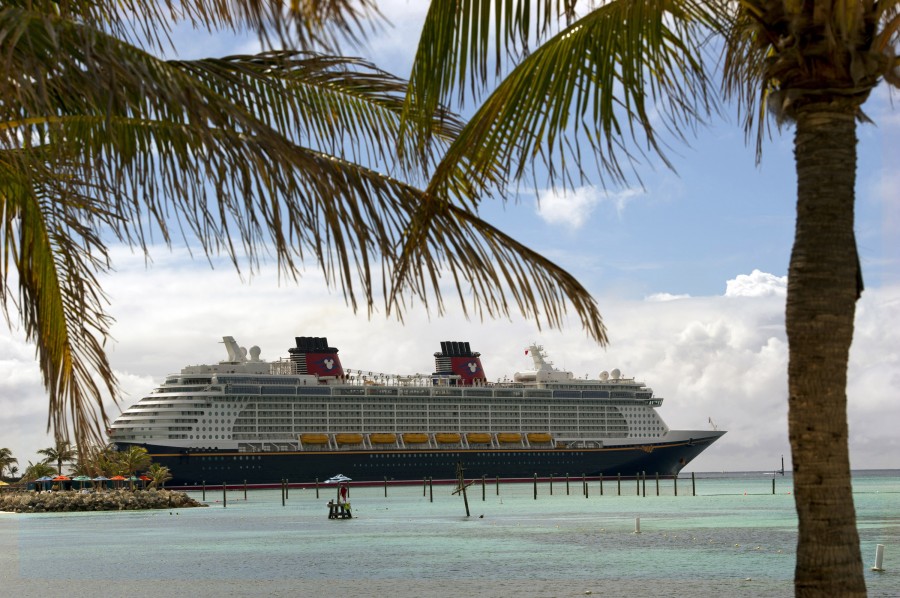 It’s widely known that Disney Cruise Line caters to families with young children, but what about adults traveling without kids? Are there any quiet spaces to relax? Will the ship feel overrun with kids? Are there enough activities to keep adults entertained? While I initially chose Disney Cruise Line for my family’s first cruise because of my young daughter, now that she is an adult we continue to sail on Disney ships for the following reasons:

I have always been a Disney fan. My first movie was a Disney movie and my first family vacation was a trip to Disneyland when I was 2 years old. So it’s not a big surprise that I prefer the playful, festive atmosphere I have found on the Disney ships over that found on a “booze cruise” filled with lots of smoke and casinos or some of the more sedate luxury cruise lines. And while Disney built the ships with families in mind, that doesn’t mean that it feels like a theme park. The interior spaces are beautiful and elegantly decorated in either the art nouveau or art deco style. And while I don’t race to take photos with all the characters, seeing them walk around the ship and interacting with guests of all ages creates a fun and festive atmosphere that I truly enjoy. Disney really knows theming, down to the very last little detail. It’s part of the décor, the menus in the restaurants, and the entertainment on the ship. I appreciate all the Disney touches, from subtle Mickey heads on the elevator banks of the Wonder to the fancy chairs and giant Cinderella mosaics on the Dream. The theming of the restaurants and the adult areas such as Skyline, the Crown & Fin Pub, and Pink separates Disney’s lounges from those on other cruise lines. Where else can you feel like you are inside a champagne bottle, at a London Pub, or at Tiana’s supper club in New Orleans when you are actually on the high seas? As for evening entertainment, there are so many options to enjoy.   In addition to the amazing, Broadway-style live shows in the Walt Disney Theater and Pirate Night, there are also special adult-only performances of variety acts along with games like Disney trivia contests and Match Your Mate. No kids? Prefer a quiet place to relax? No problem. There are plenty of indoor and outdoor spaces specially designed for the adults on board, and the over-18 rule means there won’t be kids running around. In addition to the nightclubs, each of the Disney ships has at least one adult deck with a pool and Jacuzzi. On a sea day I enjoy resting on a padded lounger and watching the ocean waves, sitting in a glass bottomed Jacuzzi with a view, or heading up to Satellite Falls for some fun in the sun. I also enjoy the quiet atmosphere and delicious snacks and lattes served in the Cove Café.   There is also a gym, Rainforest Room and Senses Spa to enjoy, along with adult activities such as cooking, wine tastings and Mixology. And then there is Serenity Bay on Disney’s Castaway Cay. My last visit there was during a packed Spring Break cruise and that little section of the island was so peaceful and uncrowded that I really did not want to leave at the end of the day. The rotational dining on Disney cruises is definitely a draw for me. It’s fun to rotate through all the themed restaurants on the ship, like Animators Palate and Royal Palace, while keeping the same serving team each night. While families with younger children tend to prefer main seating, I always book late dining because it is quieter and not rushed.   And for a special treat I either book an amazing brunch (my personal preference) or dinner at the adults only Palo or Remy, where we can enjoy delicious food and fantastic service at an extra fee. Cruise cabins tend to be very small, but the clever layout and sizing of the staterooms on the Disney ships make them feel more spacious. I especially like the cabins that have split bathrooms. The two half-baths (one with a sink and commode and the other with a sink and a tub/shower) make it easier for several people to get ready at the same time. And on every one of my cruises the stateroom hosts were very good at keeping things clean and organized, filling our ice bucket, and turning down the beds at night. This is all done in a very unobtrusive way with the added magic of a fun towel creation left on the bed each night. Will there be lots of kids if you cruise with Disney? Yes. But I believe there are more than enough adult-only spaces, activities, and even excursions where you won’t feel surrounded by them. Add to that some special Disney touches and for my adult family a Disney cruise is a magical vacation.