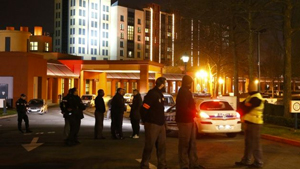 The man who attempted to bring guns into a Disneyland Paris hotel has been placed under house arrest. Prosecutors had originally been seeking a nine-month suspended sentence. The 28-year-old man has been sentenced to six months at his home; he currently lives with his mother southwest of Paris. betfinal عربي He must also wear an electronic tracking bracelet and is banned from carrying firearms for five years. العاب على الهاتف المحمول

Investigators said they did not believe he was planning a terrorist attack. سباق احصنة The man claimed to have the guns to protect himself after he himself had become a target of aggression and said he hadn’t wanted to leave them at his mother’s house.

His girlfriend described him as “a boy with a big heart”, though the judge deemed him a “pathological liar.”

He has no prior record, other than a traffic case.