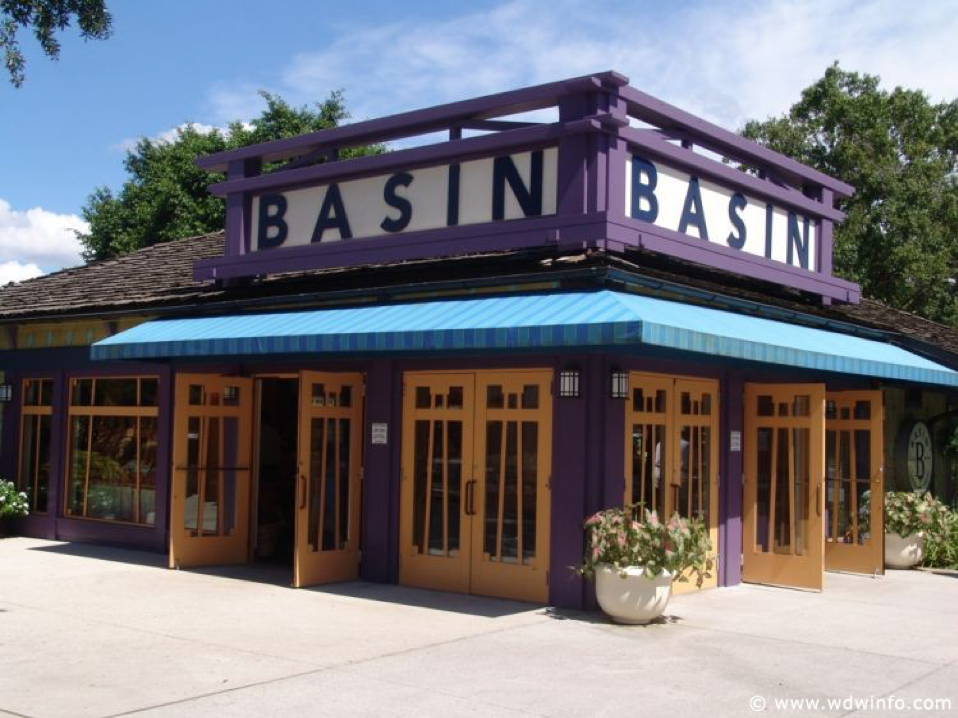 The Merchandising Department of the World of Disney does not disappoint in providing a wonderful array of food, ornaments, apparel and accessories, and much more. From Dooney & Bourke purses to keychains, they overall do an excellent job providing options for various ages and tastes. For many, a total Disneyfication of their home and other spaces helps with the ‘Post-Disney Blues’. Some fans of Disney theme parks are ‘all Disney all the time’ and for others, a love of the parks is one of many proclivities.

While some fans undeniably love Disney and the parks, they don’t want to be constantly ensconced in Mickey Mouse throughout the year. Perhaps friends or family simply do not share the love of Disney you possess. Or perhaps you are a gentleman who prefers to be more discreet? If so, there are many ways to enjoy the magic of Disney California Adventure or Flight of Passage at home.

Basin is a store with locations at Disney Springs and the Grand Floridian Resort. Of note, the Grand Floridian location goes under the name, Basin White. The stores feature natural skin and bath products, including hand-cut soaps. Other products include bath crystals, shampoo bars, and more. It is very easy to try out products for yourself. A wide variety of scents are available such as Peppermint, Ginger Ale (seen below), Evergreen, and Fresh.

They have great soap options for men and women with a pretty equal offering for each (unfortunately quite uncommon elsewhere). Many of these soaps do include some Mickey heads in them and might provide the little spark of Disney one can enjoy as they start their day. The smells associated with simply preparing ones’ face for morning exfoliation could provide a reminder of Disney Springs or the Grand Floridian concourse. The Mickey head patterns are only available at Walt Disney World and provide a touch of Disney limited to your soap dish.

Ambient music permeates every corner of Walt Disney World and Disneyland from resorts, to transportation, parks, and attractions. Many are quite memorable and unmistakable, such as the accompaniments to “it’s a small world” or Splash Mountain.

But if one wishes to add subdued music to their life at home, many other options exist. This includes musical soundtracks heard in Pandora: The World of Avatar, in the queue for Space Mountain, and on the informational station available on resort televisions. They provide a great companion when one is balancing their household budget, completing housework, or tending to other administrative duties. By no means do I wish to disparage more lively soundtracks available, but less jovial options than the soundtrack to the much-missed Main Street Electrical Parade are available. For a soundtrack which will transport you back to the parks and attractions you love, please feel free to search YouTube. From my own experience, often anything pertaining to Epcot is a pretty good choice to have some subtle background music, from Spaceship Earth to Soarin’.

Scents specific to certain areas are a crucial part of the experience at Disney Parks and Resorts. Not all are pleasant, such as the fumes emanating from the Tomorrowland Speedway. But more often than not, smells immerse one further into the environment which Imagineers have toiled to create. Most scents are a delight, from caramel in the Germany pavilion in Epcot’s World Showcase to the water in Pirates of the Caribbean.

Therefore, candles are a great way to bring some of the magic of Main Street, U.S.A. or the Beach Club lobby right to your living room. While there are many wonderful brands which make Disney scented candles, Magic Candle Company* is my personal favorite, with offerings such as Beach Resort, Animal Lodge, and Banshee Flight. Since there are not officially made by Disney, they are not perfect matches, but absolutely have a transformative effect. The fresh smell of the Crescent Lake resorts or the smoke of Rome Burning in Spaceship Earth are now easily accessible via a variety of brands of candles; as well as sprays and wax melts.

‘Learning about Disney history’ is quite a prodigious task, as it includes everything from the parks, attractions, animation, and business. No shortage of venues exist in order to learn about Disney history, including the Connecting With Walt podcast, and hundreds of wonderful books pertaining to all the applicable sub-topics. Such books include the biographies by Bob Thomas of Walt Disney and Roy O. Disney.

Authors such as David Lesjack offer books on subjects such as the Disney Studios during World War II while Dave Bossert has written about the history of one of the Disney’s earliest animated characters, Oswald the Lucky Rabbit. J.B. Kaufman has written about a variety of topics from the making of Snow White and the Seven Dwarfs and Pinocchio.

These are great resources to learn more about the history of the World of Disney, but one can also take a broader view, and learn about events which have greatly affected Disney, such as the 1964-1965 World’s Fair. Or read the Grimm’s Fairy Tales which has inspired so much. The point is, you can learn about the history of the World of Disney in many indirect ways. To learn more about Mary Poppins, perhaps read a biography of P.L. Travers. Want to learn more about the very early history of Walt Disney in California? Read books such as The Mirage Factory: Illusion, Imagination, and the Invention of Los Angeles by Gary Krist which tells you more about the California to which Walt and his early Animators arrived. When learning about history, you never know when Walt and the world he helped create will come up. And specifically in regards to the parks, you never know what you might learn about the development of Epcot, or what helped inspire your favorite attractions.

Try Making Some of the Food

With the internet and a world of increasing transparency, many of the beloved recipes of the Disney Parks are readily available. Attempting to make some of the iconic food of the parks and restaurants could be a great way to be transported back to these magical places. For purposes of subtlty, the iconic Mickey Waffle would probably not be the most prudent choice. But perhaps the Zebra Dome, available at Boma and The Mara at Animal Kingdom Lodge (my all-time favorite Disney dish) would be fun to make at home?  Or Bread Pudding from Ohana, maybe?

This could also be a small way to share your love of Disney with someone who does not have the same tastes. For myself, whose culinary skills are limited to scrambled eggs and baked potatoes in the microwave, many of the recipes, such as my beloved Zebra Dome are overly ambitious. However, others such as the Night Blossom, available in Animal Kingdom’s Pongu Pongu are much more attainable.

There is absolutely nothing wrong with a household or a life outside of the parks which involves a constant presence of Disney. Or constant monitoring of the latest cupcake or popcorn bucket. However, for many who love Walt Disney World or Disneyland, that is simply not to their taste. There is a variety of merchandise and experiences which can be done at home, which can transport you back to some of your beloved resorts, restaurants, and attractions.

What are some muted methods you choose to employ when at home, and need some Magic Kingdom (or similar) in your life?

*Magic Candle Company is a proud sponsor of the DIS.