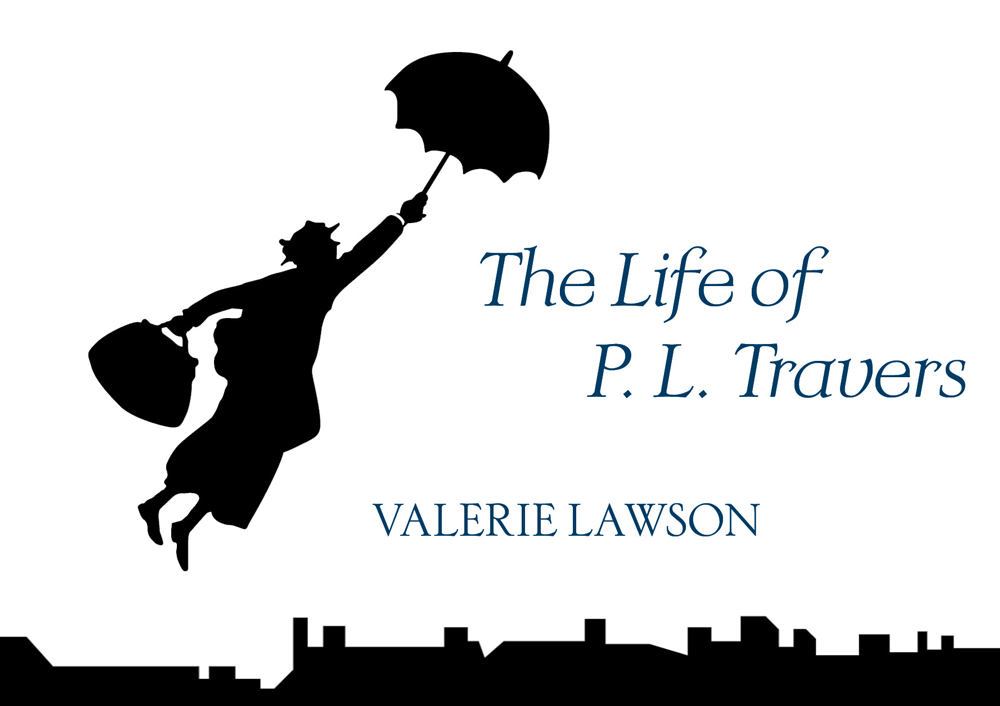 Mary Poppins, She Wrote: The Life of P.L. Travers by Valerie Lawson is not new, with an initial release of the book in 2005.  Ms. Lawson chose to embark on the unenviable task of chronicling the absolutely fascinating and complex life of the creator of Mary Poppins (never, ever just Mary).  The books containing the stories of Mary Poppins (eight in total, released from 1934 to 1988) have enthralled generations of readers, as has the Walt Disney theatrical release.  With the release of Mary Poppins Returns on December 25th, 2018, these stories — and the stories behind the creation of Mary Poppins — are more relevant than ever.

Of course, some of these stories were chronicled in the largely acclaimed 2013 full-length feature film Saving Mr. Banks.  For myself personally, the astringent, emotionally vulnerable portrayal of P.L. Travers (by Emma Thompson) pulled me out of a slide in my mid-twenties in which I was projecting myself toward a Disney-free adulthood.  Since the release of Saving Mr. Banks, Mary Poppins has seen a resurgence in popularity; with the release of the upcoming feature, understanding the personality and life the one who started it all has become increasingly important. While not a perfect accounting of the life of an incredibly complex figure, Valerie Lawson’s Mary Poppins, She Wrote: The Life of P.L. Travers is an absorbing journey into a life of an indefatigable intellectual and writer.

I’m going to get right to the point; this was one tough lady.  Born in the respectable city of Mayborough, Australia in 1899, Helen Lyndon Goff was born into a family of prominent standing in Australian commercial circles (on her mother’s side), and to an English immigrant father of Irish descent.  What could have been a secure, sheltered, upper-middle class upbringing was interrupted on a consistent basis by a variety of failed business ventures within the family, tricky inheritances, and her father’s alcoholism.  However, through her own stiff upper lip as a young child and with the assistance of wealthy relatives, Mrs. Travers was able to obtain a suitable education and embark on a career as a Shakespearean actress and writer of prose and poetry.

Feeling herself constrained, Mrs. Travers moved across the world to London at the age of 25 with the assistance of her affluent Aunt Ellie and several literary connections.  This was only the beginning of a lifetime of travel, a search for meaning in life, and a constant search for a mentor and guiding light.  Her travels included locations such as the Soviet Union, Japan, New York, and the American Southwest.  Some of these travels were partially for her work as a freelance writer (such as a 1932 trip to the Soviet Union); some contributed to her never-ending quest for enlightenment (such as summers spent with the Navajo in the 1940s).  Mrs. Travers consistently positioned herself at the crux of various intellectual movements of the 20th century, befriending those such as George Russell and George Gurdjieff.  This especially included being a consistent adherent and student of the views of the mystic, philosopher, and in some ways fraud, George Gurdjieff. These intellectual movements provided Mrs. Travers with a sense of belonging, social connection, and mentorship.  A lifelong fascination with mysticism, folk lore, and philosophy provided Ms. Travers with inspiration in her work and friendship throughout her life.

Much of this prior knowledge and willingness to question everything led to what is (thanks to Saving Mr. Banks) a now rather notorious showdown in the annals of Hollywood history.  This would of course be the confrontational relationship which Mrs. Travers identified as an “uneasy wedlock” between the stalwart author and the titan, Walt Disney.  It would have been quite easy for Ms. Lawson to sit on her laurels and compile a biography of which the constant focus was Mrs. Travers’ relatively brief time in Hollywood, which consisted of two weeks working as a consultant on the production of the film, and later on three days for the initial premiere.  For Mrs. Travers, this period of time appears to have been a relative footnote in her long life, with the exception of the large income it provided for its remainder.  For the details, I would recommend reading the book, and assure fans of Saving Mr. Banks wholeheartedly that one shall not find themselves in any way disappointed.

After the release of Mary Poppins to general acclaim and great financial success in 1964, Mrs. Travers continued to live her life at the brisk pace to which she was accustomed for the next 34 years, until her passing at the age of 96.  These included working in the new and ambiguous role as a writer in residence at several universities in the United States and publishing the last of the Mary Poppins books in 1988.

P.L Travers certainly was never guilty of sloth, and throughout her 96 years had an unquenchable thirst for knowledge and for meaning in the universe, serving as a mentor in her advanced age to younger adherents of the mystic and spiritual teacher George Gurdjieff.  Ms. Lawson undertook an admirable task in looking to write a biography of an incredibly complex figure whose life most often reflected the events, trends, and thinking which spanned the 21st century.

This book does an especially excellent job of providing an even accounting of Mrs. Travers’ life, not giving any period of time short shrift.  As has been mentioned, P.L. Travers was an incredibly complex and hard-working woman whose life spanned the 21st century.  She went by several names — and wrote under many aliases — for different reasons at different times.  Therefore, even tracking down all of her work can be a challenge.  Even for this review, I chose to stick with P.L Travers and Mrs. Travers, although other names may have been appropriate based on the time, place, and activity.

Ms. Lawson also does an excellent job providing a context for the many times and places in which P.L Travers existed.  For example, discussing the backdrop for Mrs. Travers’s 1932 tour of the Soviet Union, and what life was like in the south of England (where Mary Poppins was initially written) at the outbreak of World War II.

However, there are some areas which are lacking, or where additional detail would have been appreciated.  Mrs. Travers is quite often labeled as a “snob” throughout the book, especially as she gets later into her life.  And not to keep going back to Saving Mr. Banks, but viewers of that film should hardly be shocked by this label.  Nevertheless, it was seldom supported with concrete examples.  In fact, P.L. Travers most often seemed to treat most people equally.  This is especially pronounced during World War II, when Mrs. Travers and her adoptive son Camillus were quite friendly with the clerk and his son who lived downstairs from them; they also spent time talking with the London punks who would congregate near her abode in the 80s.  It appears most often Mrs. Travers lived by the now pervasive cliché that, “I was raised to treat the Janitor the same as the CEO.”  Except in her case this treatment would be appropriately characterized as caustic and ironic with stunning regularity.

A lost opportunity of learning in particular includes delving into Mrs. Travers’ often troubled and secretive private life.  P.L. Travers had a bevy of relationships with men and women throughout her life, the most prominent being a cohabitation with a Ms. Madge Burnand.  This period of about a decade included the couple taking residence in Pound Cottage, an idyllic location where the first of the Mary Poppins books were published.  This relationship, which some have described as intense and ambiguous, probably constituted one of the most emotionally-charged relationships of Mrs. Travers’ life.  The relationship with Ms. Burnand, as well as several other women, remain unclear in terms of what their precise nature was.  To talk about what life would have been like for a lesbian, or two women in an intimate relationship, in the early and mid- twentieth century may have helped shed some light on the social mores and consequences of same-sex attraction during these decades.  Especially as the views of LGBT (lesbian, gay, bisexual, and transgender) people have undergone a seismic shift since the publishing of the book in 2005; this would have been an excellent learning opportunity.

As Disney fans, we like to remind ourselves to never forget that it was all “started by a mouse,” and the lifetime work of Walt Disney, his brother Roy, along with countless animators.  But underneath this layer are many others such as P.L. Travers whose names are often forgotten today.  Without the legions of tireless writers such as P.L. Travers, Kenneth Grahame (The Wind in the Willows), and A.A. Milne (Winnie-the-Pooh), Mr. Disney and his team would have had a scant arsenal with which to work.  Let us not forget these tireless legions of writers, storytellers, and diverse people who in many ways are the basis for the magic we all experience today.