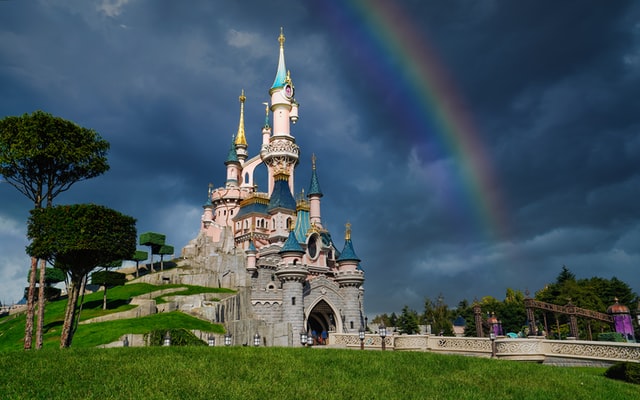 From those friendly smiles to helping hands during our stay, you are what brings the power of Disney to life, and many of you have contributed to our park memories over the years. Last week, when the news broke of staff reductions affecting 28,000 cast members in domestic theme parks, my heart completely sank for you.

I follow some of you on Instagram, others I’ve seen shared on Facebook, and watching your reactions was heartbreaking. But one thing that stood out was the people who had made Disney their life and career, displaying this humble understanding of Disney’s situation and consideration for the company. It triggered something in me that I can’t quite put into words. Admiration, awe; nothing seems to be the right fit for how inspiring some of these reactions were.

I’ve seen pleas from people we love like Katie Werling, asking us to reach out and support cast members, past and present, with anything from a donation to a kind word and a smile. Alongside others like Emily Lartigue, a cast member furloughed earlier in the year, who went on to create The Cast Member Pantry to help feed and care for fellow cast members. (Read Jackie’s interview with Emily here.)

Despite being a sad time, the kindness and support you show for each other really solidifies that notion of Disney being not just a job, but a family. It’s a commitment to a life spent celebrating and strengthening the bonds created by the imagination of Walt Disney himself.

I just wanted to take a moment to say thank you. Thank you for all of the smiles, the waves, the kindness, and the cheer. Thank you for your performances, your attentiveness, your time, and your care. Disney has been a big part of my life, and from six to (almost) thirty-six, that magic has never faded thanks to the people who make Disney what it is.

It isn’t just our time in the parks you make special; it is the time in between that is filled with excitement as we plan our next visit. Every year, we have enjoyed the planning videos from Disney, some showing interviews with real cast members that I have seen working in the parks. Before they were available online, I remember eagerly waiting for them to be delivered and then cuddling up in bed with my babies to show them what was in store. Those are the times that I can’t thank you enough for. Those behind-the-scenes moments in our own home wouldn’t have happened without everyone working on those projects, in front, and behind the cameras to make those special moments come to fruition.

Thank you for all of the work you have done and that extra effort that turns something as simple as handing out buttons into a memory that people cherish for a lifetime. For those of you who have been given the bad news, please know that nothing can change the effect you have had on people like me who fell in love with the parks, magic, and you.

From the other side of the world, it is hard to reach out to many that I care for. I can’t take them to lunch or give them a hug right now. But what I can do is make sure you know that you are loved, that your efforts have not gone by the wayside. The impact you’ve had on everyone in the parks is part of the Disney charm we hold so dear in our hearts.

If you are looking for ways to contribute and help the people that have added so much sparkle to our Disney days, have a look at Jackie’s article from Monday here.

Disney Cast Members, past, present and in-between, I am sending you all of my love. I hope beyond anything that this isn’t the end of your Disney road, but if it is, may you go on to find bigger and better things.