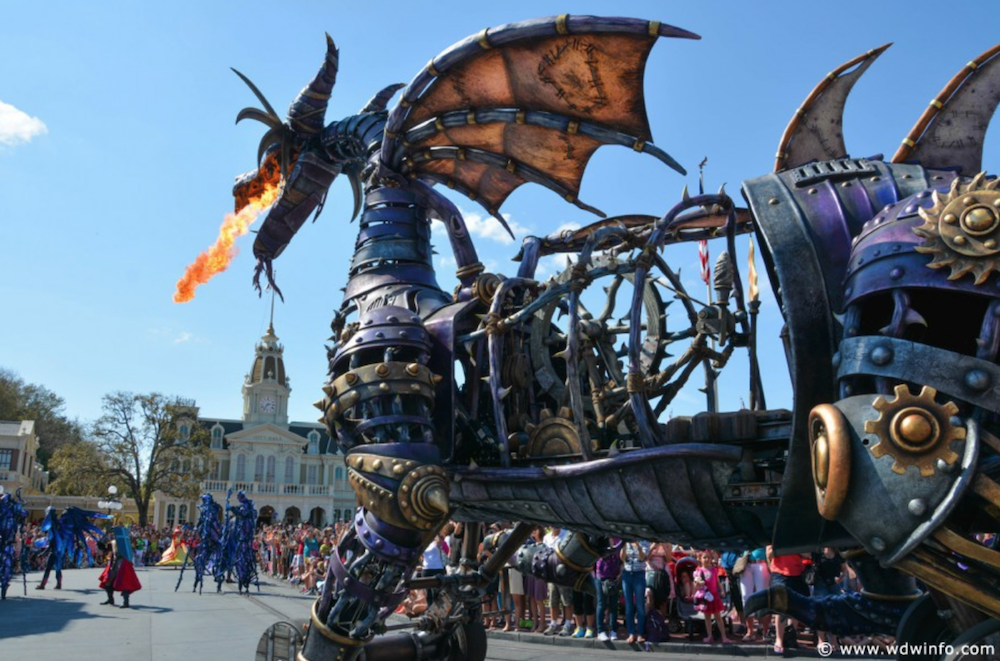 Any good Disney fan has seen their fair share of crazy behavior in the parks. Normally we would cover such things in my series, 5 People You Don’t Want To Be in Disney Parks, however, this time, I wanted to touch on something a little bit different. These aren’t those strange behaviors we see over and over; these are more the one-off moments of crazy that leave you dumbfounded and wondering how this person before you has escaped the clutches of natural selection.

Today, I thought we might share a giggle while I confess to you three times when I have fallen victim to my judgment-laden curiosity in the parks; it’s time to disclose three of the craziest moments I have experienced on Disney property.

Photo by Gades Photography on Unsplash

It was a quiet day in the second week of January a few years ago, the last days before the Christmas decorations would be taken down and the festivities replaced by a new year of celebrations. When I tell you it was a quiet day in Disneyland, let me explain by elaborating that it was the kind of day that all eight of us were able to walk up to the parade route in the top end of Main Street USA and score a seated, rock star, front row spot with only 15 minutes to spare.

We take a moment to settle the children into their strollers with a churro sprinkled in fresh cinnamon sugar and bribery. I finally get to sit silently on the curbside, happy to be enjoying the parade from a position that wasn’t going to require holding children up at an awkwardly unique Disney level. That mentioned ‘Disney level‘ is just high enough to see over people’s heads, but not having them on your shoulders to avoid blocking the view of those behind you. Basically, the most uncomfortable and unnatural way to hold a child. Ever.

I hang my head and take a breath. The kids were little, and a lot of hard work. Before knowing about their special needs, many of our trips had been somewhat trying, attempting to navigate between mood swings, defiance, and confusion. Even the shortest breaks were a welcomed moment to re-center. But that is when it happened.

My sight naturally gazed over the people sitting on the other side of the parade route. I subconsciously notice the audience full of Minnie ears, snacks, and matching attire that most people only joke about. But, in the midst of all these rather normal-appearing people was a curious sight.

There in front of the train station were two people, asleep.

This wasn’t a long blink or a moment of reflection that I caught at the wrong second. These two were asleep. The man was lying parallel along the curbside with a jacket propped purposefully under his head as a pillow, all tucked into a makeshift bed. His partner in slumber sat heaped over, head hung with a blanket draped over her shoulders, and an oversized Christmas Mickey hat that had fallen and was now covering her face. They had a camera poised to capture the action, positioned perfectly on a tripod while the two of them slept the early afternoon away.

The parade began, however a glance here and there ensured that the pair were still, in fact, very asleep until around halfway through the event, despite the noise and commotion around them. Next time I spotted them, they had popped up and were energetically part of the action.

Now, I have been known to fall asleep in a movie or two, but these people had clearly set themselves up for an afternoon nap, right there on the curb of Main Street. Is this complete insanity or a new level of Disney devotion that the rest of us can only dream of? I’m just going to leave that one with you to decide.

Photo by Cris Saur on Unsplash

There I was, nestled in the middle of a rather long line within Disneyland’s Emporium. The line had been moving at a painfully slow pace due to there being only two cast members working the cash register. It was clearly an unexpectedly busy time. All of a sudden, that 6-inches-forward shuffle that I had been used to every 3 minutes stopped completely. I began to pay more attention as I noticed other heads bopping up and down trying to see what the hold up was.

There stood a woman who was becoming increasingly frustrated. In the minute or so that I watched on, unable to look away, her frustration turned to all-out aggression. She made quite the scene, raising her voice. One can only assume that the words being projected at this poor cast member across the counter were not favorable.

Additional cast members arrived to help clear the crowd and serve the other customers and save any further disruption to the growing line. It was only when it was my turn to purchase my few commemorative trinkets that I could understand what all the kerfuffle was about.

Now by her side, I could see the woman in question was waving around international currency, contentiously attempting to pay for her items using it rather than US dollars. The mild-mannered cast member was clearly struggling to explain to the woman that she was unable to accept the currency; something that the lady in question seemed unwilling to accept.

The cast member was a young lady, one that was timid and potentially new to such an inflammatory personality willing to create a hostile situation. In favor of not contributing to the scene, I promptly left the store, but not before it filled me with a tremendous amount of sadness for the young person whose job it had been to cope with such absurdity.

Guests are not the only ones that can be caught in a moment or two of straight-up crazy. While most cast members provide guests with a magical experience, every now and again, you come across the exception to the rule.

This one time, at band camp, I mean…Walt Disney World, we were lined up for Peter Pan’s Flight, all four of us, two adults and two children. Crowds were reasonably low with only a 20 minute wait for this fan-favorite attraction. Seeing as this ride accommodates 2 – 3 people, we were clearly not going to be able to sit together. We split off into two pre-determined groups of two, ready to streamline the boarding experience.

On approach, the cast member loading the ride noticed that I was talking with both my child next to me and my other behind me, standing with my mother. When we arrived at the front, the cast member proceeded to instruct us that we must board three in one and one person in the other so other guests could board with us. I, very politely, explained that we didn’t want to be separated and exclude only one person. While mumbling eye-rolling remarks under her breath, she continued to load the first two of us onto the ride.

We prepared to be blissfully whisked off to Neverland, but there was no whisk. In fact, there was a distinct lack of whisk and bliss. I glance over to see what the hold up is and the cast member is desperately searching through the line to find two single riders, one to shove in next to my son and me, and the other in advance of my daughter and mother waiting for the next ride vehicle to arrive.

Despite the lack of takers, she continued to call for single riders. The look on my face must have resembled similar to that of my labrador when he can smell that bacon is cooking, but it has not made its way to his mouth. Thought-stopping confusion.

The ride began to hold up a queue of empty pirate ships waiting behind us as the cast member stubbornly tried to make a point. The usual 15 second boarding process had now extended to almost four times that amount of time, until she finally gave up and let our ride vehicle fly out over old London town, followed by a less than magical huff.

This one didn’t cause as much of a scene as the first time, however, the obnoxiousness was so intense that it has made it into my top three just the same. That scowl on her face as she vindictively searched for her non-existent single riders is never going to leave me.

The Peter Pan incident was around six years ago, with not a single memorably negative encounter to be had with a cast member since. I note this as I am not one to regularly make genuine complaints about things. (See, I even bolded the word for those of you that take my banter a little too seriously at times.) Sure, I might have a laugh and write a novelty piece or two here on The DIS every so often, but in reality, despite my sarcastic nature, I am relatively easy to please.

Now it is time to share the craziest things you have seen in the Disney parks. What jaw-dropping incidents that you’ve encountered will be seared into your memory for all eternity?