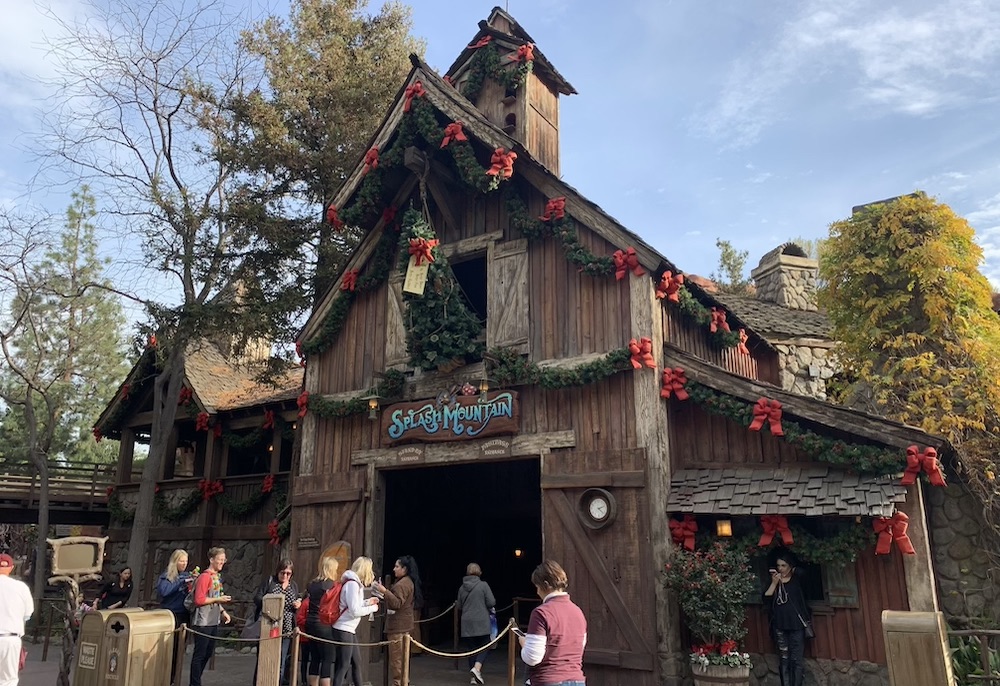 Many of us have had the moment when we hear about Disney setting their makeover sights on our favorite ride. Recently, Splash Mountain lovers like myself were welcomed into the Disney Disappointment club when news broke of the upcoming changes that will be made to the attraction in both Disneyland and Walt Disney World.

Your stomach drops, your eyebrows reach new heights, and the disbelief takes over as you curse the Disney Imagineers who concocted such a scandalous plan. Your wrath has all the makings of an introduction to a Disney villain before turning evil, about to destroy everything and everyone around them. How dare they mess with my favorite ride; the fury…

As time passes, you need to find ways to make peace with it; change is inevitable, and despite the obnoxiousness of not being personally consulted on the decision prior to its announcement, you are expected to live with it. It reminds me of one of the last times I went through this same rollercoaster of emotions and the unlikely outcome that followed.

It was the end of 2018, and my family had been lucky enough to enjoy Walt Disney World and Disneyland back to almost back. There are those rides that you look forward to, and those that you just enjoy as being old faithfuls. Kind of like an old pair of slippers: you don’t think about them much, but you appreciate them when they are there. Then there is an entirely different category of attraction which you don’t look forward to and feel almost indifferent toward. For me, this ride was Guardians of the Galaxy: Mission Breakout.

In my stubbornness, unwilling to accept change, this ride would always be the Tower of Terror. Back when I first heard the plan to restyle the attraction away from the black and white television series and into the Guardians of the Galaxy franchise, I was heartbroken. How could they? Something so fabulously unique to the Disney California Adventure park was being taken from us. I was pushed to desperation, and even did something I never do: I signed a pointless online petition to save Tower of Terror in all its glory. Our last trip to Disneyland was just before the ride’s re-opening under the GOTG umbrella, timing that I didn’t regret. I wasn’t ready to see the ride in full swing without the Twilight Zone touch I knew and loved.

Since then, my son had become quite taken with the movies, and I was slowly introduced to the characters. Even falling a little too in love with Groot and Rocket, the story has grown on me. Finally, on this trip, I was ready to take a chance and prepared to be disappointed. At least I would know what I was up against, right? I would have a direction for my rage and disgust. I’d be able to speak damningly about the change from the point of view of someone who had tried both versions, I thought. But there was only one problem: I loved it.

Tower of Never, I don’t care anymore. I just want to go on Mission Breakout over and over and over again. Maybe it was the combination of a beautiful December day, low crowd levels, and my glorious indoctrination to MaxPass that same morning; one way or another, the stars had aligned.

This ride was everything I had ever wanted and so much more. Even though I am sure the ride structure itself had not changed much (if at all), many other elements had improved. From the queue area right through to the ride itself, the theming is so detailed and persuasive. The incredibly iconic old-school music featured in the movies, and now in the attraction, probably has a lot to do with it. As our ride carriage first pushed back and the Jackson Five filled the speakers, you’d have to be a reasonably evil nugget not to crack a smile. The creepy element that had once scared the daylights out of my then-eight year old had been replaced by upbeat humor and a soundtrack to match. He was now saving the day, not swirling into Twilight oblivion.

We were up, we were down, we were singing and laughing, periodically screaming; it was a masterpiece of enjoyment. So much so that, as we filed out of the exit, I booked another MaxPass for ten minutes later, and after a quick high five with Groot, we did it all over again.

Filled with slightly less angst and contempt, I had similar feelings about California Screamin’ when it was transformed into the Incredicoaster. Even though I was a huge fan of the original attraction, there was no denying that the additional storyline and The Incredibles tie-ins enhanced the enjoyment of the newer version.

In fact, as I think of it, there has been only one instance where I felt that Disney had really got it wrong. Ready? Say it with me… Soarin‘. That was perhaps the only genuinely disappointing outcome that I have experienced when dealing with the Disney gods messing with my nostalgic love of older rides, and even then, there was nothing wrong with the concept, more the execution. I mean, the Eiffel Tower is crooked guys, come on!

So this week, when all of those feelings came rushing back, and yes, I have a lot of feelings, I had to remind myself of the process I went through with Tower of Terror and that my aversion to change wasn’t necessarily a gut feeling that the change wouldn’t be for the best. I did what any good nerd would do, and got stuck into some research on what to expect from Disney when it came to the re–theming of Splash Mountain into a Princess and the Frog attraction. I had known for some time that change was coming, but specifically what and how was what I wanted to know.

Firstly, I found comfort in the theme itself as the music from The Princess and the Frog is among my favorite from any Disney movie, so the idea of following Louis on an adventure through the Louisiana bayou didn’t feel like much of a stretch to me. Secondly, the notion of continuing on from the storyline of the movie rather than just recreating it leaves me with a feeling of excitement and anticipation as to where this might lead.

We already know that the narrative will be based around Tiana and Louis bringing together their friends from the movie for a Mardi Gras event, but how they will choose to transport you into their world throughout the ride platform is yet to be released. Granted, this transformation will seem much more at home on the outskirts of New Orleans Square in Disneyland than it will in the middle of Frontierland in the Magic Kingdom, however, I can’t help but feel that from what Disney has shown us to far, it is going to be okay.

I too loved the whimsical happy-go-lucky musical and animal characters that made Splash Mountain great, but, if there is one thing that my Tower of Terror experience has taught me, it is to have a little faith. Walt Disney built his dream based on an ever-evolving idea of change, not because the park had to, but because it could. And that very idea has been the drive behind many of Disney’s most innovative achievements to date.

You can read through more details about the concept on D23 here, and if you would like one more go around on the current version of Splash Mountain on either coast, talk to your Dreams Unlimited Travel agent today. Both parks are set to reopen with the current version, and details are not yet available regarding the logistics of the upgrade.

The moral of the story is… trust the Disney Imagineering process.