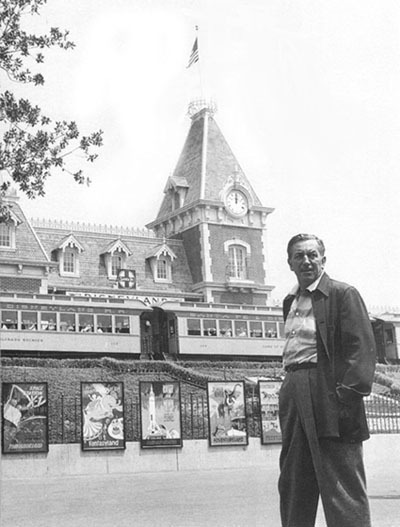 Editor's Note 7/17/20: We thought we'd re-share this great piece from a few years ago today – on Disneyland's 65th Anniversary!

No one loves a party more than Disney fans, so much so, that Disney celebrations have typically continued for 18 to 24 months! As we look forward to the 60th Anniversary of Disneyland, let's take a fun look back at how Disneyland has celebrated its past anniversaries.

1965 Disneyland welcomed its first decade with a year-long “Tencennial.” The celebration included parkwide decorations, a grand parade, and numerous special events throughout the year. To represent the park during the busy year, the role of Disneyland Ambassador to the World was created. Tour guide Julie Reihm was selected as the first “Miss Disneyland," and she spent the year traveling throughout the United States and the world as the official emissary of Disneyland park. 3D Jamboree debuted at the Fantasyland Theater starring Mouseketeers. The film was presented in 3D, a technology that would not be used again at Disney Parks until Magic Journeys was produced 25 years later. Also, after a sensational debut at the New York World's Fair in 1964, Great Moments with Mr. Lincoln found a permanent home in the Opera House on Main Street, U.S.A.

Mickey Mouse and his Pals celebrate Disneyland's 10th Birthday with a little cake.

1975 Disneyland celebrated its 20th anniversary and began a 15-month salute to the United States Bicentennial with the most elaborate parade in the park’s history, “America on Parade,” which featured 50 floats and 150 giant performers at least eight feet tall, in addition to an all-new red, white and blue fireworks spectacular “Fantasy in the Sky.” Disneyland welcomed back Christine Vess Watkins and Michael Schwartner, the park’s first visitors in 1955. Since man had already reached the moon in real life, Mission to Mars launched, which was an updated version of Flight to the Moon. Great Moments with Mr. Lincoln was now a featured part of The Walt Disney Story.

1980 Disneyland kicked off a year-long Silver Anniversary celebration with a pre-parade show at the Tournament of Roses on New Year’s Day in Pasadena. Several special parades and shows followed for the rest of the year, but it was the television special "Kraft Salutes Disneyland's 25th Anniversary" in March, featuring Michael Jackson, Danny Kaye, The Osmonds, Patrick Wayne, Ruth Buzzi, John Schneider, Annette Funicello, Wally Boag, Fess Parker, and many others, which brought national attention to the celebration. In April, the Family Reunion Night Celebration brought out several famous celebrities, including Michael Jackson, Fred MacMurray, Ernest Borgnine as well as the Carpenters, Ray Bradbury, and Elliot Gould. On July 17, the 25th anniversary of the park’s opening, Disneyland was open for 25 straight hours.

1985 Disneyland's 30th anniversary is still the most talked-about of all celebrations. A gigantic machine called the Gift Giver Extraordinaire gave out thousands of prizes to guests as they entered the gates, including brand-new GM cars to every 30,000th guest. Disneyland park stayed open for a full 24 hours to mark the actual anniversary on July 17. There was a special admission price of $30 for the entire 24 hours, with thousands of guests buying the special event tickets through Ticketmaster. Regular guests paid $16.50 for the regular operating hours. During the special late-night celebration, each guest received a meal ticket good for a Breakfast Brunch at multiple locations. In addition, the special event ticket holders received a limited edition lithograph poster of Mickey and Minnie in front of the castle by legendary artist Charles Boyer. A Disneyland press released stated: "This beautiful poster is a perfect keepsake of our historic occasion." Also, there was evening-long entertainment in the form of rock bands (Animotion, Sister Sledge, Papa Doo Run Run, Krash, Gazette) at different locations, and a special 4 a.m. Main Street Electrical Parade down Main Street. A new version of Great Moments with Mr. Lincoln premiered on Main Street, U.S.A., with an advanced Audio-Animatronics figure. Videopolis opened, providing teens and young adults a place to dance the night away to the latest popular tunes. And for the first time in the park’s history, Disneyland began operating 365 days a year; prior to this, the Park was closed Mondays and Tuesdays in the off-season. One amusement industry consultant interviewed by the Los Angeles Times called Disneyland's 30th Anniversary Celebration "the most successful promotion in the history of the theme park business."

1990 Disneyland celebrated its 35th anniversary with “Disneyland Big” and a new parade called "Party Gras" featuring a parade float towering 37 feet. The Dream Machine, located in Central Plaza, gave some lucky guests an opportunity to try their luck to win one of many prizes including Walt Disney Home Videos, a Mickey Mouse plush or a new car. Videopolis in Fantasyland transformed from a teen dance venue to an outdoor musical theatre for stage shows. One Man's Dream, a musical about the achievements of Walt Disney and Dick Tracy Starring in Diamond Double-Cross, played on the Videopolis stage in 1990.

1995 – Indiana Jones Adventure, the thrilling off-road journey through an ancient temple, opening for Disneyland's 40 Years of Adventure. On July 17, a time capsule was buried in the Sleeping Beauty Castle forecourt containing items that would not be revealed until the park’s 80th anniversary. The dance club Videopolis was transformed into Fantasyland Theatre, featuring the all-new stage show “The Spirit of Pocahontas.” The Disneyland Resort expanded to include the Disneyland Hotel’s next-door neighbor, the Pan Pacific Hotel, which was transformed into the Disneyland Pacific Hotel, later Disney’s Paradise Pier Hotel.

2000 The new "45 Years of Magic Parade" and a dazzling new fireworks spectacular "Believe…There’s Magic in the Stars" debuted for Disneyland's 45th anniversary. The only original Tomorrowland attraction left from park opening, Autopia, was reimagined. Combining the old Fantasyland and Tomorrowland attractions, young drivers now cruised along a modern highway through scenic forests and past lakes and ponds.

2005 A 50th-anniversary celebrity kick-off event for the Happiest Homecoming on Earth included Julie Andrews, Art Linkletter, Steve Martin and Tim Allen. Sleeping Beauty Castle underwent a glittering transformation, complete with crowns. Guests looked "neat and ready" wearing their golden Mouse Ears. “Remember…Dreams Come True” fireworks show made its debut. Attractions that opened originally with Disneyland were identified with a golden ride vehicle amongst each fleet. Hidden Mickeys got a makeover, as a special anniversary edition scavenger hunt challenged guests to find 50 golden ears! First Man on the Moon Neil Armstrong re-dedicated Space Mountain. Disneyland was honored with a star on the Hollywood Walk of Fame. Animation Academy and Turtle Talk with Crush premiered at Disney’s California Adventure park. For the first time, all 11 Disney theme parks around the world joined together for a global celebration.

2015 - The 60th Diamond Anniversary Celebration may be one of the biggest ever with both Sleeping Beauty Castle and the Carthay Circle Theatre at Disney California Adventure being "diamondized." Peter Pan's Flight and the Matterhorn Bobsleds are being reimagined with new scenes and effects, and the Hatbox Ghost is finally returning home to the Haunted Mansion. A new World of Color celebrating Walt Disney, the "Paint the Night" nighttime parade, and the "Disneyland Forever" fireworks spectacular with pyrotechnics and immersive projections throughout the park will debut for the 24-hour kick-off celebration on May 22.

Mickey and the Gang are waiting for you at Disneyland!

Be a part of Walt Disney's dream come true. Come to Disneyland and celebrate 60 years of magic and remember what it was like to have that youthful exuberance of discovery and joy. Visit Walt Disney's original Magic Kingdom this year and become part of the magic.