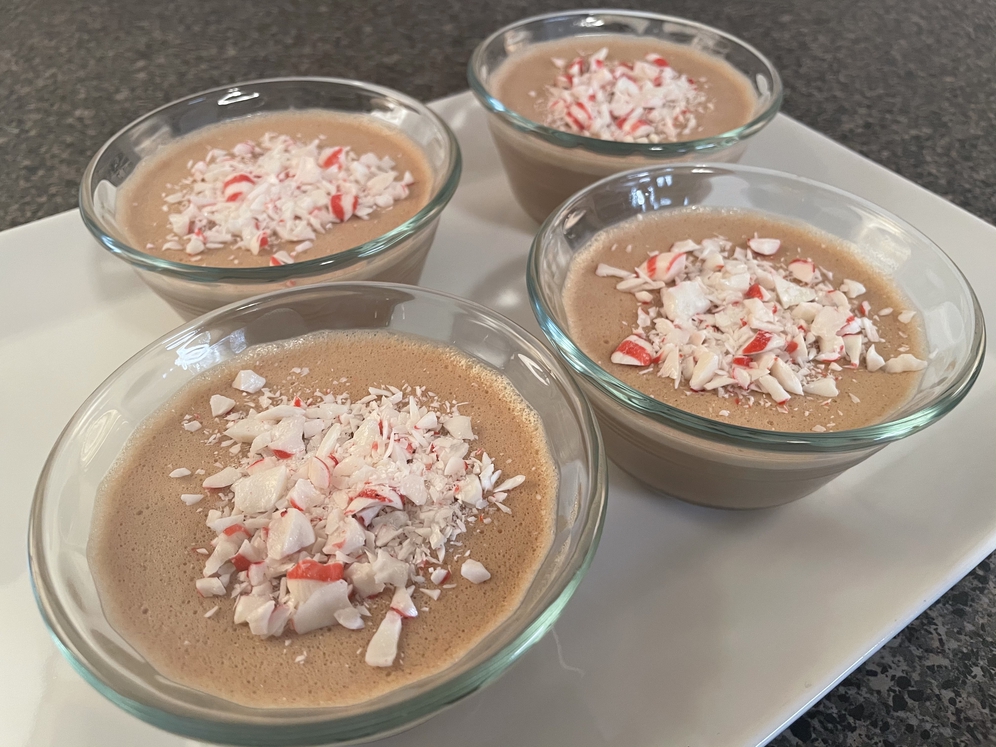 Friends, sometimes Disney snack recipes – like any recipe, really – can be a “ya win some, ya lose some” proposition. I originally had a different recipe scheduled for today’s snack. It had great promise, and a lovely photo accompanied said recipe, and I’ve had the snack in one of Walt Disney World’s most charming restaurants, so what could go wrong? Well, the recipe is a dud. There’s just no other way to slice it or dice it. Something was lost in translation as the in-restaurant recipe was transformed into an at-home version.

Oh, I had great hope throughout the entire process. And, when I got the first round of disappointing results, after a few choice expletives on my part and a run to the store offered by my saintly husband for the extra ingredients I now required, I constructed the recipe again.

This is where we collectively picture the part in Hamilton at the beginning of Satisfied where Angelica Schuyler recalls first meeting Alexander. Everything begins to spin counter-clockwise, and the scene resets: “Rewind…rewind…I remember that night. I just might regret that night for the rest of my days…” Yep, the second go-round at making the recipe WHO SHALL NOT BE NAMED ended at 11pm that night in the same way that the first attempt did: in disappointment. And in the trash can. I had had such high, chocolate-filled hopes. Gah.

Today’s Saturday Snacks recipe, which was originally supposed to be next Saturday’s, got called up from the bullpen just in time to save the day. We’ll be making Disney California Adventure‘s Candy Cane Pots de Crème, and wishing all those returning to DCA for shopping and dining later this week well. I’m so excited that Buena Vista Street will again be filled with people (physically-distanced people, of course).

During normal years (and we can all agree that 2020 is anything but normal), Disney California Adventure hosts Disney Festival of Holidays, which features food booths à la the EPCOT festivals. The Candy Cane Pots de Crème were offered in 2018 at the Winter Sliderland marketplace, and it only seems appropriate that we usher just a bit of DCA into our own kitchens this weekend. It all works out in the end, doesn’t it?

The ingredients required for the pots de crème are simple and few, with a packet of unflavored gelatin and peppermint extract being the most exotic. Thankfully, I had both on-hand from previous recipes. And, once you have peppermint extract in the cabinet, you’re on your way to homemade peppermint bark, so there’s that. It’s a win-win. Yummmm.

Our first step is to measure out 1 teaspoon of the gelatin powder and place it, and one tablespoon of cold water, into a small bowl.

Stir the two to completely dissolve the gelatin, and set it aside. The gelatin will become a solid, and that’s perfect.

Pour two cups of heavy whipping cream into a saucepan, and heat the cream over medium heat. Pay close attention to the cream as it’s heating; you don’t want it to boil. I got to doing the next step, had my back to the stove, and the cream went from steaming to full, rolling boil in no time. And I went back to the store for more cream in order to try it again. Sigh.

When I saw steam starting to rise off of the surface of the cream, I pulled that baby off of the heat. You can keep it on the heat if you want to, just make sure it doesn’t boil.

Add in the solidified gelatin, and stir everything to get the gelatin completely dissolved into the cream.

In the bowl of a stand mixer (or a separate bowl along with a hand mixer), beat 5 egg yolks and 1/4 cup of granulated sugar.

Keep beating the eggs and sugar until they take on a lighter color.

Once the eggs and sugar turn pale, slowly whisk in half of a cup of the hot cream.

Once that’s combined, whisk the egg mixture into the cream in the saucepan. Turn the heat to low, and keep whisking as the mixture thickens.

The cream is done when it coats the back of a spoon, which for me took about 4 minutes.

Toss 3/4 of a cup of chopped milk chocolate or milk chocolate chips into a separate bowl. I found out last week that my Target has begun carrying Guittard baking chocolate chips, and this news caused quite the happy dance. We Saturday Snackers have made it though another week. I’d say that we deserve some good chocolate, and Guittard is the creamy, dreamy milk chocolate you hope it would be. That being said, if you have our beloved Toll House chips on hand, use ’em. They’ll be just right.

Pour the hot cream mixture into the bowl with the chocolate and let the whole thing sit for a minute or two.

After letting it sit, take whisk (a spoon ended up not really cutting it for me), and combine the chocolate and the cream. The recipe says that you can also carefully blend it using a blender (exactly what does that mean?) or use an immersion blender. I stuck with the whisk.

Once everything is fully combined, stir in 1 teaspoon of peppermint extract.

The next step is to run the mixture through a sieve in order to sift out any solids.

I ran my strainer through the mixture, and lo and behold, found a few solids when everything was said and done.

For chilling and serving the pots de crème, I grabbed my faithful Pyrex ramekins out of the cabinet. You can fill them as full as you’d like, and, although the recipe said that you’ll get 6 to 8 cups, I filled mine to the point where I only had five. And that was a-okay with me.

Carefully fill your cups and place them in the fridge for 4 hours.

When the 4 hours is up, you get to decide what the toppings for your pots de crème should be. DCA’s version had crushed candy canes and whipped cream on them, so that’s what I opted for. The in-park versions also had a piece of peppermint bark on them, but I’ll have to get that ready and do that next time.

I had a bunch of peppermint candies left over from the Chocolate Peppermint Cookies, so I unwrapped a few, tossed them into a quart-sized freezer bag, and took out some of my pent-up initial-recipe-gone-wrong frustrations by crushing them up with the end of a butter knife. Whew.

While we’ve made homemade whipped cream in the past, I felt I’d done enough by this point, and opted for the canned variety. You do you.

After four hours the most glorious little custard treats emerged to make the former snack mishap fade into the distance.

The pots de crème, as you might imagine from using two cups of heavy whipping cream (liquid magic), are creamy, cool, and, thanks to the peppermint extract, taste like Christmas.

While my first pot de crème featured whipped cream, I stuck with the crushed peppermints for the rest. Chocolate and peppermint is a combination that just can’t lose; it hits it out of the park every time.

This snack is one that’ll leave you satisfied (looking at you, Angelica), and not feeling overly stuffed. It’s light and, well, perfect. Really.

The longer you let the pots de crème hang out in the fridge, the better. The peppermint extract will meld with the cream and the milk chocolate to create this fantastic blend of holiday (or any day) goodness. And I won’t judge you if you decided to eat one for breakfast the next day; in fact, I’d highly recommend it. I speak from personal experience.

If you decide to give DCA’s Candy Cane Pots de Crème a try, please let me know. And if you’re a Disneyland local who’ll be stepping foot back into Disney California Adventure this week for the first time since the closure, virtual hugs to you. Savor every moment. We’re wishing you all of the good things.

Whatever you’re up to this weekend, make it a great one. And be sure to eat something yummy.

Ready to try the light and airy, creamy and pepperminty treat for yourself? The recipe is below.