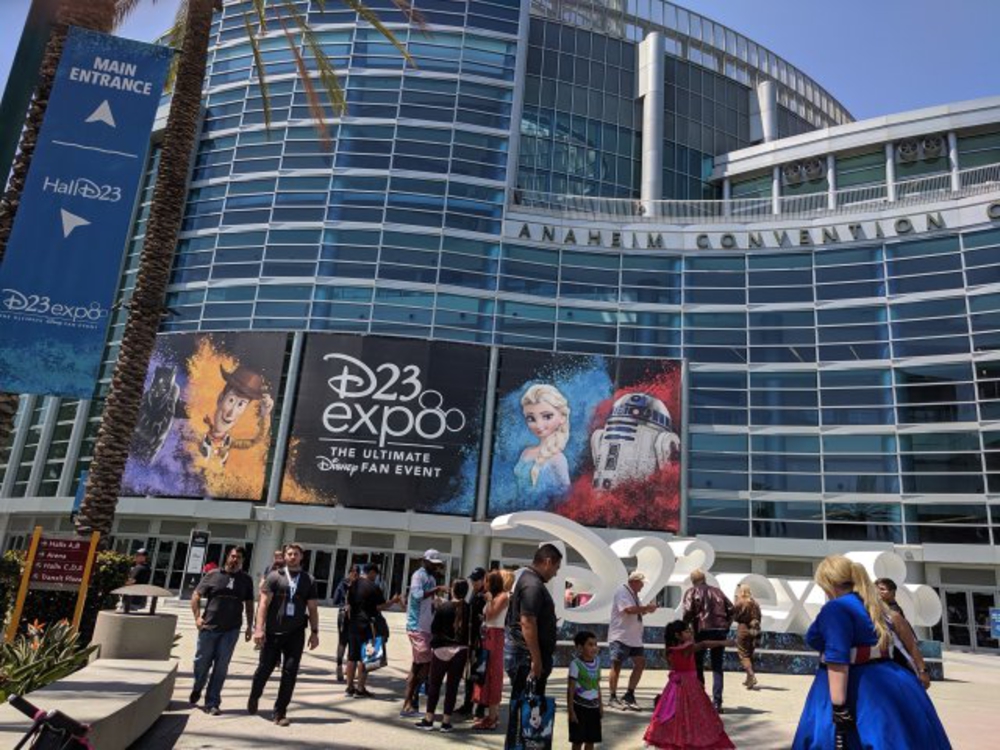 Now that the 2019 D23 Expo has wrapped, one big question remains: should you attend the next D23 Expo? 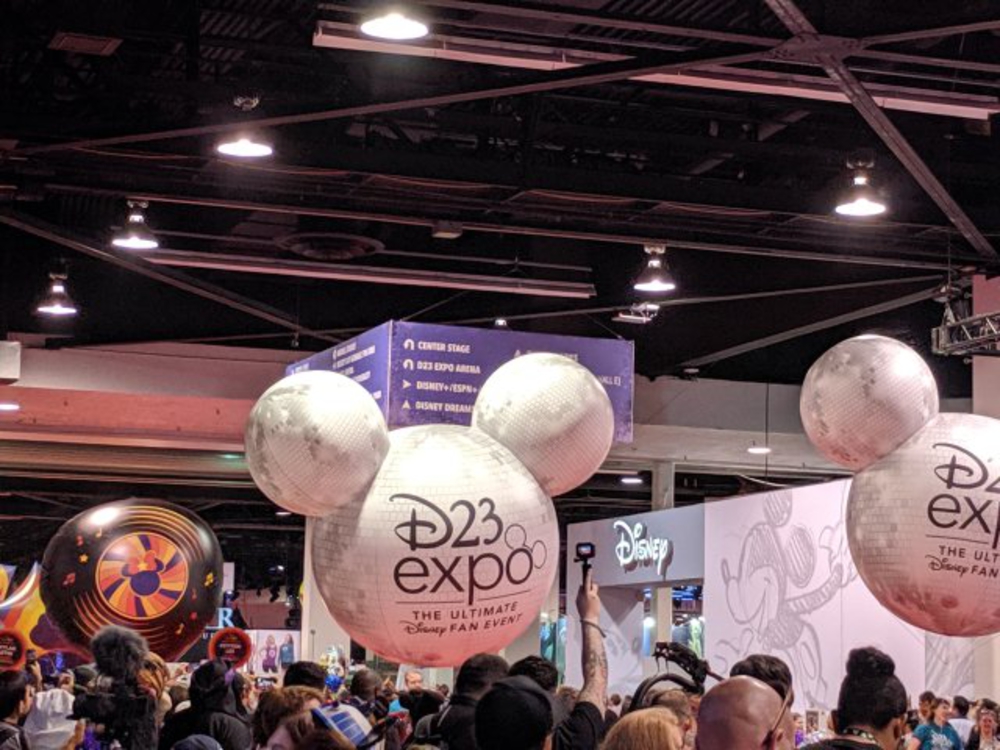 The Expo organizers decided to really crack down on prohibited items this year, but it seemed to depend upon who your security guard was. Some security guards let chairs in, some let food in, and some let blow up mattresses in. Others didn’t let any of those items in. Because of this, attempting to bring in chairs this time was kind of a risk. It would be nice if all the security could be consistent with prohibited items.

D23 decided to do something new this year. About a week before the Expo, guests could log onto a website and make reservations. Each guest could make 2 panel reservations per day, 3 talent pass reservations per day, and 1 store pass reservation per day. Demand far outstripped availability, thus creating a problem. When the reservation system opened, people were allowed into the system in a random order. Obviously, the ones who got in first were able to grab up everything that they wanted. Some people got stage passes for every big panel. If your random order came later, you were left with nothing.

The passes allowed attenders to basically have a guaranteed spot as long as they showed up on time. By my calculations (counting the pre-taped queue lines), it appeared that half of the panel capacity was set aside for stage passes. So, the lucky ones who got a stage pass for the most popular panel, Walt Disney Studios, were able to show up an hour before the panel started and were guaranteed a seat. The people who were not lucky enough to get a pass spent the night in line to guarantee their spot.

The talent signings claimed that there was standby availability, but this only happened if there was time after all the talent pass holders had come through. Oftentimes, there was not, and the entire standby line would be sent away.

As one could imagine, this caused quite a lot of controversy between the haves and the have nots.

Will the next Expo employ the same advance reservation system? It’s impossible to tell. The system was not even announced before tickets went on sale for 2019. They could use the same system, they could try to modify it into something more fair, or they could scrap it altogether. Keep in mind that they most likely will not announce what they will do until a short time before the next Expo.

I think the organization of the 2019 D23 Expo was much improved over the 2017 D23 Expo. There were more actual Disney cast members instead of volunteers. There were a few panels that had issues, though. The Haunted Mansion 50th Anniversary panel was a good example. The Expo staff did not want people lining up before the panel preceding it had let out. This caused a lot of people to just hover in the area. Once the line opened, there was just a mad, dangerous rush.

No matter how organized the expos become, it seems that there will always be snafus and some sort of chaos. 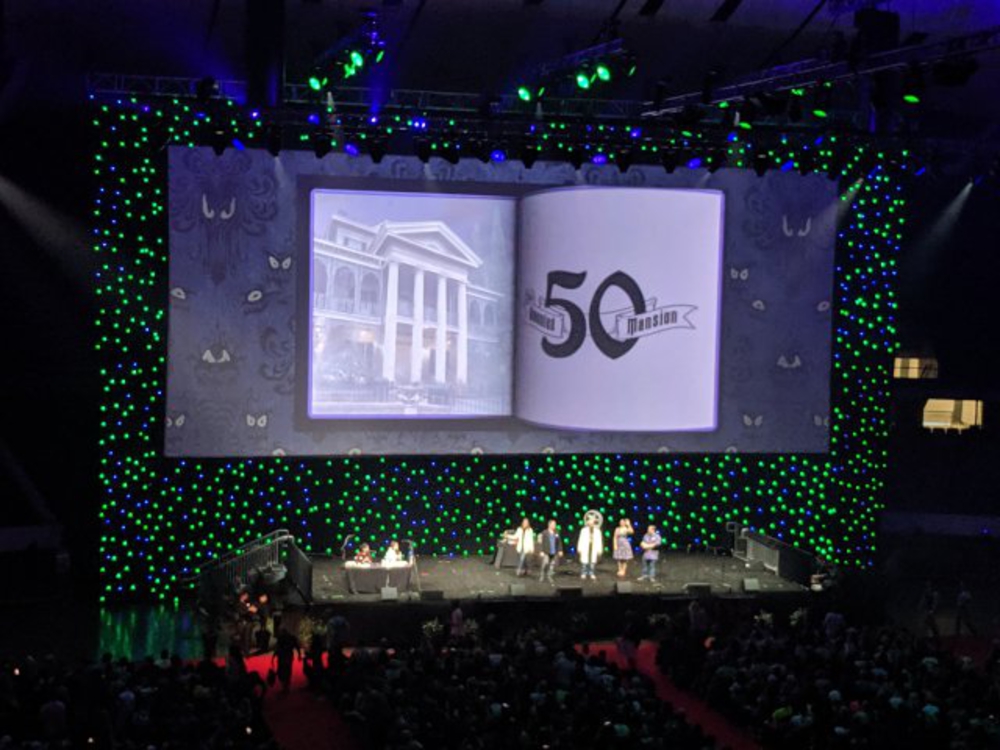 Lines seem to be the one constant at the Expo. 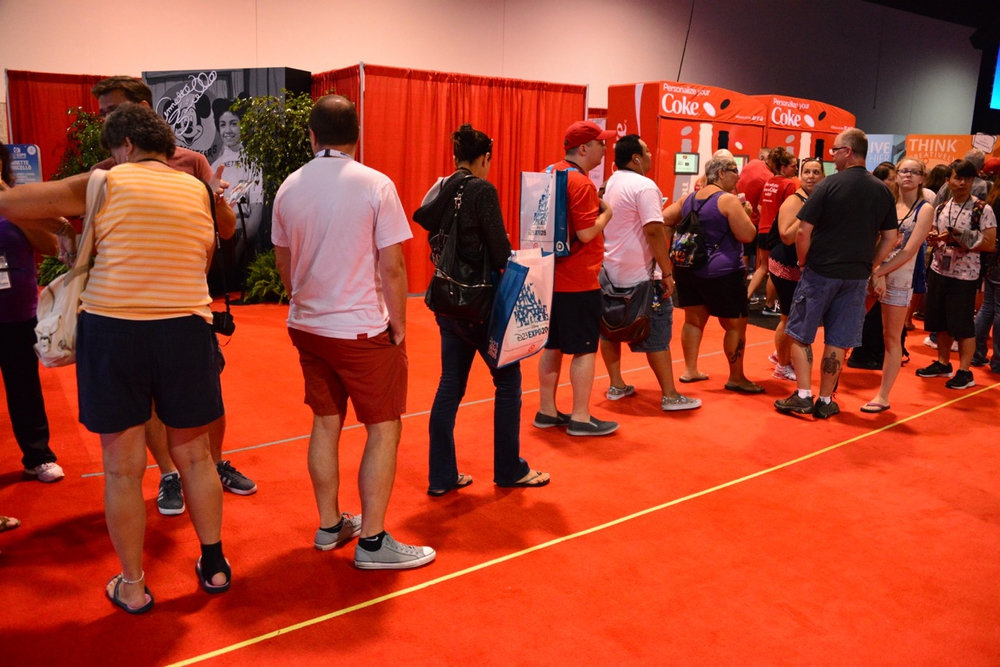 If you’re not ready to give up a few hours each day waiting in line for panels, shops, or autograph signings, the Expo might not be for you.

In 2017, guests might have expected to wait up to an hour or more in the hot sun outside while waiting to get inside of the Anaheim Convention Center. This year, that process was much improved. They pushed the security lines back out farther. This allowed security to let many more people within the confines of security so that terrible lines never built up.

Going hand in hand with the improved security mentioned above, food trucks were allowed inside the security barrier for the 2019 D23 Expo. This helped the food situation immensely. The Expo still had a food court on the inside of the convention center, but there were now also approximately 20 food trucks available within the security checkpoint. Personally, I had lunch each day at a different food truck, and I thought that they were all reasonably priced and delicious.

The vendor booths are always a highlight of the Expo. The booths have all sorts of Disney treasures imaginable. This year’s highlights included two vintage tiki birds from the Enchanted Tiki Room on display at a booth, Paige O’Hara (the voice of Belle) signing her own artwork, and a countless amount of Disney merchandise pieces for sale including funkos, pins, and artwork.

Panels are some of the best parts about the Expo. This year’s panels ranged from the always exciting Walt Disney Studios panel which discussed and announced new live action and animated favorites, to the Hidden Gems of the Walt Disney Animation Research Library panel. Whether your passion is Disney animation, Marvel, Pixar, Star Wars, The Simpsons, or even National Geographic, there was plenty to fill your time. 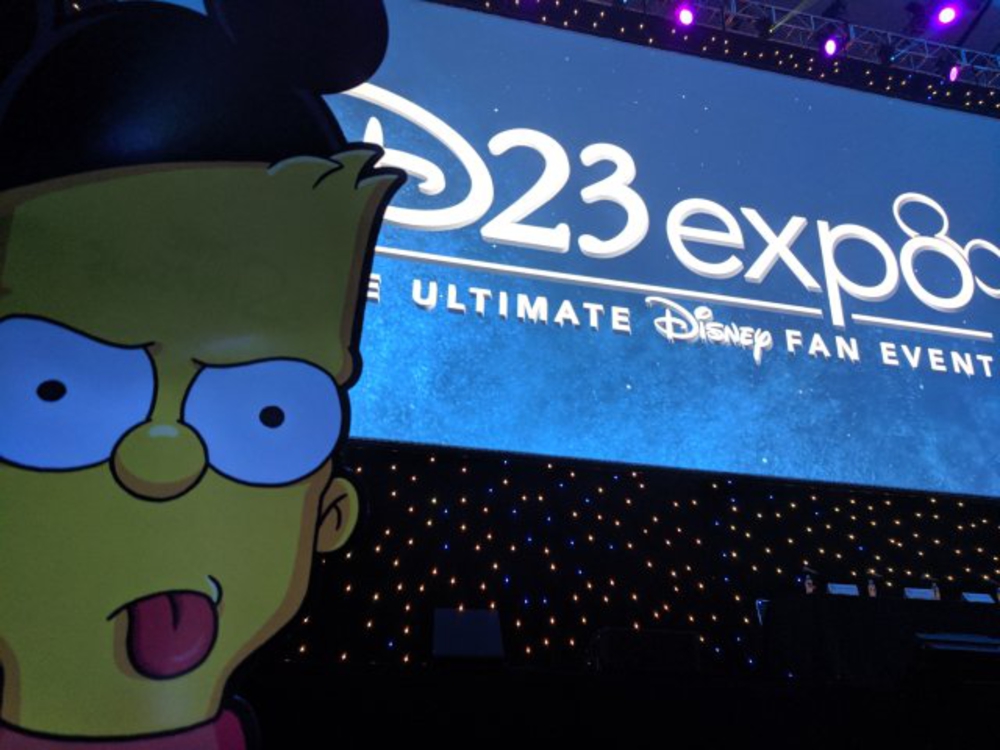 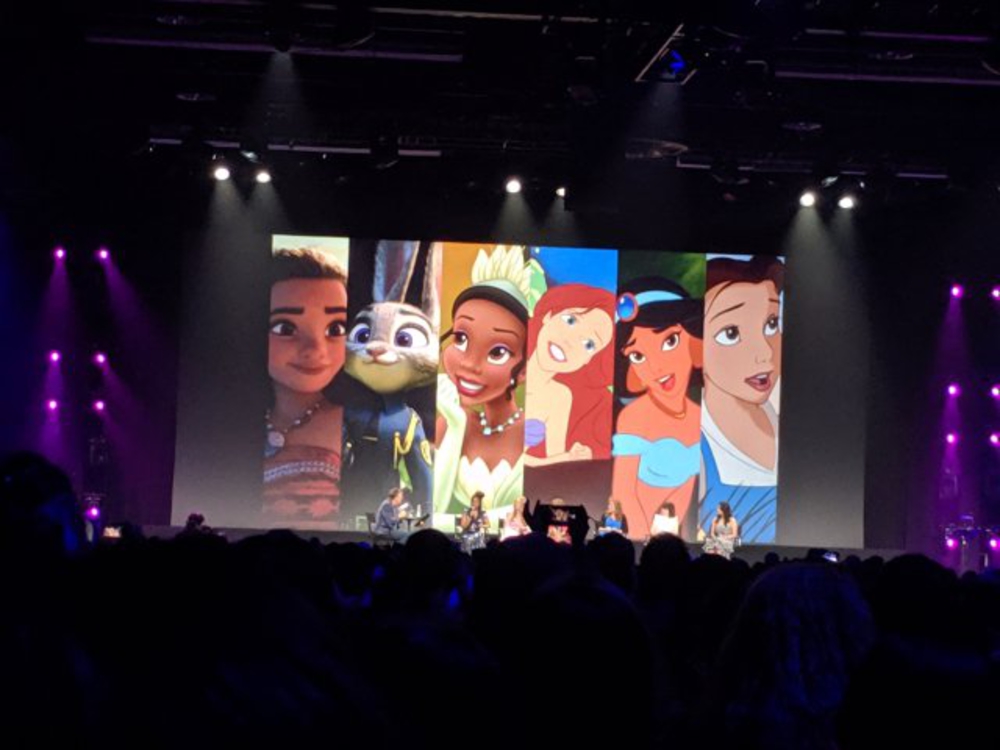 At this panel, the audience was able to hear the voice talents of Mickey, Goofy, Donald, Pete/Winnie the Pooh/Tigger, and many others. We got to hear “Remember Me” sung by Anthony Gonzalez (the voice of Miguel) and his younger brother. We were also treated to “How Far I’ll Go” sung by Auli’i Cravalho (the voice of Moana), and a very interesting discussion featuring the voices of Belle, Jasmine, Judy Hopps, Tiana, and Ariel.

There’s nothing quite like the excitement that’s found at the D23 Expo, whether it’s spotting an excellent cosplay, watching a brand new movie trailer, or being among the first to hear about a new Disney princess movie. 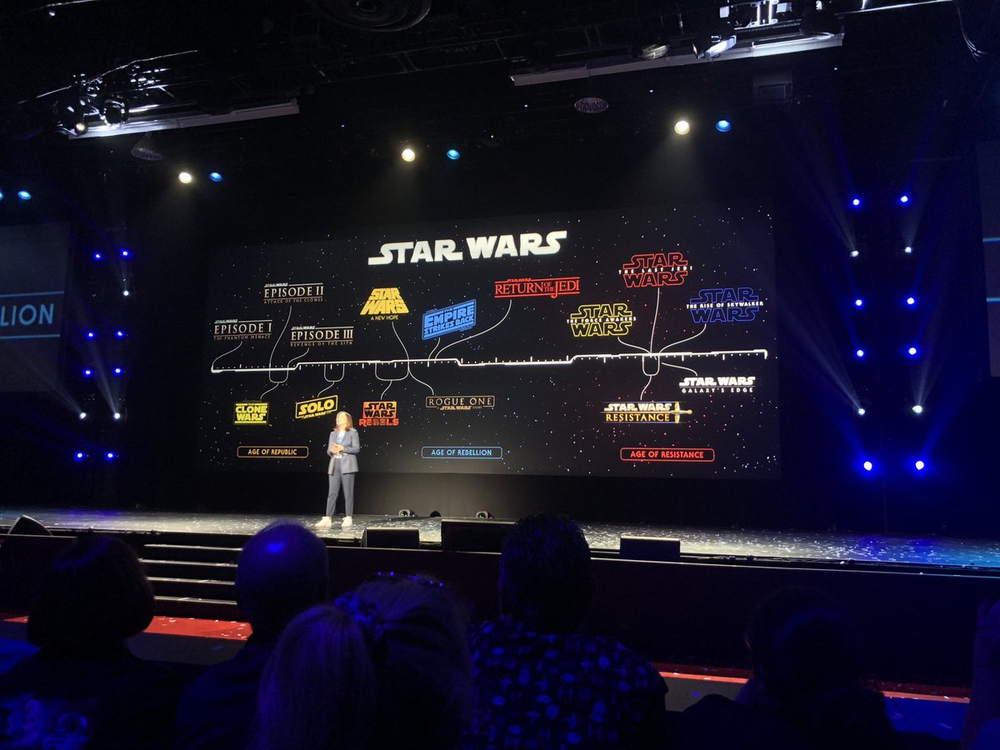 Fans from all over the world gather at the Expo for just one reason: a shared love of Disney. Everyone has their own story and their own favorites and it’s amazing to talk to people and discover their love for the same things that you also love. 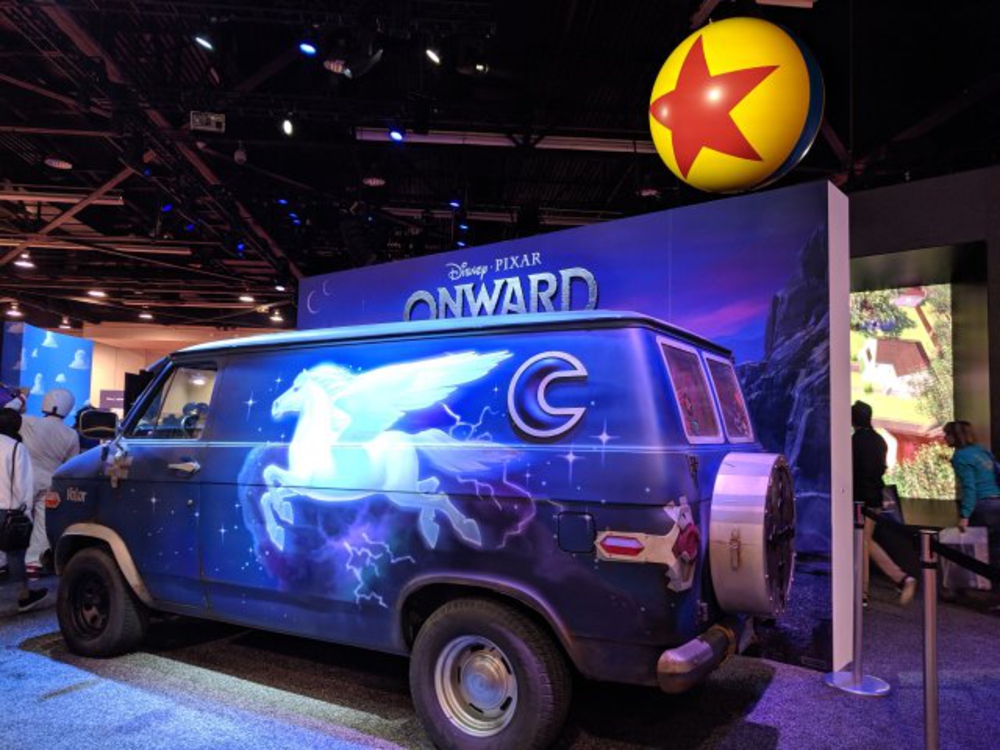 Some people attend the Expo only to show off their amazing costumes that they spent countless hours making. The creativity of Disney fans is endless. One of the better parts of the Expo is discovering all of the amazing cosplays. 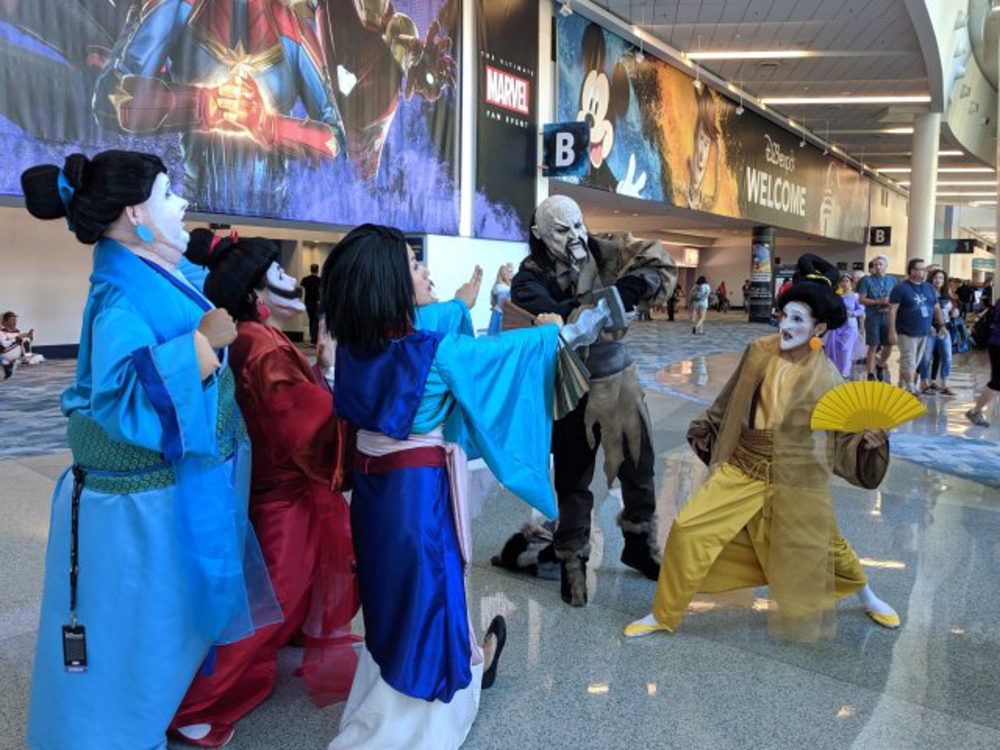 Of course, the Expo is so much more than the few pieces I chose to discuss. What do you think? Did you attend the 2019 D23 Expo? Do you plan on going again? What were your pros and cons?