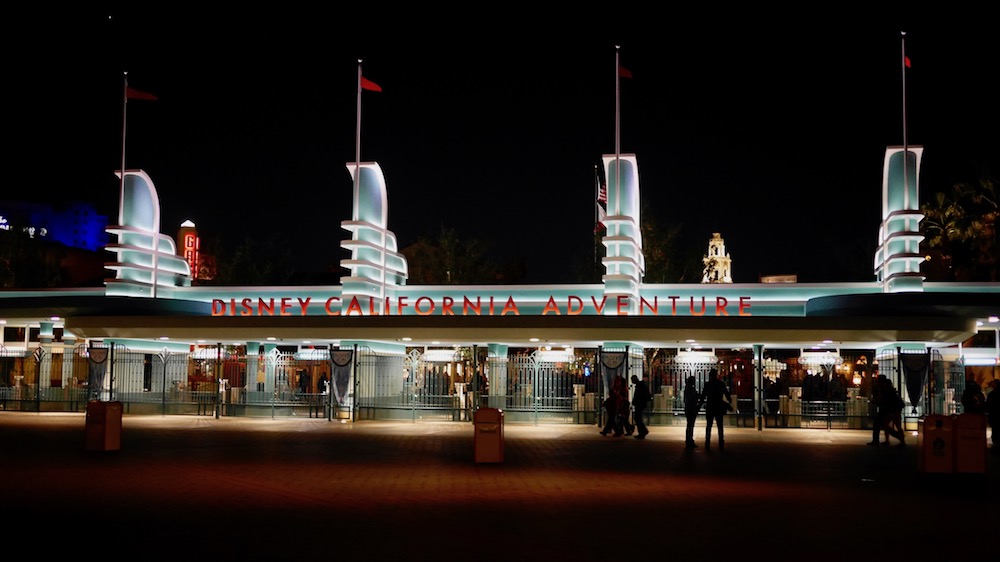 We all know that when you visit Disney Parks, there can be a long wait between the initial planning of your vacation and when the fun begins. A few old-fashioned movie nights can help pass the time and get everyone excited for your travel plans. If you are not familiar with the different movies you can watch that will match up with the stories you will see in the parks, this is the series for you.

In Part One we covered the stories of Disneyland Park in California. Today we are focusing on the different movies and characters that you will encounter when visiting Disney California Adventure. Don’t forget, always check ratings and advice on age appropriateness before jumping in.

In the old days, if someone mentioned a talking car what came to mind was “the Hoff” and his spectacular hair-do. All that changed when the original Cars movie took the world by storm in 2006. Introducing characters in a way we had never seen before, PIXAR transformed our expectations of how we relate to those on screen by anthropomorphizing, well, cars. They presented us with a relatable character lineup that won the hearts of children and parents all over the world. So much so, that the success inspired another two movies to help cement the Cars legacy in Pixar history. Rev your engines, it is time to visit Cars Land, where references to the movies can be found everywhere you look. Restaurants, merchandise stores, character meet & greets as well as the attractions themselves make this 2012 expansion an incredible addition to the park’s already strong Pixar presence. Groot & Rocket. I shouldn’t have to say anymore, although I will for the beginners and cheap seats in the back. If you have seen the Guardians of the Galaxy movies, then you know that despite having a less-than-convincing or enthralling story line, the film has some great characters and hilarious one-liners. This re-vamp on Tower Of Terror doesn’t need the movie background to be fun, but if you want to enjoy the queuing area and the additional details throughout the attraction, it’s definitely more fun. The emotionally charged film Up flew into cinemas in 2009 tugging at the heartstrings of all who watched it within the first ten minutes. The Disneyland California Adventure attraction is more in-tune with the adventurous story line of Russell, as you join Wilderness Explorers Camp. Though anyone can enjoy this area of the park, some of the smaller intricacies and details can be more fun when knowing the background to the journey. Inside Out gave children a way to connect with their emotions and better understand how all of their feelings are important to recognize. The movie takes families on a whimsical journey of five main characters/emotions. Watching this one ahead of time will make it much easier for kids to identify with the story line in this area of the park. Ariel spent a lot of time dreaming of our world; it is about time we had the opportunity to be a part of hers. Join all the undersea theatrics of Ariel’s energetic ocean friends along with the soundtrack of all your favorite hits from this 1989 classic. Especially for younger ones, being able to recognize the correlation between the movie characters and the experience brings so much more enjoyment. With a usually short wait time, don’t be surprised if your little ones drag you on this ride again and again. Just don’t start nodding off in the air conditioning and privacy of your own clam shell. It is easier to do than you think. Hot off the superhero press, Incredibles 2 has swooped into theaters this past June — 14 years after it’s original installment. With it comes the well-timed debut of the new California Screamin’ overhaul, the Incredicoaster! The super-family is also featured in different areas around the park including meet & greets and the Pixar Play Parade. Monster’s Inc. continued the Pixar tradition of casting some of the most well-known voices in Hollywood, so it is no wonder that every time I hear John Goodman’s voice my mind is immediately transported back to the fluffy blueness of Sully. Billy Crystal takes the role of Mike, and together the two of them turn whatever preconceived notions you had formed about monsters under the bed, upside down. The ride attraction is based on the story from the original movie, so give it a try one night with the whole family. It is rare that a film franchise aimed at children can remain relevant and be engaging for such a diverse age bracket. Children of the 80’s remember the original Toy Story that debuted in cinemas in 1995. 90s kids joined the club with Toy Story 2 in 1999. Children of the 2000s caught the Toy Story bug with the arrival of the 3rd installment in 2010. And don’t worry children born in the last eight years, your time is soon coming with Toy Story 4, due out in 2019. Our collective love of an old-school cowboy and an overzealous space ranger only grows stronger with every film. Don’t miss this movie series if you are headed to California Adventure or if you have no plans of going anywhere at all. Toy Story should be seen and loved by all. That’s a wrap for our stories of California Adventure run down. There are many more to be had around the park, so let us know some of your additional titles to check out in the comments below. Up next, we switch coasts and look at the stories of Walt Disney World’s Animal Kingdom.