Will the Walt Disney World Opening of Star Wars: Galaxy’s Edge be as Epic as Disneyland? 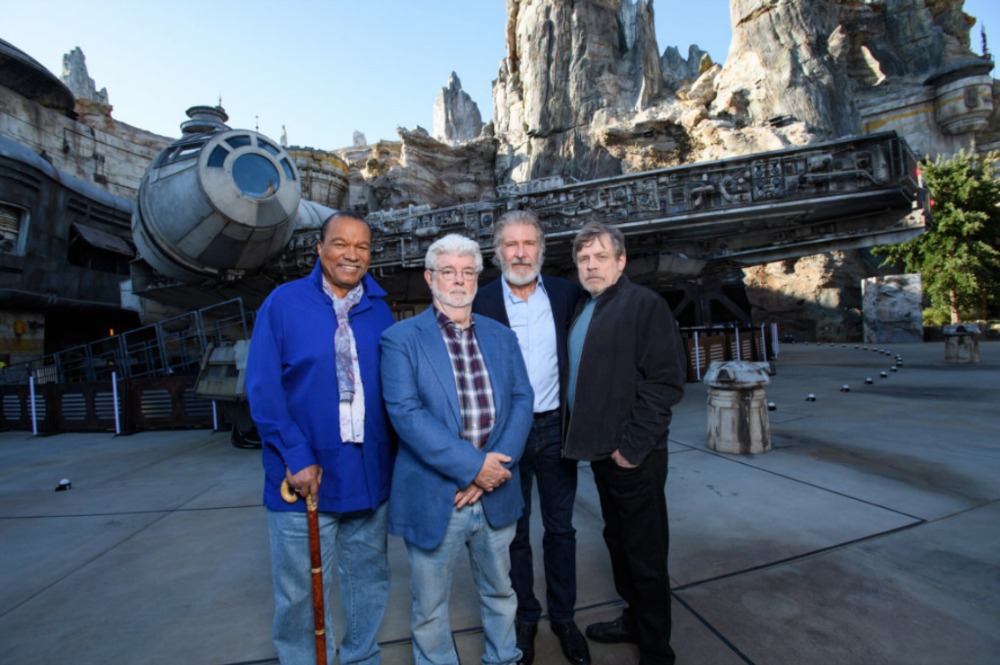 I remember seeing the first couple of Star Wars films as a young kid but they weren’t something I watched over and over growing up. Sci-fi films weren’t really my thing; I was more of a Peter Pan kind of girl – I know, shocker.

Fast forward a few (we won’t say how many) years to the Walt Disney Company’s announcement of Star Wars: Galaxy’s Edge coming to both Disneyland and Walt Disney World and you could say that I was fairly intrigued.

As most of you know, the grand opening celebration of Disneyland’s Star Wars: Galaxy’s Edge took place Wednesday night and it was, in my opinion, nothing shy of epic. I was completely glued to the livestream as Bob Iger spoke of the hard work that went into bringing the locations seen in the films to life.

Of course, George Lucas was at the event and I really loved seeing the excitement in his eyes as he spoke. He cracked me up when he told Iger that Disney “did a good job” and that “it could have gone very bad.”

When Billy Dee Williams who played Lando Calrissian took the stage, he had me smiling from ear to ear with his genuine happiness as he thanked George Lucas for hiring him and making Star Wars such a special part of his life. He went on to gush about being the original owner of the Millennium Falcon as he did a little shimmy on stage – so cute!

Next up was Luke Skywalker himself, Mark Hammill, who took the stage and mentioned how the last time he was in a Disney theme park with George Lucas was when the Star Tours attraction opened. He described it as “inconceivable” to have been in a movie that was getting its own attraction. My very favorite was when he thanked Walt Disney and George Lucas for “teaching the world a new way to dream.” Swoon! 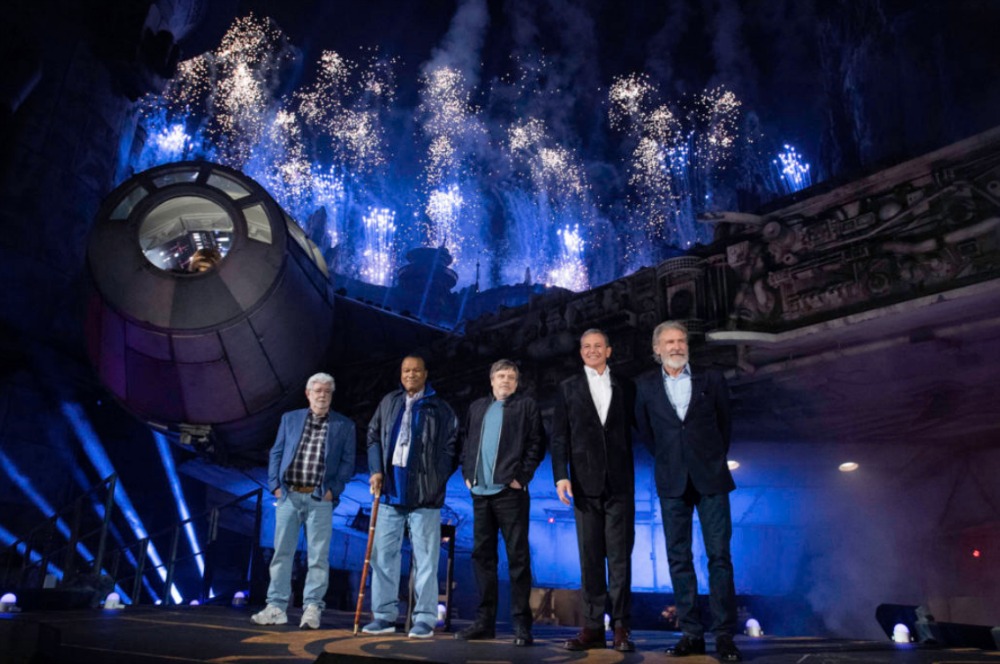 Once Hammill finished speaking, Iger introduced the inhabitants of Batuu, the Cast Members. Then Chewie appeared in the cockpit of the Millennium Falcon and Hammill decided that it was time to fire it up. Of course, she didn’t fire right up so Iger, after he expressed embarrassment,  asked, “Is there somebody who knows how to fix this thing?” A familiar voice came over the loudspeaker saying, “she may not look like much, but she’s got it where it counts” then Harrison Ford headed up the ramp to the stage and over to the Falcon to see if he can help out with it. One of my favorite parts was when Ford says, “Peter, this one’s for you!” and proceeds to smack her twice and Chewie starts her right up. As you know, Peter Mayhew, the actor who portrayed Chewbacca, sadly passed away last month. There were fireworks and lasers creating a really cool photo background.

This brings me to the question in my title; will the opening of Star Wars: Galaxy’s Edge at Walt Disney World be as epic as the one at Disneyland? I don’t know how they could top that, really, but if anyone can, it’s definitely them. I want to know what you all think. Will they do something similar and have the original celebrity cast present or will they do something completely different? And if they do decide to do something different, what do you think it might be? Let me know your thoughts in the comments below!

If you happened to miss the livestream of this epic celebration, you can watch the recording below.