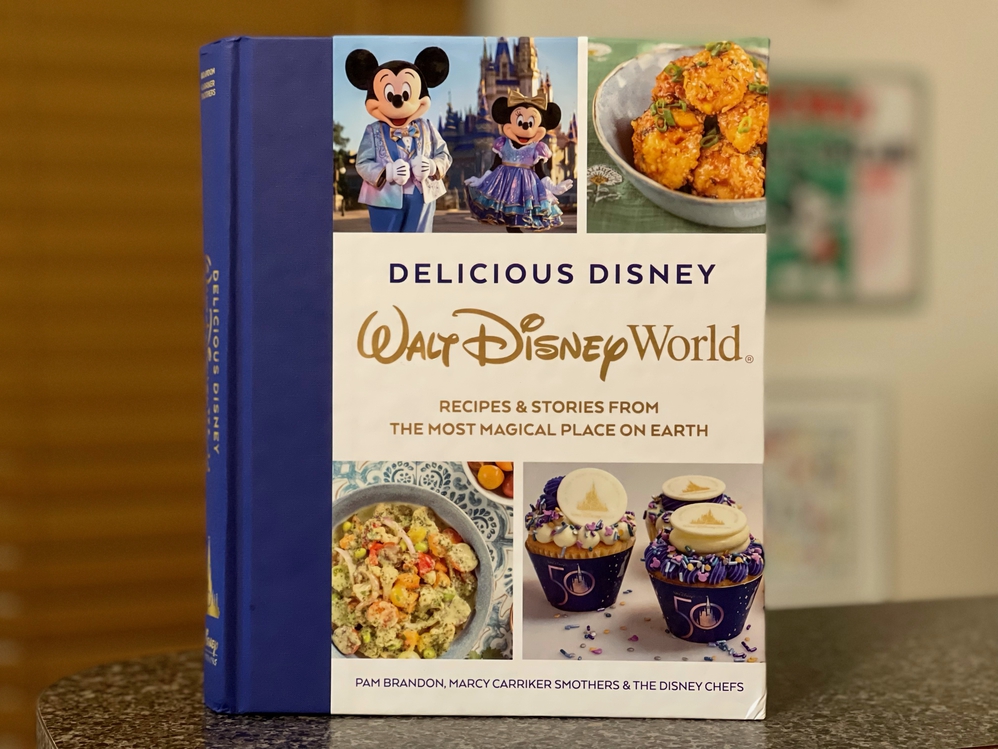 When people think of food at a theme park they think of fast food done poorly. Walt Disney created Disneyland for a whole host of reasons, including having a place where people can go that was not a cheap carnival or seedy fair. He wanted to build a better theme park. Part of that was having better food.

Planning what and where to eat plays a big part when people plan a trip to a Disney park, and that includes Walt Disney World.

From snacks such as Mickey Ice Cream Bars and Dole Whips to Canadian Cheddar Cheese Soup at Le Cellier Steakhouse and Breakfast Lasagna at the Magic Kingdom’s Crystal Palace Restaurant, guests have favorite must-have foods when visiting the park.

“Delicious Disney: Walt Disney World – Recipes & Stories from the Most Magical Place on Earth” includes more than 60 recipes from quick service to fine dining restaurants. Recipes include an assortment of appetizers, main courses, side dishes, desserts, and alcoholic and non-alcoholic beverages.

The book is divided into nine chapters ranging from food items that were once on the menu (Chapter One: Gone but Not Forgotten) to sweets and desserts (Chapter Nine: Happily Ever After) and everything in between. Brandon and Smothers cover a wide range of Walt Disney World’s food items and dining outlets. In Chapter Six: In (and Out of) This World, they even include information on Space 220, the latest restaurant that recently opened at EPCOT.

Although some of the recipes involve multiple steps, they are all straightforward with easy-to-find ingredients that can be purchased in most grocery stores. As with any recipe, make sure to read the entire recipe first as some cover multiple pages.

Disney fans will love cooking from “Delicious Disney: Walt Disney World – Recipes & Stories from the Most Magical Place on Earth,” however it is a great cookbook for anyone who loves to cook. The cookbook is filled with gorgeous full-color photos of each dish, as well as concept artwork, past and current photos of Walt Disney World, vintage restaurant menus, and other ephemera. Although all cookbooks should be read from cover to cover, this cookbook is no exception.

Is this cookbook on your list to pick up and try out?