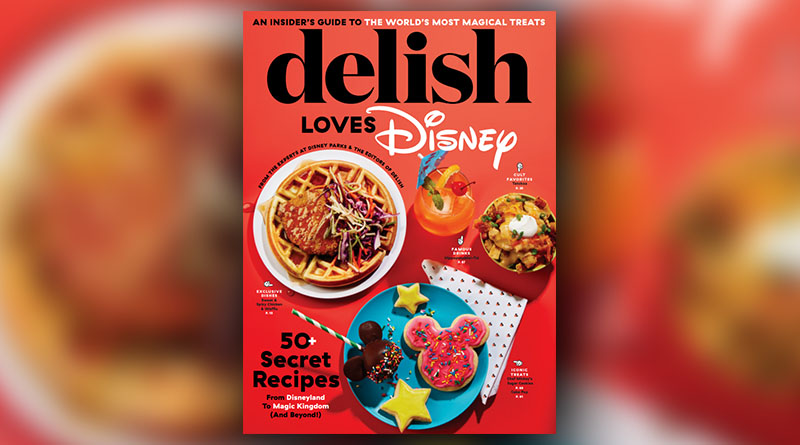 For some people out there, the main reason to go to Disney Parks is to eat and drink in excess. Calories don't count on vacation and Disney has plenty of them. We attach nostalgia to Disney food and drinks, make them family traditions, and return over and over to spark fond memories.

If you are obsessed with Disney food, chances are you own at least one official Disney cookbook or you've spent hours online finding Disney copycat recipes. Thanks to a mashup between Delish and Disney Parks, we now have even more recipes at our fingertips in their new magazine - Delish Loves Disney available only on Amazon for $13.99.

The recipes range from "that's shockingly easy" to "there's no way I'm ever buying all of these ingredients just for this one dish." There are also two bonus recipes - one is an Delish's unofficial recipe for Mickey Pretzels and the other is the official recipe for actor John Stamos' favorite Disney Parks dish.

Disney Parks Blog launched their "Cooking up the Magic" series last year and Disney Parks cookbooks have been around for years, so a lot of the recipes in the magazine are already available. That being said, the magazine has 15 never-before-published recipes meaning you can't complete your Disney recipe collection without it. If you don't like following recipes out of books and magazines, Delish offers the recipes as part of their digital subscription program.

Delish Loves Disney is a hybrid cookbook and coffee table magazine with picture perfect photos on glossy pages. The editors filled the magazine with their personal anecdotes and memories about visiting Disney Parks along with fun facts about the different dishes and restaurants. The magazine is definitely aimed at those who really want to recreate their favorite Disney meals, but Disney Parks fans in general may want to add it to their collection as a reminder of the places and food they love.

Head to Amazon to buy Delish Loves Disney, but for more Disney cooking at home, check out our own Deni Sunderly's Saturday Snacks here on The DIS!