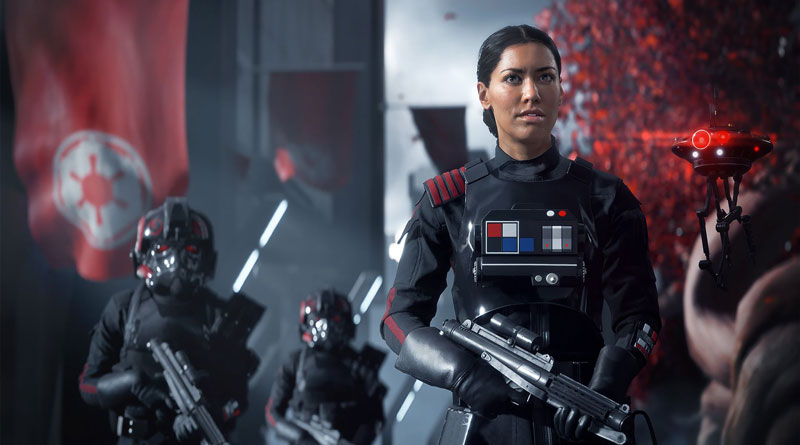 Tomorrow, June 13th, Cars 3: Driven to Win will be released in the United States, and this morning we have seen new trailers for Kingdom Hearts 3 and Star Wars Battlefront 2. This may have you wondering about what your options are when enjoying Disney property with your favorite console (if you have just one). Let us take a minute or two to go over some of the upcoming games to be released this year, so you have a better idea of what is in store for Disney, Marvel, and Star Wars in your gaming future. If you are unfamiliar with video games, or have just spent a long time away from them, one of these may be a perfect place for you to start.

*This article will be focused on console games for Nintendo, Xbox, Playstation, or PC. Cell phone or mobile games will not be covered here.

The first Disney property game to be released since Disney Interactive Studios shut down, Driven to Win was developed by Avalanche Software and is published by Warner Bros. Interactive Entertainment. Based on the film Cars 3, it is, of course, a racing game. The game features over 20 customizable characters and over 20 tracks. The characters include Lightning McQueen, Cruz Ramirez, Jackson Storm, and some of the next generation of competitors from the film. The tracks will be diverse and include iconic locations like Radiator Springs and Florida International Speedway. There are 6 race modes, allowing you to enjoy yourself alone or with friends. Given the lack of information on Kingdom Hearts 3, this almost didn’t make the list. It did for 2 reasons: 1) A new trailer was just released showing us some gameplay, with more to come at the D23 Expo. 2) If you are a Disney fan with even the tiniest interest in gaming, the Kingdom Hearts series is a must play.

The Kingdom Hearts games are action RPGs (role playing games) that combine a world of original characters, Disney characters, and Final Fantasy characters. The gameplay is similar to a Final Fantasy style, with the player controlling the main character and alternate members of his team. If you are unaware of the series I won’t bore you with the details, I’ll just ask you this: Does the idea of getting into an epic swords and sorcery battle as Donald Duck or Goofy seem like a fun way to spend your afternoon? I thought so. Play these games.

Well regarded for their style and substance, the previous games have a strong fan base for a reason. This is a highly anticipated sequel every Disney fan should be on the lookout for. Produced and distributed by Square Enix, expect this to be an option for most major consoles when it comes out. Until then, play the previous installments! Infinite is the latest installment in the Marvel vs. Capcom line of arcade style fighting games. If you have sat and wondered whether Iron Man could beat up Mega Man, this is how you find out. Infinite gives you a large roster of characters from the two properties, with options for single and multiple players. The story revolves around the characters trying to take on Ultron Sigma, a combination of villains from the two universes, and I’m sure it’s fine. The important part of these games, though, is the fighting.

In Infinite, players choose a team of 2 to go toe-to-toe with another duo. One new standout of Infinite is the use of the Infinity Stones, the six all-powerful objects from the Marvel Universe. Players can use to stones to customize characters and affect the outcomes of each throwdown. Training, Mission, and Arcade modes are available to single players looking for some action. If fighting the computer is not your style, online options allow for ranked and casual matches, leaderboards, and even online lobbies with a spectator mode. There will be a slew of characters to choose from including (but not limited to) Captain Marvel, Iron Man, Captain America, Ryu, Mega Man X, Morrigan, Hulk, Thor, Hawkeye, Rocket Raccoon, Chun-Li, Strider, Chris Redfield and Ultron.

Available on: Playstation 4, Xbox One, and PC If you’ve somehow managed to avoid ever playing a Lego console game, you are missing out. They manage to have the right amount of simplicity and depth to be fun for the whole family yet not in the least bit too silly for an avid gamer. Lego Marvel Superheroes 2 is set in Chronopolis, and there is something wrong with the time/space continuum that allows for all of your favorite Marvel heroes to be present for the same story. You’ve got your Avengers, your Guardians, even your alternate universe Spider-men/women.

The gameplay is usually a mixture of action, platforms, and puzzles that will keep you entertained. Lego manages to sidestep all of the grittiness in modern gaming and capture the pure fun involved, usually with a bit of humor thrown in there as well. If, like many others, you find games as a way to bring your family together and are seeking games that will appeal to everyone in the room, get yourself a copy of Lego Marvel Superheroes 2 when it comes out in September.

Available on: Playstation 4, Xbox One, PC, and Nintendo Switch (the release date for the Switch is different, and has not been announced)

Marvel’s Guardian of the Galaxy: The Telltale Series (First 2 episodes released, no date for later episodes) The Telltale series of games gives players a chance to feel as if they are a part of the story, making decisions that will affect the plot and overall outcome of events. Telltale’s Guardians of the Galaxy puts the player in the shoes of one of the Guardians (usually Star-Lord) as they undertake an adventure that is brand new to audiences.

The story is set around a powerful artifact that is desired by outside forces as well as the Guardians themselves. As the story progresses, players will explore environments, interact with other characters and objects, and navigate the occasional action sequence.

The game is split into 5 episodes, each with a title appropriate to Peter Quill’s musical tastes. The first two have been released, with no date announced yet for the third episode.

Available on: Playstation 4, Xbox One, PC Published by Electronic Arts, Star Wars Battlefront II promises to be a significantly in-depth experience. A must play for any Star Wars fan, the game will offer multiple styles of gameplay for those flying Solo as well as those in a squadron. Unlike many of the others mentioned, this game is an investment. It promises much in the way of original story and background information that will relate to the films, downloadable content to keep players interested, and numerous iconic characters and scenes for fans to saber vicariously through.

As for gameplay, Battlefront II will offer plenty of opportunities to wage galactic wars on the ground as well as in space, featuring full scale battles through city streets as well as epic space confrontations in a variety of vessels. A single-player storyline will allow players to experience a new narrative in the form of Iden Versio, commander of an Imperial Special Forces Unit, Inferno Squad. Gamers will be able to join massive online skirmishes with up to 40 players, or play split screen with a comrade in the room with them (split screen co-op is available only on PS4 and Xbox One). Iconic characters in the game will be there to fight as or against, such as Darth Maul, Rey, Kylo Ren, Yoda, and more.

The next major purchase of any true Star Wars fan, whether it’s for the story or the action, make sure to save some money for it before November.

Available on: Playstation 4, Xbox One, PC