DIS Unplugged Auction for Give Kids The World! Your support is Giving Hope To Wishes
By Charles Boda 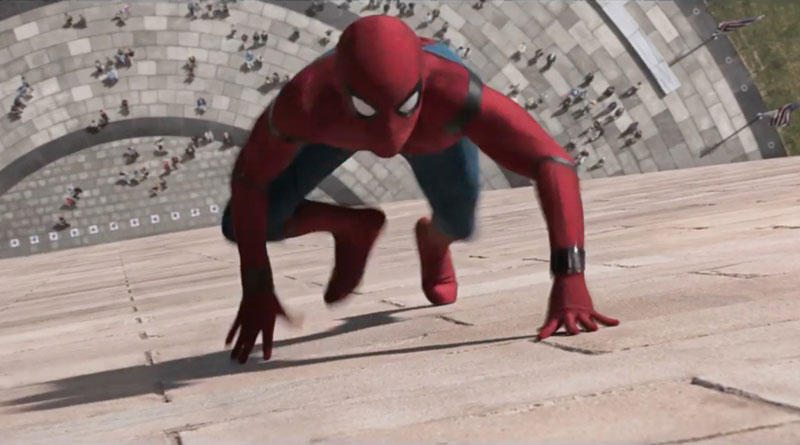 ShareTweetSubscribe
Over the next week or so, you are going to see many articles that review Marvel's Spider-Man: Homecoming, written by professional film critics and casual movie-goers alike. They will dissect critical aspects of what makes a good movie; things like cinematography, pacing, dramatic tension, score, casting, and overall plot strength. This isn’t one of those articles. This review is about what I believe Spider-Man represents for those of us who have followed his exploits throughout the years, and just how well Homecoming stayed true to the web-slinger we know and love. Just what Spider-Man is the newest generation of fans getting, and does he represent the same things? *I have tried to keep this spoiler free, as it was just released and is worth your time, so I'll be very vague on descriptions* So, let me just give you some background real quick, so you understand why I take my web-slinging so seriously. My Spidey came from years of reading comics, before that became an acceptable pastime. I am not telling you this as some sort of nerd-elitism; I am saying quite simply that I was not at all cool. For most of my youth, I was small, looked years younger than my classmates, and aced every test put in front of me. Girls weren’t disgusted by me, but they certainly weren’t hanging pictures of me in their lockers. Growing up as a comic fan, I was well aware that I was nothing like the protagonists from my favorite heroic adventures. I am not a rich playboy, a genius inventor, or an all-powerful alien. I’m starting to think I’m probably not a Norse thunder-god either. A smart, awkward guy with a good heart who constantly questions himself? Yup, I could be that. I could be Peter Parker. That feeling did not disappear as I got older. Phoning it in at a minimum wage job with an abusive boss? No worries, so is Peter Parker. Having trouble being open and honest in relationships? Oh man, Pete is the worst at that! Temporarily turned dark due to an evil alien symbiote? No? Ok, maybe that problem is Spidey-specific. My point is, at the age of 35 I still feel a strong connection to the character. My best decisions have been made with the idea that I need to use my meager amount of power responsibly. WWS-MD? To this day, when I exercise, my goal is to be in Spider-Man shape (I can’t do Cap or Thor, the protein shakes alone would bankrupt me). So what defines Spider-Man, and how does Homecoming measure up? Let’s break it down: Peter Parker is a geek: One crucial element of the character is his somewhat stereotypical nerdness. He starts out as a socially awkward, clumsy, poorly-dressed teen. He is passionate about science and academics, and is lost when it comes to interactions with his classmates. This does not prevent him from having good friends, however, and as Peter develops he gets a cast of inexplicably beautiful women as love interests. Why is this? Nerd wish-fulfillment? Maybe. Possibly, though, it is because when people spend any amount of time with Peter Parker they realize he is a sweet, funny, likable guy. He is a good friend to have, if you don't mind the occasional kidnappings and errant pumpkin-bombs. The lesson from this, in my humble opinion, is that as we grow into adulthood we realize that a strong and earnest personality transcends the superficial judgments we base our youth around. Spider-Man: Homecoming does something a little different, but no less important. Homecoming's Peter is still a geek, with the accompanying geek best friend, Ned. Peter and Ned spend their after school time doing things like building Lego Death Stars. They are anxious and uncomfortable at the first party they get invited to. They are nerds. This isn't all bad though. Peter may not exactly be cool, but he isn't completely lost either. In Homecoming, Peter is the star of his school's academic team, which may not seem that impressive, but it is in the circles he travels in. Unlike the comics, where his biggest high school antagonist was a bargain basement bully named Flash Thompson, this version of Flash is also an academic. The girl Peter has feelings for is an upperclassman training the academic team. Pete's life revolves around academics, so naturally, the people he interacts most with do as well. He is never called out for his sciencey t-shirts, or having his nose in a book because those aren't regarded as bad things. Peter is a geek primarily because he is a bit awkward, not because he is intelligent. The one place he seems to get some honest respect is when he is competing academically. The lesson for this generation of Spider-fans might be this: Science made Spider-Man, Peter Parker likes science; popular kids, jerks, rebels, they can all be intelligent. Don't be ashamed to go out there and use your brain for something. Peter Parker is overwhelmed, and being Spider-Man is hard: A vast amount of being Spider-Man is reacting to things. Spidey doesn't spend hours looking for his opponent's weakness in a spider-cave. Whatever research or planning he does is usually last-minute and rushed. He is constantly almost getting caught being Spider-Man. He is late for everything, if he even shows up at all. He is not a multi-tasker. It seems like every time Peter Parker fixes one problem, five more fall in his lap. He is trying to work a day job, fight crime, maintain a relationship, and be present for his family. He can't possibly have enough time to do all of this well, so his entire life is spent with last-minute half-hearted attempts to not lose one or all of these things. Remove the crime-fighting aspect and that describes half of the people I know. Life gets overwhelming, and you can't fix everything. Sometimes you just gotta throw that mask on and focus on the next right thing. Homecoming doesn't skimp on this aspect of the wall-crawler's existence. Peter has difficulty balancing his crime-fighting with his academic and social life. It does focus on a different element though, one that is no less appropriate for adults as it is for a teenage audience. Half of Peter's problems in Homecoming are of his own making. In his desire to prove himself to Tony Stark and the Avengers, Spider-Man makes many situations worse, if not outright creates them. Due to a lack of patience, he consistently gets in over his head. He worries people don't take him seriously, so he throws himself into situations he has no experience with and shouldn't try to handle alone. Then, he has to face the consequences of those decisions. Yup, still a Spidey I can relate to. Spider-Man tries, and fails, and cares: Some of Peter Parker's most defining moments are failures. Uncle Ben, Gwen Stacey, an entire life's worth of people he couldn't save and decisions he should have made differently. The odds are almost always against him, and he is far from perfect. Spider-Man lives in a universe where he has the power to change things in a positive manner, but he is far from the most powerful. Every day, teams of villains conspire to ruin his life. Every day, his relationships suffer. Every day, he is berated at school or work, and then beaten in the streets of New York. Every day, someone in his personal life turns out to be a sadistic villain. Yet, every day, Spider-Man suits up and goes to work. Spider-Man can't catch a break, and he gets beaten a lot. That doesn't change the fact that he knows in his heart that what he is doing helps people. What is even more important, though, is that he enjoys it. Not just the thrill of punching bad-guys, but of making the days safer for the people of New York. He isn't your dark-tortured neighborhood Spider-Man. He is your Friendly Neighborhood Spider-Man. Spider-Man: Homecoming shows us a Spider-Man with no experience, who is constantly stumbling through crime-fighting attempts and barely scraping by. His decision making is flawed, and very few of his exploits could be termed successful. When he has his greatest failure in the film, though, he still suits up and powers through. He remains the underdog throughout the film, mostly due to a complete lack of experience. Homecoming's Spidey genuinely cares about the people in his community. He is trying to make a positive difference in people's lives, even if it means getting smacked around a bit. He has no idea what he is doing, but he does know why he is doing it. Spider-Man's place in the pantheon of Marvel heroes, and just what type of hero he is, is cemented in a decision he makes at the film's end. I won't spoil it for you, but you'll be proud of him. So, is this a Spider-Man that stays true to what I grew up with? I think so. There are differences, of course, but times change and things need to stay fresh. I'll be honest, I do miss "With great power comes great responsibility". It's probably too cliche by now, but I still think of that phrase often when wondering if I'm doing enough good in the world. This isn't exactly my Spider-Man, he is younger and a bit cooler, but that's alright. The important thing is, will some nerdy kid out there get the same sense of confidence and hope that Spider-Man gave me? That, I can't answer. I hope so. Images: Marvel
ShareTweetSubscribe