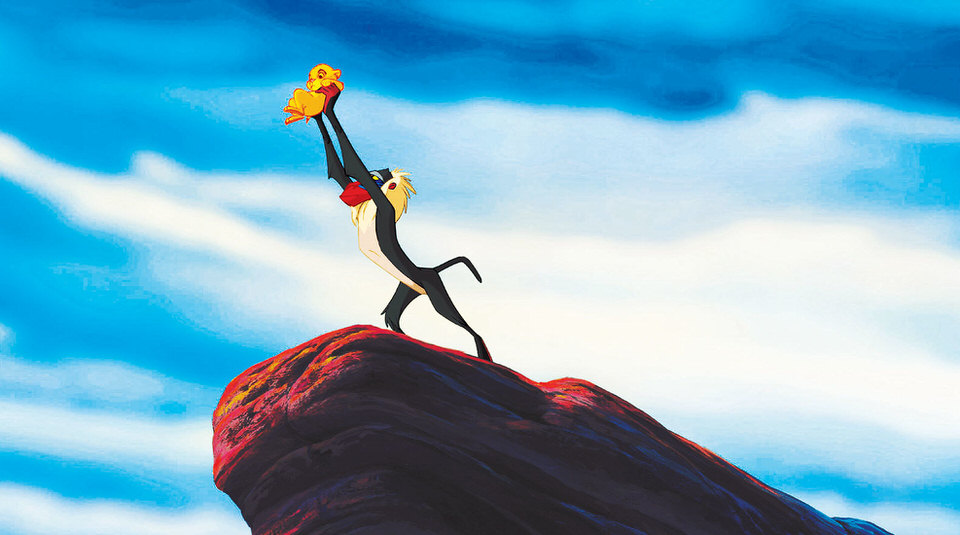 ShareTweetSubscribe
It seems like no time has passed since the Disney Vault opened up for Bambi back in June, but it has opened once again and this time for a Disney Renaissance classic - The Lion King. This release is part of the Walt Disney Signature Collection and marks the second time that The Lion King has been released on Blu-ray. This time around the combo pack is coming standard with the Blu-ray disc, as well as a DVD, and digital copy. In the previous Diamond Edition release, only the special 3D Blu-ray combo pack received a digital copy. If you didn't get The Lion King back when it was last released on Blu-ray, don't waste anymore time adding it to your collection. If you already have it, let's go over what is included on this new release to help you decide whether or not it is worth the double dip. The Lion King It's hard to believe that back during the initial development of The Lion King that many animators were choosing to work on Pocahontas over it, because they thought Pocahontas would end up being more prestigious and successful. Over 20 years later, The Lion King remains a classic and the last truly great movie of the Disney Renaissance that started with The Little Mermaid. Just to clarify, I do believe that Pocahontas, Hunchback of Notre Dame, and Hercules are all good movies, but they aren't on the same level as The Little Mermaid, Beauty and the Beast, Aladdin, or The Lion King. Anyways, I don't think I need to explain the plot to anyone at this point. If you haven't seen The Lion King before then chances are you aren't a massive fan of Disney movies, because it is one of the best, and probably my favorite modern Disney movie.  The Lion King is absolutely a Disney classic in every way, shape and form. The animation still holds so much beauty to this day, from the design of the characters to the flourishing colors used throughout the entire movie. The voice talent could not be more ideal whether discussing the combo of Nathan Lane and Ernie Sabella as Timon and Pumba, or Jeremy Irons as Scar, and do I even have to bring up James Earl Jones’ commanding performance as Mufasa? The music feels timeless and when you can say that "Be Prepared" is the weakest song in the movie compared to "Circle of Life," "I Just Cant Wait to Be King," "Hakuna Matata," and "Can you Feel the Love Tonight" then you are saying a lot. The icing on the cake for me is the moving score by Hans Zimmer and other orchestral and choral elements arranged by Lebo M. There is just so much good happening in The Lion King.

In terms of the audio and video, there is no change between this release and the last time that The Lion King was released on Blu-ray, so don’t expect a newly remastered version. It is an upgrade from DVD or VHS, but not the last Blu-ray that was put out.

Usually when I am looking over the bonus features for titles in the Walt Disney Signature Collection there is a recurring trend. With Pinocchio and Bambi, there was nothing extremely unique or brand new with the exception of Oswald the Lucky Rabbit shorts and a featurette on Tyrus Wong. However, this is not the case for The Lion King, and I think a lot of that can be credited to the fact that the filmmakers and cast are still alive and working, allowing for the creation of new bonus material and the discovery of not-often-seen footage. While The Lion King has had way more bonus features in past releases, this reissue still manages to add some genuinely good behind-the-scenes shorts to the pot. Let's take a look at the bonus features on this disc.

It is worth noting that all of the bonus features from the Platinum Edition DVD and the Diamond Edition Blu-ray are all available to watch digitally, which is great for those that missed out on picking up those releases of The Lion King, but it is also great to have all the features in one easy to access place. The purist in me would've preferred an ULTIMATE 4 disc set with 2 discs of special features, but I'm quirky like that. When you add up everything you get - a beautiful copy of one of the best Disney movies ever and a good variety of new special features along with all of the previous features you could ever want - it is pretty easy to come to the conclusion that The Lion King is a must-purchase for those who have never owned it or only have it on DVD. If The Lion King is one of of your favorite Disney movies or you are fascinated with the making of movies, I would say that this a definitely worth adding alongside the Diamond Edition Blu-ray.