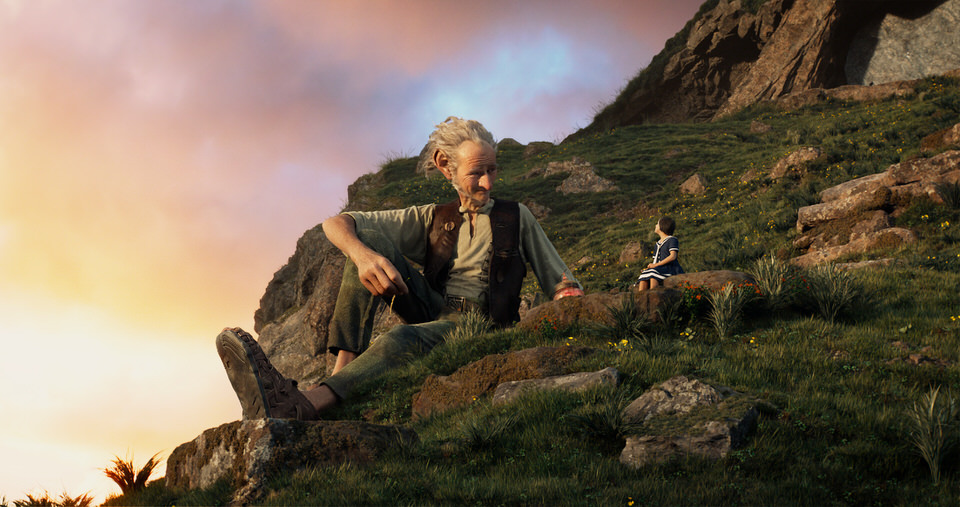 ShareTweetSubscribe
Walt Disney Studios has had a pretty killer year thus far, mostly due to animated hits like Zootopia and Finding Dory, but there has also been a few stumbles along the way. One that sticks out in particular is The BFG, Steven Spielberg's first Disney branded film. The BFG is an adaptation of Roald Dahl's book 1982 book of the same name and the second time Disney has taken a crack at a Dahl property, the first being James and the Giant Peach. The movie was certified fresh on Rotten Tomatoes, but never really struck a cord with audiences resulting in a dismal domestic box office take of only $55 million. Still, there are some merits to picking up the home release of Spielberg's latest movie. Let's look at the reasons why you should bring home The BFG on Blu-ray. The BFG Usually when I recommend a Blu-ray, the best reason to buy is because of the movie itself, but with The BFG that is not quite the case. The BFG is about Sophie (Ruby Barnhill), a 10-year-old orphan who is taken by BFG  "Big Friendly Giant" (Mark Rylance) to Giant Country after she spots him late one night. Sophie also encounters the other man-eating giants of Giant Country and helps the BFG, with the assistance of the Queen of England, to stop them before more people go missing. I read many of Roald Dahl's books during my childhood, but I must admit that The BFG was not one of them so this story was new to me. However, from what I've learned, Spielberg's film is a very accurate adaption of the book and deserves many merits for the effort. The greater issue lies in the translation of Roald Dahl to the screen. With the exception of Fantastic Mr. Fox and Willy Wonka and the Chocolate Factory, Dahl movies just don't quite play well on the big screen. Yes, I know a lot of kids of the '90s would disagree and cite Matilda, James and the Giant Peach, and Charlie and the Chocolate Factory as good adaptations, but none of those films have aged well, especially when you compare it to Willy Wonka and the Chocolate Factory. Something about Roald Dahl just works best as a written material. Maybe it is the extra imagination required when reading his books, but The BFG and others just end up being visually interesting, but on the boring side. That leads me to the visuals of the film. Mark Rylance as the BFG, as well as Jemaine Clement, Bill Hader, and others pull off great performances using mo-cap, but the over reliance of computer animation will date this film the same way CG-heavy movies from the late '90s or mid 2000s are easy to pick out in the 2010s. As said in a bonus feature, the reason this movie was finally made was because the technology was finally in place to make The BFG the way they wanted, but in ten years this movie is going to look very 2016 due to a lack of practical effects. I know CG can be used in many great ways in movie making, but The BFG goes just a bit too far and loses touch with reality. The exception is during the opening sequence of the movie and scenes with the Queen that are all grounded outside of Giant Country. Finally, the movie never captured the magic Steven Spielberg was looking for when making The BFG. Melissa Mathison, Harrison Ford's second wife and writer of Spielberg's masterpiece E.T. the Extra-Terrestrial, was brought in to write the screenplay after many years away from the industry in an attempt to make one more family-friendly film with Spielberg that could stand the test of time like E.T., but it just didn't work. Again, I more or less blame the difficulty of translating Dahl to screen, but you also have to look at how hard Spielberg and Mathison were pushing for another E.T., and you can't just make that kind of magic happen twice. So, the movie isn't bad, mostly just boring, but it isn't terrible either. It is definitely worth a watch, but I doubt it will be that movie that kids will want to watch over and over again at home. Bonus Features Now, I know the reason most people would give this Blu-ray a shot is because of the movie, but I think the real hidden gems on this disc are actually the special features attached. While there are only five extras on this disc, three of them are pretty amazing and more entertaining than the movie itself. Let's go over the ones that stand out above the rest. The Outcome While The BFG wasn't my cup of tea, it is definitely worth giving a shot at least once, especially as a movie to watch alongside the family. As for purchasing the Blu-ray, the bonus features are definitely the selling point, and definitely something that Spielberg enthusiasts and perfectionists will want to have. The BFG is available on Blu-ray, DVD, and Digital HD on November 29, 2016.